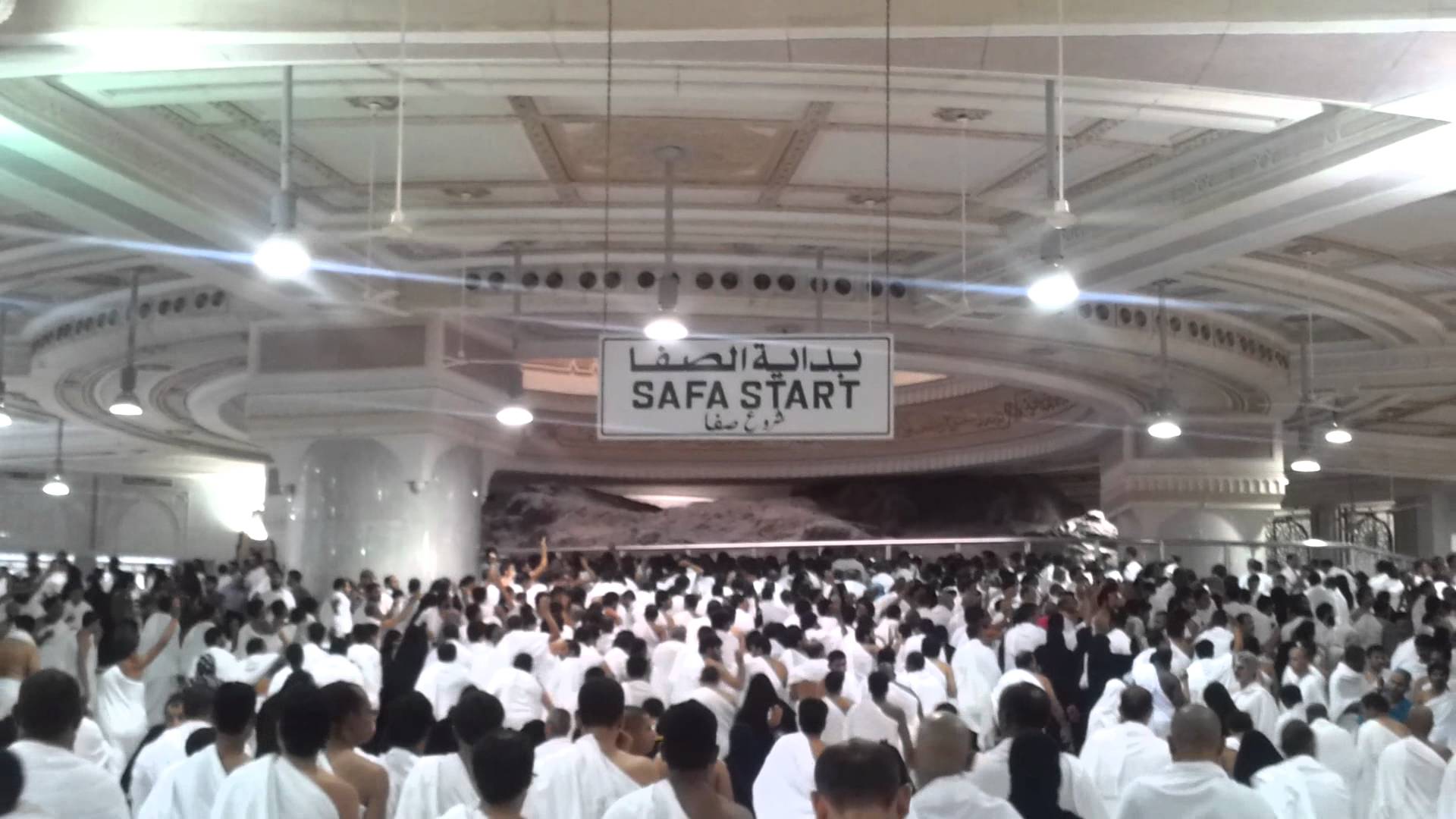 From the Realities of Mawlana (Q)

Al-hal is the inner state of a person, which determines to what level he will be raised and how he experiences inspiration through his heart.

Grandshaykh AbdAllah (Q) said these different characteristics come to people from seven different springs, each which flows from a unique source. The different states people experience are influenced by the specific types of angels that Allah (AJ) assigns to help them progress from one internal state to another.

1- The first Spring is to Inspire Good Deeds:

Everything on this earth is maintained and supervised by angels to whom Allah assigned specific tasks and responsibilities.

2- The Second Spring is Awareness of your Achievements

The second spring that reaches Allah’s servant is conducted by another type of angel which makes him aware of what he has achieved,

While the first and second heavenly springs are conducted to each person by angels,

3- The third spring is different. On the Day of Promises, when all things were atoms in the Divine Presence, when Allah created your essence, your secrets, your dhat. He also assigned you to the care of your murshid, who guides you through your internal states into the role you are destined to assume in this life, and in ways to improve yourself.

The third spring comes to us when we keep the orders of the Murshid at-Tazkiyya, following his guidance, following the footsteps of Sayyidina Muhammad {s}, doing the specific daily awrad we are assigned, offering dhikr-ullah and all the prayers on time, observing all the sunnah of Prophet. When this outward conduct is achieved our hearts begin to move, like one who breathes quickly.

The heart palpitates and the murid “catches on fire”.

4- At this level, the fourth spring reaches him and he begins to receive heavenly blessings, because he received from the angels of the first and second springs, from the Murshid at-Tazkiyya, following the awrad and sunnah, resulting in Allah’s mercy descending on him.

Now his heart begins to palpitate, and the

5- fifth spring comes to him.

6- Then Allah inspires the murid to reach the sixth spring. At this level, when the murid begins to recite Holy Qur`an ‑ Allah’s ancient words –

After one enters these six different levels,

7- Allah allows them to reach the seventh spring, 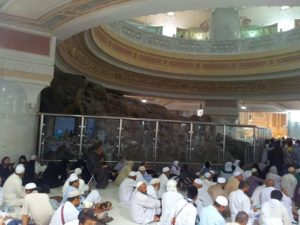 The Spring of Innocence

A child is born in innocence.

Prophet {S} also said if the pipe of the servant is still connected with his origin, with his heavenly source.

No one came into dunya laughing or smiling; they cry! Only Prophet {S} didn’t cry when he came to dunya; he immediately recited ummati ummati, “My nation, My nation,” and went into sajdah, asking Allah to protect his ummah.

Sayyidina Isa (a) didn’t cry when he came to dunya; he said, inni abdullah!

Babies cry when they are born, because they fear now they will be tempted to sin and will not know what to do. Prophet {S} said that when a child is born, either his parents make him a Jew, a Christian or a Zoroastrian, while in fact the child is already Muslim, because that pre-existing heavenly `ilm and worship cannot be darkened. So if that child comes to dunya and begins to deviate from what he was previously taught in Paradise, he becomes veiled from heavenly powers. If his parents are not observing states of ritual purity and prayer, if they expose him to different bad characters, he will be veiled to the Divine reality.

At the time of birth he can still see, he still has that vivid link to Paradise, but when he is veiled that vision is completely veiled. However, in His Mercy, Allah I preserves all the blessing and light associated with that baby’s worship in Paradise! So when he reaches the age of obligation (adulthood), Allah restores to him the benefit of all his worship that he performed in his spiritual life in the Divine Presence.

That person might sin and repent, sin again and repent again, but he will still be credited with that previous worship.

That’s why when someone is given back to their heart, they are happy. Sometimes you feel so happy and you don’t know why. There is no reason or explanation, just happiness. You feel light, with no troubles. Allah r knows you are a sincere servant, and He opens more for you from that heavenly presence, if fills your heart, and you find yourself in a state of contentment. About this Allah I said, ala bi dhikr-ullahi tatmainnul qulub, “In Allah’s remembrance hearts find satisfaction, relaxation!”

The human body is a physical form subject to physical laws. It is dense and gravity pulls in down, holding it to the earth. If we use the example of a metal cylinder filled with helium gas, the cylinder is heavy. However, by changing the density of the helium, it can fill a balloon that will ascend up into the atmosphere. When Allah r restores all your previous dhikr, it fills you like a helium balloon, and you feel light. When your previous prayers and dhikr enter the prison of your physical body and Allah I releases that holy energy, it balances you between the two worlds and makes you happy.

By Allah’s order to Prophet {S}, and from Prophet {S} to awliya-ullah who are responsible for your Murshid at-Tarbiyya, that energy is released. It raises you up and changes your system, completely freeing you from all kinds of depression, and you relax. You are reconnected with your reality that previously, because of yourself and the darkness of this dunya, you were unable to see, and you will begin to see things that others cannot see.

Following the way of Sayyidina Jalaluddin Rumi [q] , the Mevlavi tariqat practices a form of whirling that thrusts them into that pure state of ecstasy, when Allah I releases that holy power to Prophet {S}, and Prophet {S} releases it to awliya-ullah. This is what Sayyidina Jalaluddin Rumi experienced. When you go up, you don’t go straight ‑ you turn!

When the helicopter ascends its propeller spins, creating the power that thrusts it up off the ground. He was not dancing, he was spinning to that energy taking him upward.

This is the seventh power of knowledge: the “spring of innocence” of Islam,

Anyone who believes in and follows Allah  and His Prophet {S}, and follows the Divine message and the Way (tariqat) of their shaykh, especially the Murshid at-Tarbiyya, will inherit the huge blessings which Allah gave everyone on the Day of Promises, and the benefit of every unbeliever’s worship from that Day until they came to dunya.

Further, in these times when corruption is so widespread, believers get even more benefit. Prophet {S} said, min ahiya sunnati inda fasadi ummati falahu ajrun sab’eena shaheed aw miya shaheed, “When everyone leaves my sunnah, when there will be corruption throughout my nation,

Many condemn the dervishes who sit in the corner reciting dhikr-ullah, because they don’t know what kind of happiness these dervishes are experiencing! If a minute ray of light is opened from the Divine light falling on those dervishes, it will drown everyone in this dunya with that ecstasy.

So why would those dervishes want to leave that ecstasy for dunya? The goal of every mu’min and Muslim is to do good `amal so when he faces his Lord on Judgment Day, Allah is happy with him.

Those dervishes have already reached that level! May Allah forgive us, and help us understand the Way of awliya-ullah.

Don’t be a prisoner to your inner self, to your ego and the four enemies ‑ nafs, dunya, hawa, Shaytan – be a free person! Otherwise you will be a loser on the Day of Judgment.

Don’t ask to be an orphan! All their lives orphans experience nar al-hasra, the fire that burns from within, caused by the loss of something so precious.

Bihurmat al habeeb wa bi hurmat al-Fatiha. For the sake of the Beloved, for his sake we recite the Opening Chapter of Qur`an.

SECRETS OF STONING JAMARAT, Three Locks of the Heart

Reality of 7 Tawwaf – Your 7 Names in 7 Paradises