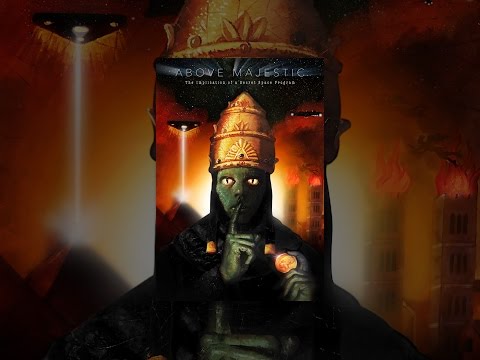 POWERFUL: HOW TO FIND OUR DIVINE PURPOSE | SECRET TO A MEANINGFUL LIFE | Sufi Meditation Center E258

On September 10 th 2001 Secretary of Defense Donald Rumsfeld announced that $2.3 trillion dollars could not be accounted for within Department of Defense expenditures. The very next day the Pentagon’s budget analyst’s office was destroyed in the 9/11 attack. The mystery remains: Where are the missing trillions Above Majestic is a shocking and provocative look at what it would take to hide a multi-trillion-dollar Secret Space Program (a clandestine group of elite military and corporate figureheads charged with reverse-engineering extraterrestrial technology also known as “Majestic 12”) from the public and the implications this would have for humanity. Viewers will be guided through take a deep dive into the origins, technologies, history, cover ups, conspiracies, testimony and research that goes beyond and Above Majestic. Featuring some the most prominent and prolific authors, researchers, whistle-blowers and disseminators in the movement for Truth and Full Disclosure. This includes David Wilcock, Corey Goode, John Desouza, William Tompkins, David Adair, Laura Eisenhower, Niara Isley, and Jordan Sather.

? Reality of the Atom, Electrons and the Nucleus and a Movement of Divine Love ★ E79 (E40) Sufi