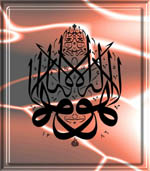 Yusuf of Hamadani was one of the rarest knowers of God, a pillar in the Sunnah of the Prophet

, and a unique saint. He was a religious leader, a religious scholar, and a Gnostic. He made progress in self-denial and contemplation until he became the Arch-Intercessor (Quawth) of his time.

Think not that there are no travelers on the road,
Or that those of perfect attribute leave no trace.
Just because you are not privy to the secrets,
Do you think that no one else is either?
—Rumi, Fihi ma fihi

Born in Buzanjird near Hamadan in 440 AH/1048 CE, Abu Yaqub Yusuf al-Hamadani moved from Hamadan to Baghdad when he was eighteen years old. He studied the Shafii school of jurisprudence under the supervision of the master of his time, Shaykh Ibrahim ibn Ali ibn Yusuf al-Firuzabadi.

He kept association in Baghdad with the great scholar, Abu Ishaq ash-Shirazi, who gave him greater deference than to any of his other students, although he was the youngest.

He was the master of his time in raising the stations of his followers. Scholars and pious people flooded in huge numbers into his center in the city of Merv, in present-day Turkmenistan, to listen to him. Later in his life, he secluded himself and left the world behind. He became an ascetic and engaged in constant worship and spiritual struggle. He associated with Shaykh Abd Allah Ghuwayni and Shaykh Hasan Simnani, but his secret was given him by Shaykh Abu Ali al-Farmadi.
He was so brilliant a jurisprudent that he became the most knowledgeable reference of his time for all scholars in the field. He was known in Baghdad, the center of Islamic knowledge, in Isfahan, Bukhara, Samarqand, Khwarazm, and throughout Central Asia.
He was known as the rain of realities and truth and spiritual knowledge. He finally settled in Merv. Through him countless miraculous events occurred.

From His Miracles
He reflected the Divine Attribute of Severity (al-Qahhar) with those who opposed the dissemination of spirituality. The following are two accounts of his miraculous deeds in that respect.

One day he was enlightening a group of the listeners with heavenly knowledge. Two literalist scholars who were present said, “Keep quiet because you are innovating.” He said to them, “Do not talk about matters that you do not understand. It is better for you to die than to stay.” As he spoke these words they immediately fell dead.

Ibn Hajar al-Haythami records in his book al-Fatawa al-Hadithiyya, that Abu Saeed Abd Allah ibn Abi Asrun, the Imam of the Shafii school, said:
When I began a search for religious knowledge I accompanied my friend, Ibn as-Saqa, who was a student in the Nizamiyya School, and it was our custom to visit the pious. We heard that there was in Baghdad a man named Yusuf al-Hamadani who was known as the Arch-Intercessor and that he was able to appear whenever he liked and was able to disappear whenever he liked.

So I decided to visit him along with Ibn as-Saqa and Shaykh Abd al-Qadir Gilani, who was a young man at that time. Ibn as-Saqa said, “When we visit Shaykh Yusuf al-Hamadani I am going to ask him a question the answer to which he will not know.” I said, “I am also going to ask him a question, and I want to see what he is going to say.” Shaykh Abd al-Qadir Gilani said, “O God, protect me from asking a saint like Yusuf al-Hamadani a question, but I will go into his presence asking for his blessings and Divine knowledge.”

We entered his group. He veiled himself from us and we did not see him until after one hour had passed. He looked at Ibn as-Saqa angrily and said, without having been informed of his name, “O Ibn as-Saqa, how dare you ask me a question when your intention is to confound me? Your question is this and your answer is this!” Then he said to Ibn Saqa, “I am seeing the fire of disbelief burning in your heart.” He looked at me and said, “O Abd Allah, are you asking me a question and awaiting my answer? Your question is this and your answer is this. Let the people be sad for you, because they are losing as a result of your disrespect for me.”

Then he looked at Shaykh Abd al-Qadir Gilani and said to him, “Approach, my son. I am going to bless you. O Abd al-Qadir, you have satisfied God and His Prophet

with your proper respect for me. I see you in the future sitting on the highest place in Baghdad, and speaking, and guiding people, and saying to them that your feet are on the neck of every saint. And I see every saint of your time bowing to you because of your great station and honor.”

Abd al-Qadir was raised and all that Shaykh al-Hamadani said about him came to pass. There came a time when he did say, “My feet are on the necks of all the saints.” He was a reference and a beacon guiding all people in his time to their destinations.

The fate of Ibn as-Saqa was something else. He was brilliant in his knowledge of the Divine Law. He surpassed all the scholars in his time. He debated with the scholars and prevailed over them, until the caliph called him to be in his company. One day the caliph sent him as a messenger to the king of Byzantium, who in his turn called all his priests and the scholars of the Christian religion to debate with him. Ibn as-Saqa defeated all of them in debate. They were unable to give answers in his presence. He was giving answers that made them look like children and mere students in his presence.

His brilliance so fascinated the king of Byzantium that he invited him to his private family meeting. There he saw the daughter of the king. He immediately fell in love with her, and he asked her father, the king, for her hand in marriage. She refused except on condition that he accept her religion. He left Islam and accepted the Christian religion of the princess. After his marriage, he became seriously ill. They threw him out of the palace. He became a town beggar, asking everyone for food, yet no one would provide for him. Darkness had come over his face.
One day I saw him again and I asked, “What happened to you?” He replied, “I fell into a temptation.” I asked him, “Do you remember anything from the Holy Quran?” He replied, “I only remember, ‘Again and again will those who disbelieve wish that they were Muslims (15:2).’” He was trembling as if he was giving up his last breath. I turned him towards the Kabah (the West), but he kept turning towards the East. Then I turned him back towards the Kabah, but he turned himself to the East. I turned him a third time, but he turned himself to the East. Then as his soul was passing from him, he said, “O God, that is the result of my disrespect to Your Arch-Intercessor, Yusuf al-Hamadani.”

I went to Damascus and the king there, Nuridin ash-Shahid, appointed me head of the religious department and I accepted. As a result, the world came from every side: provision, sustenance, fame, money, and position, for the rest of my life. That is what the Arch-Intercessor, Yusuf al-Hamadani, had predicted for me.
Yusuf al-Hamadani’s words illustrate his high station among the saints.

He said:
The opening of the faculty of spiritual hearing in the friends of God is like a message from Reality, a chapter in the Book of God, a blessing from the knowledge of the unseen. It is the beginning of the opening of the heart and its unveiling—good tidings from the heavenly stations! It is the dawn of understanding of Divine meanings. This hearing is sustenance for the spirit and life for the heart. It is the subsistence of the secret. God makes Himself Witness for the visions of His chosen servants, and adorns them with His blessed acts and decorates them with his Attributes.

Let it be known to you, O human being, that God has created, from the Light of His manifestations, 70,000 angels and assigned them to various stations between the Throne and the Chair.

In the Presence of Intimacy, their dress is green wool, their faces are like the full moon, they stand in His Presence in awe, fainting, drunk with His Love, running endlessly from the Throne to the Chair and back because of the emotion and the mercy which is burning in their hearts.Those are the Sufis of the heavens and Israfil

(the angel who will blow the Trumpet on the Judgment Day) is their leader and their guide, and Gabriel

is their president and their speaker, and al-Haqq (God, the Truth) is their King. God’s blessings are upon them.

This is how Mawlana Yusuf al-Hamadani, the shadow of God on earth, described the heavenly reality and exalted stations of the Sufis. May God bless his soul and sanctify him. He died in Khurasan, between Herat and Bakshur, on the 12th of Rabi al-Awwal, 535 AH/1140 CE and was buried in Merv. Near his tomb a large mosque and a large school were built. He passed his secret to Abul Abbas who in turn passed it on to Grandshaykh Abd al-Khaliq al-Ghujdawani, who received it directly from Yusuf al-Hamadani as well.Q