Home Building Good Character - Adab/Manners Are You Going to Support or Just Watch? Imam Mahdi (as) is Marching Forward 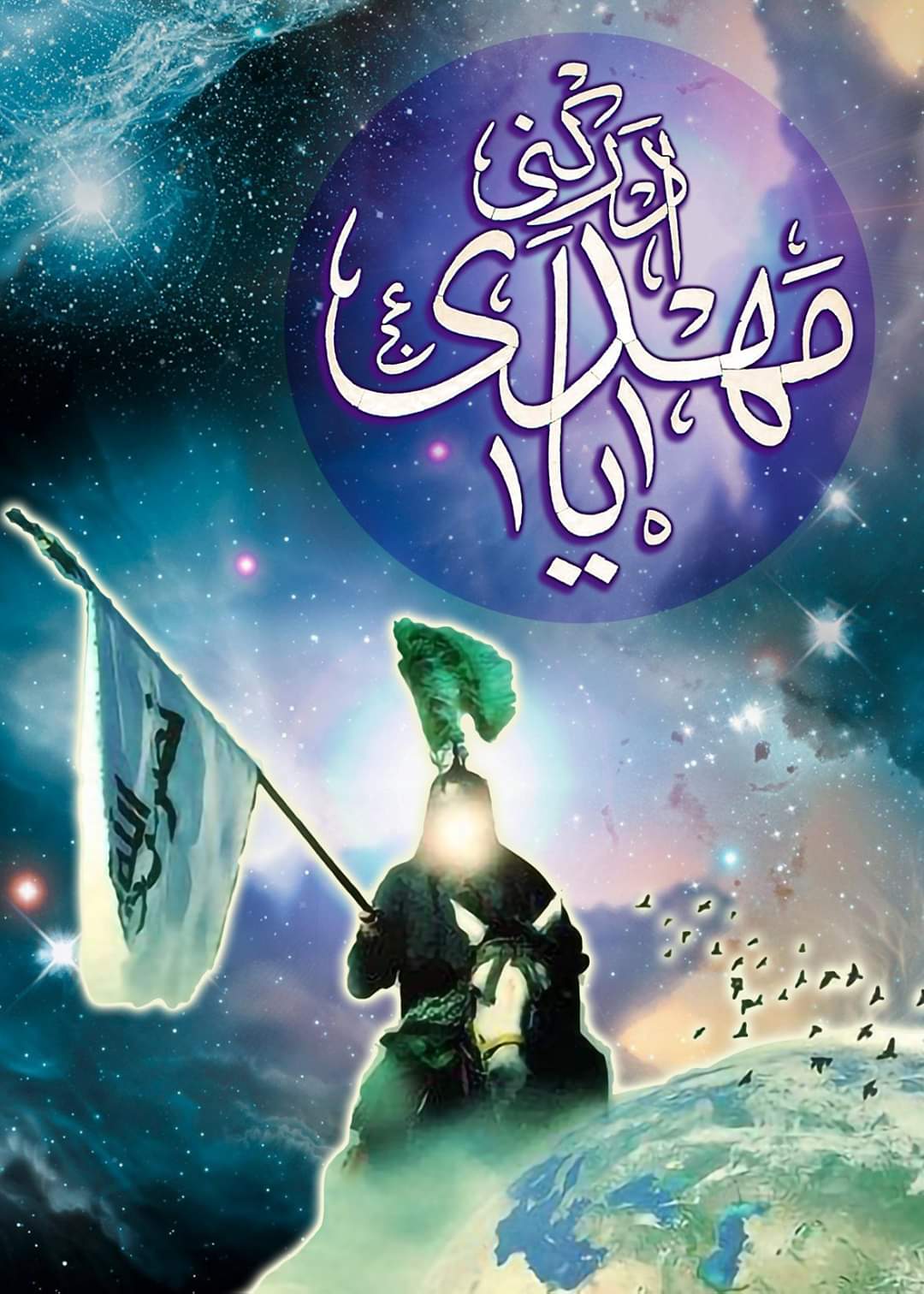 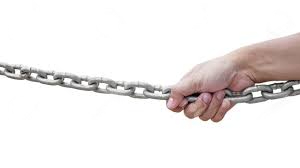 What’s forbidden and what’s allowed? Forbidden is to have a tuition at the door and say that, ‘You can’t come to the reality without giving something.’ That’s forbidden because we read Surat YaSeen, ‘They ask nothing from you as a fee for this guidance.’

“Obey/Follow those who ask no reward of you (for themselves), and who have themselves received Guidance.” (YaSeen, 36:21)

Are You Just a Spectator or Are You in the Game? 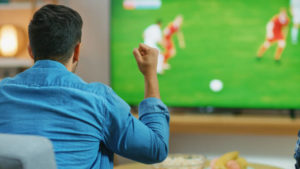 So, the videos are free. You see they’re being broadcasted for free all over YouTube. The postings are all free all over Facebook. Don’t get two things mixed up. The door is free for every reality. This is the way Allah (AJ) propagates knowledge. But if you want your connection stronger then they want you to tie a rope to the shaykh and in days like difficulty, this is not even a rope. This is like a metal chain. The more you commit yourself by giving to the tariqah (spiritual path), by supporting, by producing, by getting a book, by volunteering, by putting your time. If you don’t have any sweat into the game, you’re just a spectator, right? So, you’re watching sports; so people are going back and forth, you’re sitting on your couch and saying, ‘Hurray, Hurray!’ You’re not in a game, you’re just watching them.

Lock into this Reality By Supporting 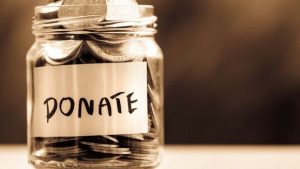 So, of course you feel worried at night that I just seem to be watching them. But these gentlemen have a lot of blood, sweat and tears into this game. They sit day and night producing videos, writing books, putting out posts, running a Center, doing everything. Doing everything possible and how we lock into the reality is then we support.

You Appreciate More For What You Paid 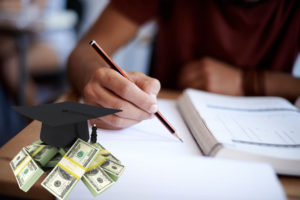 By working and giving towards that, you are building now a lock onto the shaykhs. Anyone who knows that anything they paid for, they appreciate a lot better. You know, when you pay for a subscription or you pay for school and you had to pay and you had to go work and pay for your class, for your tuition, you’re the first one to show up in the class.

If you didn’t pay and somebody else paid, you don’t even show up for class and then they keep asking you, your parents, ‘How come you don’t go?’ ‘Ah, I don’t… I’ll go later.’ But if you see some of these students that they work their way through school. They sat and sold coffee so they can pay for their course. They’re the first people to show up in the course because they have some sweat in the game. They’re participating in it and Allah (AJ) knows that reality.

Lock Your Heart and Make Your Faith to Be Real

Your heart becomes locked in it. Then you’re not going to be the people who keep emailing that, ‘I want to go to this shaykh, I’ll watch this shaykh, I’ll do with this shaykh.’ If you’re going to support all of them, then congratulations. But if you’re supporting none of them and you’re just watching everything, it’s like a couch potato. You’re just sitting on the couch and, ‘Woohoo, look. They’re doing good, they’re doing good.’

This tariqah (spiritual path) and this way that Allah (AJ) is giving to make your faith to be real. When you make your faith real – we’re not coffee shop people that only talk about a reality – ‘I want to be with Sayyidina Mahdi (as). Oh, I want to go and fight with Sayyidina Mahdi (as).’ The fight’s already begun. How come you’re not here? What are you waiting for? Who do you think is propagating all these attacks against every false knowledge?

Sayyidina Mahdi (as) is Marching with Heavenly Knowledges – Where are You? 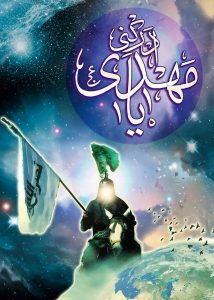 We gave talks before that every knowledge that comes out like a bazooka against their teachings. When a city is teaching Wahhabi teachings, when people are propagating falsehood and lies and ignorance, these haqqaiqs (realities) – they come out like a bazooka. Hit into the city and begin to smash all their walls, smash all their falsehood. Whose flag is that? Already Sayyidina Mahdi (as) is marching, is marching with knowledges and haqqaiqs. And why are you sitting on the couch and not doing anything? Not participating and waiting for a day that what? You’re going to…when they start to run on the street? You’re too tired then.

Dajjal Wants Us to Forget About Muhammadun Rasulullah ﷺ 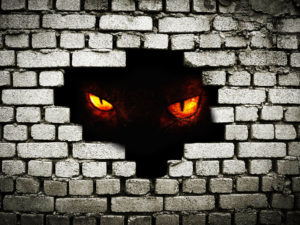 So, it means that the fight has already begun. It’s the fight of knowledge and for the heart and minds of people. That wake up from what dajjal (man of deceit) is saying and what he’s teaching. We told you before dajjal is not coming to you to make you Christian and Jewish. He’s coming to corrupt your Islam and that’s why we read on all these ayatul kareem (the generous verses of Holy Qur’an).

They’re going to wake up astonished that how they ended up in Allah’s (AJ) anger thinking that they were believing. Dajjal come to Muslims and take away their belief. The true belief is in the reality and the love of Allah (AJ) and the love of Sayyidina Muhammad ﷺ. Dajjal is going to take like a little brick by brick away, away, so that you think it’s just Allah (AJ) – “La ilaha illAllah” that’s it. You’ll begin to forget about “Muhammadun Rasulullah ﷺ.” Astaghfirullah al-Azim (I seek forgiveness of Allah the Magnificent)! That’s dajjal’s plan and you see it. You see it with their mazhabs (school of thought). They have no respect! They have no understanding for that reality.

Nothing Can Save You But the Love of Sayyidina Muhammad ﷺ 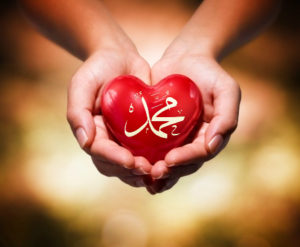 People are even becoming angrier on the internet. They come to the channel and they leave comments whom they used to be believers in a reality. They leave angry comments, ‘What’s this foolishness? Stick with Qur’an and Hadith’ because they see a thumbnail.  The level of ignorance is they saw a thumbnail, but they didn’t watch the talk. There’s not a single talk that doesn’t involve Holy Qur’an and holy Hadith. It’s just you don’t know the Qur’an and you must not understand any of the hadith, for anyone to say something like that.

So, it means it’s all there, but dajjal is coming, taking the hearts of the Muslims. So, that why? To take any type of power away from you, take any type of light from your heart. If you don’t have the love of Sayyidina Muhammad ﷺ, what going to save you? Talk all you want about everything, but if you’re not involving that talk with the love and reverence for Sayyidina Muhammad ﷺ, what iman (faith) is going to grow into the heart of people?

Make Your Lock Stronger, Don’t Blow Away in the Wind 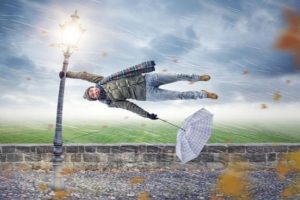 So, that’s why if you like the channel, you like the way that everything’s doing, then you support, you get involved, you participate. That participation is like a lock and you’re less likely to run away. Say ‘Oh, I’m too committed to these people. I’ve been involved a long time. Where I’m going to go and re-establish and remake my connection and then re-volunteer for everything?’

Increase Your Participation and Allah (AJ) Grants Faith in the Heart 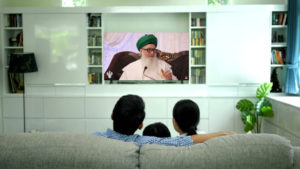 So, an advice always for ourselves, and we lived our life with that reality, that you want a stronger connection? Participate more. Pay your tuition, get involved. Make it something that you’re so involved in that you’re going to force yourself to sit on Thursday night, Friday night, Saturday night and that it opens the reality of iman (faith). Because Allah (AJ) is the One whom grants the reward.

Allah (AJ) said, ‘Look how much faith, how much that person is doing, how much the person is committed.’ Allah (AJ) grants the faith into the heart, the love and the ishq of Sayyidina Muhammad ﷺ. But for your nafs (ego), it ties with a bond because you tell your nafs, ‘How I’m going to go watch someone else? I’m very committed. He’s about to start. I’ve been supporting. Of course, I’m going to participate. So, inshaAllah, Allah (AJ) make for those whom have been asking through emails and a lot of them coming in, ‘How to make it strong? How to make it strong?’ 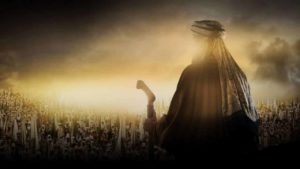 No doubt the salawats (praises upon Prophet Muhammad ﷺ), no doubt all the practices. But to make the connection strong so that you don’t go bouncing around, tuning on every channel possible, participating everywhere possible, is make your commitment and your loyalty. As you’re committed then lock it in, lock it in, lock it in, so that the faith grows and that becomes like the example of Sahabi (Holy Companions of Prophet Muhammad ﷺ). They weren’t going everywhere. They were sitting and they were giving their life to Sayyidina Muhammad ﷺ – life and death. Anyone waiting for Sayyidina Mahdi (as), it’s already begun and the first step is knowledge and propagation of knowledge.

Allah (AJ) is Our Guardian and Protector 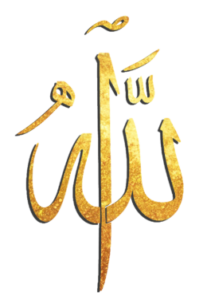 “Sufficient for us is Allah, and [He is] the best Disposer of affairs. (3:173) The very best Master and the best defender/protector.

Allah (AJ) is telling us from Holy Qur’an, ‘Put your faith and trust in Me. That I’m your Mawla, I’m your guardian.’ There’s nobody who can give you safety. There’s no one who can inject you with safety. There’s no protection and safety except by Allah (AJ). If Allah (AJ) is your guardian and your protector, it’s enough for you to drink water and everything to vanish. But we’re not reaching to that level of faith. So, tariqah (spiritual path) is coming to teach us to reach there, to have the love of Sayyidina Muhammad ﷺ, do these practices, do these realities and enter into the immense love and ishq, inshaAllah.