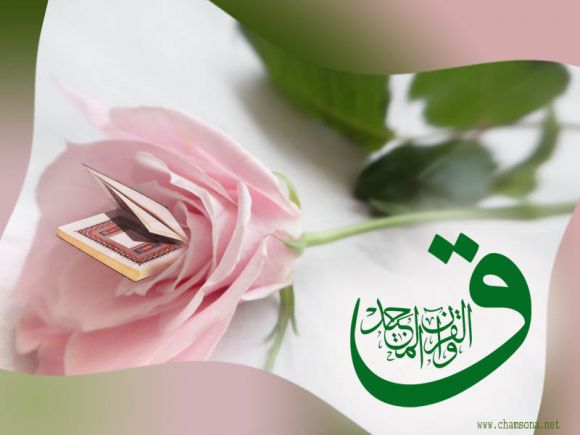 From the Realities of Mawlana Shaykh (Q) as taught by Shaykh Nurjan Mirahmadi.

I seek refuge in Allah from Satan, the rejected one
In the name of Allah, the Most Beneficent, the Most Merciful.

Asking for madad from shaykhs and guides of Naqshbandi order and that we are not a shaykh, not a guide. Asking to share from Mawlana Shaykh’s teaching, comes from the heart of Prophet ﷺ from Divinely Presence. 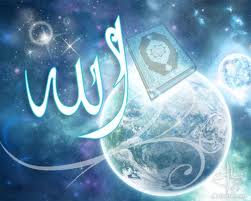 Letters of the Word Qur’an

Then we look to Qur’an – qaf, ra, alif, noon. That the power, Qaf wal Qur’an al-Majeed. This means that the qaf is holding the power. That that qaf and Allah’s (AJ) Divinely Qudra, Allah’s (AJ) Divinely Oceans of Power is the source of this energy and this light, moving. Later we go into where that’s moving from, but to understand we are being dressed by the qaf. Allah (AJ) in Holy Qur’an says, “Qaf wal Qur’an al Majeed.” It means that to draw our attention to the qaf and that this is the source of Oceans of Power that we want to be dressed by these lights.

Noon Represents the Nur (Light) That is Coming From That Qudra

Then Mawlana Shaykh is directing us to understand because we want to be dressed by these realities. Not just you hold the Qur’an and keep reading it and 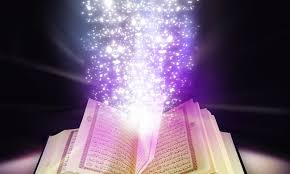 not understanding. Year after year, year after year, you are reading it but not thinking and contemplating with the heart that what are these letters? What are these words? What are these powers? What are these oceans of power? What type of nur and light and how am I going to reach to that light, to the secret of Holy Qur’an? Why are awliyaullah (saints) carrying the secret of holy Qur’an? Because me, you, we all read the same kitab (book), but why are we not getting that reality, understanding that reality? It means they teach us that make your tafakkur and your contemplation. You want to be dressed by that “Qaf wal Qur’an al Majeed,” (Qur’an, 50:1). It’s coming to the noon, that nur (light) is dressing us.

Then how to understand that noon in Surat al-Qalam, “Noon. Wal qalam.”

It means now that becomes a big ocean that you want the noon, Allah (AJ) testifies by the qalam. So one, in our life, they say, ‘The pen is mightier than the sword.’ So take a life of qalam, take a life of being a student. Take a life of seeking knowledge and realities. As much as you are using the qalam (pen) to reach realities, as much as we are becoming a seeker. As we use the qalam, it begins to teach us the qalam is the secret of manifestation. The nobility of our creation is in the thumb. What separates us

from a monkey or baboon is the thumb so that we can hold a qalam. The qalam, as soon as you write, something is manifesting. As soon as you draw something, something is manifesting. It means that reality of the qalam is in the physical. So we take a life of seeking, a life of reaching and asking to reach towards realities, to be always a student of realities, to move towards that.

What Does Allah (AJ) Mean By Qalam (Pen)?

Then Mawlana Shaykh begins to teach that always contemplate beyond the physical, that into the timeless reality. What is Allah (AJ) mean by qalam? There is no hand up there in the sky drawing something. It means that each of the huroof (letters) must be standing for something. Because we said it before, you say cake, and everybody says, ‘Oh, I have had that cake before.’ No, but what makes the cake is important, because we have the flour, has salt, has sugar. What are the elements that is making that to be powerful? So, when we go towards a timeless reality, the qalam (pen) is no longer the importance of the physical pen but must have a reality and a secret within it.

The Word Qalam is made of Qaf, Lam, Meem

Then Mawlana Shaykh is teaching, begins to teach, okay qalam, because we’re trying to understand how to reach to that “Noon; wal qalam” (Qur’an, 68:1). That that qalam has a qaf. Again, this qaf is appearing, “Qaf wal Qur’an al Majeed.“

This means Allah’s (AJ) directing us that when you see that qaf, it’s a qudra (power). It’s Allah’s (AJ) Divinely Qudra. It is the source of power that is making this Qur’an to come out. And that’s why the Holy Qur’an, it is the source of power that encompasses everything. Allah (AJ) says, ‘If it’s living or dead, if it can bring the dead to life, everything is in that.’ Not in the book, but in the qudra and the oceans of power of Allah’s (AJ) uncreated Divinely Speech. We always remember within our hearts it’s uncreated Divinely Speech.

That qaf is moving to a lam. Lam signifies the tongue, lisan al haq (tongue of truth) because Allah (AJ) is a hidden treasure wanting to be known.

Allah (AJ) said, “I was a hidden Treasure then I desired to be known, so I created a creation to which I made Myself known; then they knew Me.”

If Qur’an Was Revealed On a Mountain, It Would Turn To Dust

Just between the qaf and the lam, Allah (AJ) begins to describe in Holy Qur’an, ‘If I revealed My Qur’an to the

mountain,’ because we are in creation small. We think of Mount Everest and how many thousands of feet in the air. Allah (AJ) says, ‘If I revealed My Qur’an to the mountain, khashi’a, it would be dust.’ But, comes to the heart of Sayyidina Muhammad ﷺ and nothing, nothing affect that.

“Had We sent down this Qur’an on a mountain, verily, you would have seen it obliterated to dust (from its power) And these examples We present to the people that perhaps they will Contemplate…” (The Exile, 59:21) 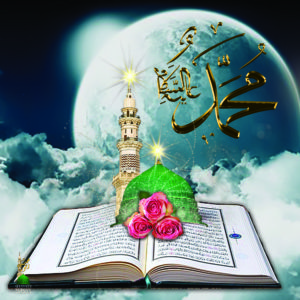 Qalam is Qul to the Meem – Say, O Muhammad ﷺ

meem, if you look, is a qalam. The meem that sticks down is the pen of Allah (AJ), is the ocean of manifestation of Allah (AJ). When Allah (AJ) wants to manifest and wants creation to manifest, merely “Qul” into the heart of Prophet ﷺ in the world of souls. And Sayyidina Muhammad ﷺ, “kun faya kun.” It means immediately it manifesting by the order of Allah (AJ).

Neither Heavens Nor Earth Contains Allah’s (AJ) Power, But the Heart of Sayyidina Muhammad ﷺ

And Allah (AJ) is directing us that, ‘What you want, I’m not in heavens and I’m not on the earth, but I’m in the heart my believer.’ And who’s Allah’s (AJ) believer? It’s Sayyidina Muhammad ﷺ.

”Neither My Heavens nor My Earth can contain Me, but the heart of my Believing Servant.” (Hadith Qudsi conveyed by Prophet Muhammad (pbuh)) 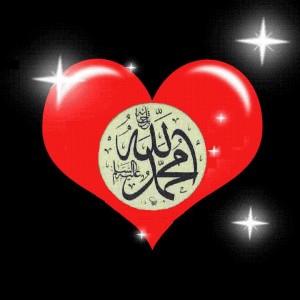 When we begin to understand the greatness of Prophet ﷺ, and how is the soul of Prophet ﷺ able to manifest Allah’s (AJ) Divinely Speech that is not created. This is azimat an-Nabi ﷺ. Allah’s (AJ) Uncreated Power, His not created holy Qur’an, His Ocean of Power is moving through the heart of Prophet ﷺ. How is it possible? It’s beyond imagination. 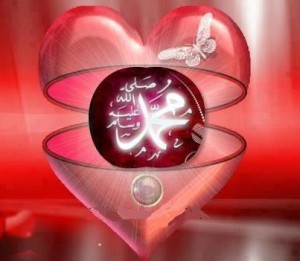 Sayyidina Muhammad ﷺ Brings Us to Islam, Iman, and Ihsan 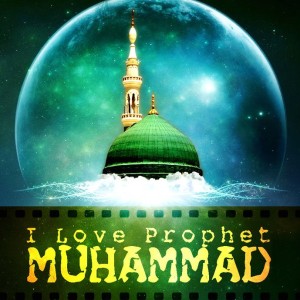 “None of you will have faith till he loves me more than his father, his children and all mankind.” Prophet Muhammad (pbuh)

It means then Prophet ﷺ directs us towards our iman, that we have to love Sayyidina Muhammad ﷺ more than we love ourselves. With our Islam and our iman perfecting, it becomes dar al ihsan, the abode of perfection, to worship as if you see Allah (AJ). If you don’t see Allah (AJ), know that He sees you.

“It (Ihsan – Station of Excellence) is to serve/worship Allah as though you behold [See] Him; and if you don’t behold [See] him, (know that) He surely sees you.” Prophet Muhammad (pbuh)