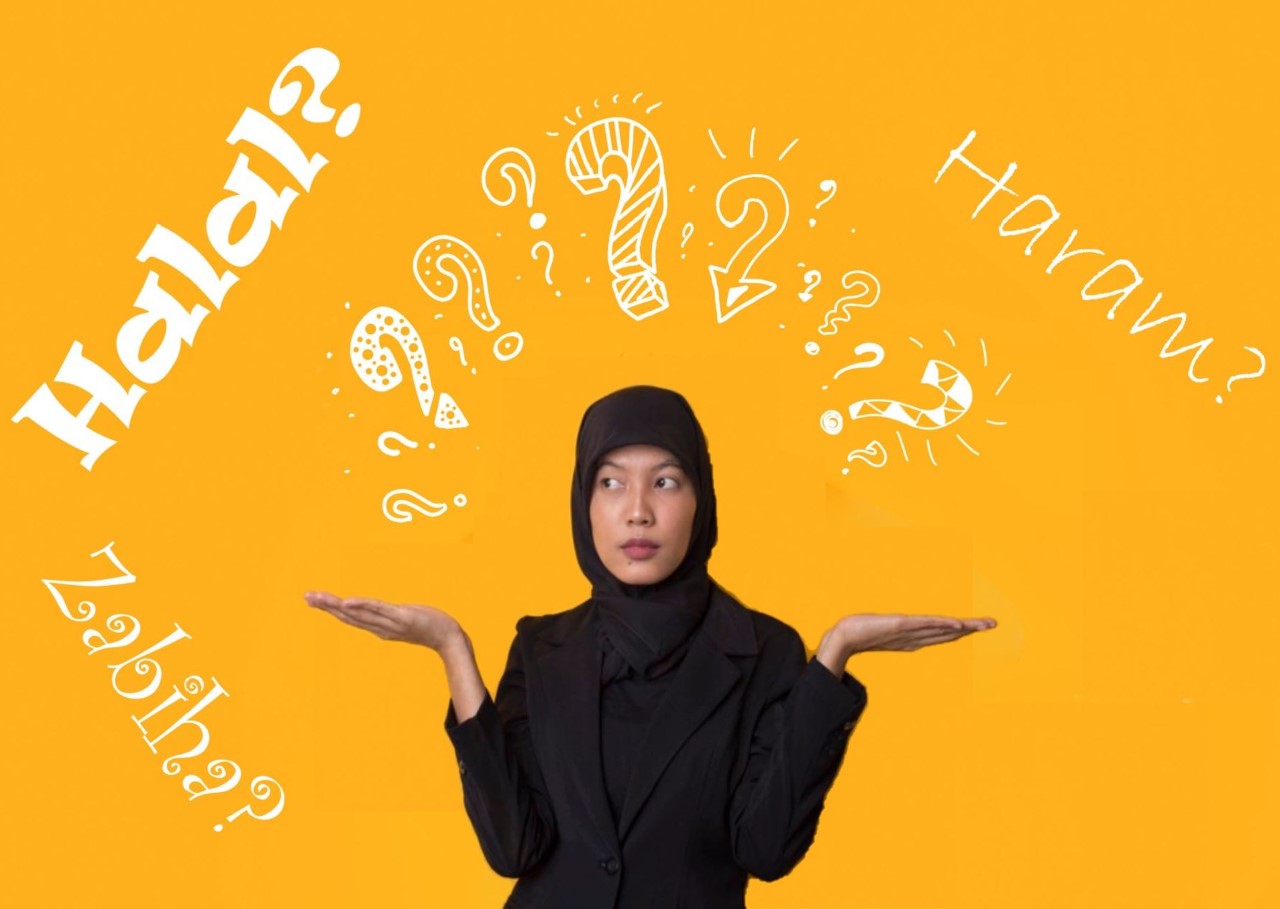 Ask Questions About Your Life Struggles 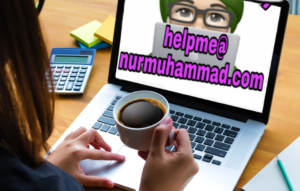 Anyone who has questions, email ‘[email protected]’. More of the questions of issues in their life and how to follow the tariqah (spiritual path). Not necessarily what’s the distance from here to the moon. It’s more of questioning on ‘How to’, how to develop, how to follow guidance. That’s more important than trying to think of you know spooky questions and ‘What’s this and how tall is a jinn (unseen beings) and what colour is their skin?’  These are of no importance. Importance of the emails are that you build the relationship, of how you’re feeling, how you’re struggling, what are the things that are sort of facing your life in your way towards the Divinely Presence and the love of Sayyidina Muhammad ﷺ.

The Confusion About Halal & Zabiha in the Western World 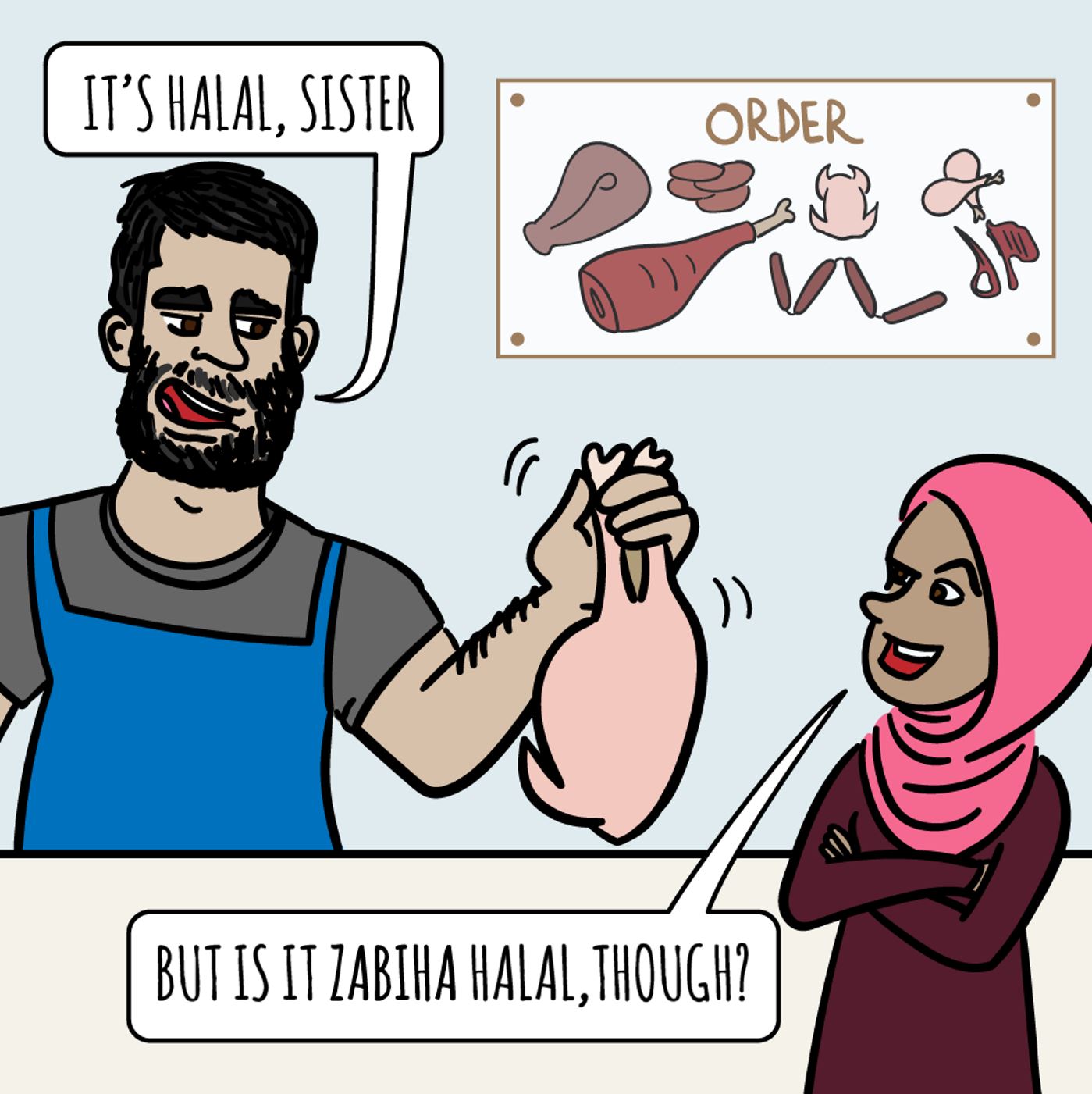 People have emailed now and they’re so confused about halal (permissible) meat because we talked about halal meat. And they say ‘I don’t understand that something can be zabiha (slaughtered) or not zabiha and be halal?’ And can’t go too much into it but ‘halal’ in English is ‘Permissible’ and has nothing to do with meat. It is a legal phrase in which determines something is permissible or is forbidden. Zabiha is a way in which to slaughter animal according to Islamic religion. Something can be halal which is permitted but doesn’t have to be zabiha.

But there’s a mafia in charge of halal stickers and they want to stamp all the meat with their sticker. And if you don’t buy the sticker from them, they’re very angry.

You Cannot Make Forbidden What Allah (AJ) Has Made Permissible 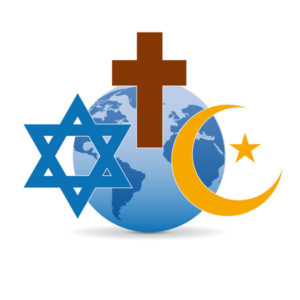 They say, ‘But these Ahlul Kitab they’re crazy, they’re like this, like that…’ They cannot be crazier than in the time of and in the presence of  Sayyidina Muhammad ﷺ not accepting the risalah (prophecy) of Sayyidina Muhammad ﷺ. And Prophet ﷺ still saying their food is halal for you.

Zabiha is More Than the Method of Slaughtering an Animal 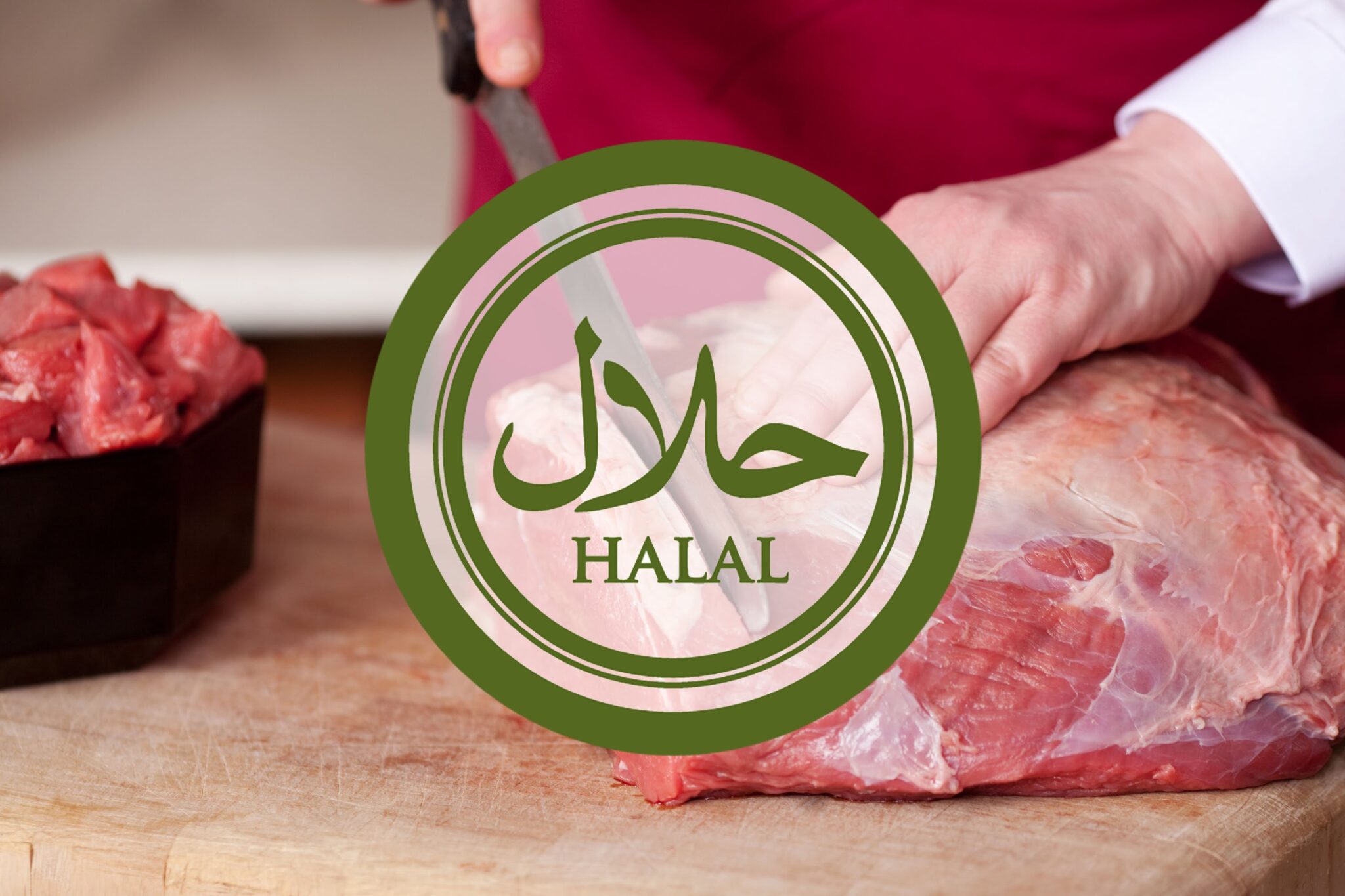 Then they say ‘Okay if it’s not zabiha it’s haram.’ Say “That’s a lie” and that’s not true at all. Because when you talk about zabiha they say it has to be some guy with a knife he has to mention Allah’s (AJ) name and he has to do it with a knife, Alhamdulillah that’s the zabiha (slaughter) practices.

But if there’s not a grocery store, and 1500 years ago what were they doing and how were they killing the meat? They were killing by arrow, they were killing by sharpened stone, they were killing by sharpened pieces of wood. And they were all hunters, they were not sitting in a slaughterhouse gathering animals and then chopping them by knife. They had to run and find the animal. So, there are many Hadiths (traditions of Prophet ﷺ) we’re not going to spend the time here to describe the Hadith, that Prophet ﷺ was describing from each community. They came to Prophet ﷺ said ‘We don’t have knives, we kill them with a sharp stick when we’re hunting or a sharpened stone.’ He ﷺ said “As long as the blood is taken out, Alhamdulillah.”  [hds 1]

And that’s what tariqah (spiritual path) comes to teach you the reason, the hikmah (wisdom) for zabiha is because Prophet ﷺ wanted the blood which shaitan (satan) runs in to be taken out of the animal.

All the germ and bad energy of everything is in the blood. Blood is forbidden for anyone in Islam. So we don’t make blood soup and blood sausages, blood is completely satanic. So the reason for zabiha was to take the blood out. And when you eat from the people of book – Ahlul Kitab’,  most their slaughterhouses immediately cut, lift the animal and all the blood comes out.

When You Are in Doubt, Put Salt on Meat & Read Du’a

If you have concern about the energy of the meat that you buy from a grocery store, you put it in salt, make your du’a (supplication) and eat. And there’s even hadith about somebody bringing food to the house of Prophet ﷺ and they don’t know what their belief was. They asked we got the food what should we do? He ﷺ said ‘Mention Allah’s (AJ) Name and eat the food it’s a ni’mat (blessing), don’t ever turn away Allah’s (AJ) ni’mat and mercy to you.’ [hds 2]

So these people who wish to make religion hard in the west, it’s a business, it’s a stamp. They even call our center and say ‘This halal has to have our stamp,’ I said “No, I know the butcher and I know where he’s buying it from the halal market, I don’t have to have your stamp.” So this is a… this is just you know it’s a racket. 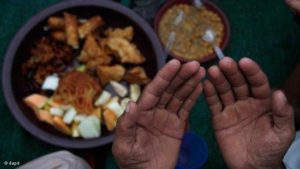 People of book – Ahlul Kitab, Alhamdulillah take the meat home, make your du’a “Ila sharifin Nabi ﷺ wa aali wa asahbihil kiram”, the du’a is on the app [Muhammadan Way App]. If you have concern that there’s blood on the meat, you wrap it with salt and then you wash the excess salt off and alhamdulillah it’s Allah’s (AJ) ni’mat (blessing). And Allah (AJ) want no hardship on the believer and make everything to be easy inshaAllah.