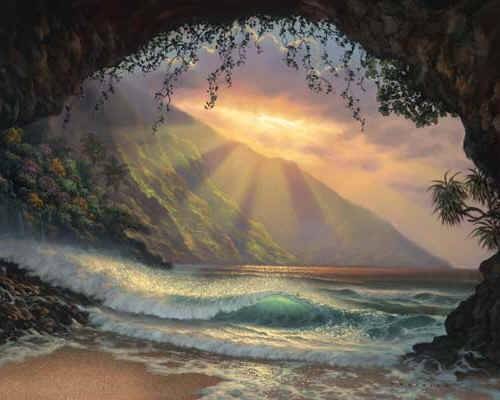 In The Last Days Pious People

From the Teachings of Mawlana Shaykh Hisham Kabbani

It was described by Prophet (s) that in the Last Days all the pious people will be hidden and Allah (SWT) will lift His Rahma from Earth. And the Sahabah asked the Prophet (s). “How is it possible?” He said, “Those who pass away and were openly known, those that were teaching and the ulama, the awliya who were teaching, and were known, and people used to go to them, when they pass away, the inheritor will be put into hiding or left no inheritance. And then slowly everything begins to dry up.

From Mawlana Shaykh’s teaching, then also a day is coming where all these pious people will be told to go into hiding. And one of the signs of that beginning is that when you watch all over the Earth the blowing up of maqaams. It means it is not something safe; the contract is that Shaytan is not supposed to deal with the mukhliseen. Allah (SWT) said, “Don’t come towards My mukhlis, test other people.” And towards the end when Shaytan knows that the time is over, then he begins to break all the contracts and those are destined times. So for those who are watching, they begin to see that he is inspiring within people to focus on the mukhlis, “Go after their maqaams. Destroy it. Go after the Ashaab an-Nabi (s).” They went into Damascus and took some of the Ashaab of Prophet (s) and blew up their maqaams. And Allah (SWT) has said that once you come against the pious people then Allah (SWT) will declare war upon you. And war between people who are not pure, it is a punishment between them; when people begin to fight with each other, they cleanse each other through their hands. But when they begin to attack that which Allah (SWT) forbids them to attack, then it brings upon Allah (SWT)’s revenge,

To whom belong the armies of the Heavens and the Earth?”

So they begin to teach us these are very dangerous times. And when we say the shayateen, these shayateen are everywhere. And then through the network of these pious people, their love for each other is so strong, because they have certified each other. When they certify and are granted a title by Prophet (s) within the Muhammadan government means they are so loved by Allah (SWT), loved by malaaikah, loved most definitely by Sayyidina Muhammad (s), and the whole network of awliyaullah that everything becomes a warning for them. “Watch out these shayateen are now moving everywhere and they are focusing on the mukhlis.”

So as we watch, they want us to understand what is happening: you are watching these maqaams and watching these attacks, we can’t see what is happening but the shayateen are all around. Go after that which is known to be very holy, going after Rawdah tus–Shareef; they are doing crazy construction that you can’t imagine. They have completely covered Mecca and Madina. Prophet (s) described that one day Mecca would vanish! They didn’t understand, how? Madina would vanish. It means the earth we walk on is no longer Madinatul Munawarrah. It was the dirt under which was holy and when you made a pilgrimage you walked on the dirt and the soil and the rocks that Prophet (s) had prayed near, the tajalli had dressed that. Now these are all different synthetic materials covering these, layers have been dug and thrown away. Everything now is under attack. And the House of Allah (SWT) is under attack. They build buildings that are huge, monstrous towers hovering over the Holy K`abah to show it as if something small and insignificant, astagfirullah! And now they want to build Rawdah tus–Shareef so that the Imam will be in front and his back towards Prophet (s). It means everything now is under attack so Mawlana Shaykh keeps teaching that watch, watch that as these things are happening then these shayateen will begin to attack people and inspire people to attack the mukhlis.

And that becomes the danger, that even from amongst their own group and community they find that in an instant the community can attack and come after that one that is pious, that one that lives to sacrifice themselves for the purpose of the community. And they sit at home listening to these waswas and then begin to attack. And Mawlana Shaykh is pointing out these are the dangers. It is a dangerous time where not only the danger is from outside but from within. Everyone maybe sitting together and five minutes later they can flip their understanding, flip their dedication and loyalty and become an opponent trying to take you down. And that is why their lives are very un-attached. And the minute they are ordered from the shaykh that, “Leave, go, you are no longer safe in that environment.” And that is the testing. They want to bring out what is hidden. It means the interaction between people will bring out the hidden character of other people. And even people try to come to test the shaykhs, again showing their bad characteristics and bad desires.

And this time is a very dangerous time to allow ourselves with these bad desires. It means that if these shayateen grab a hold and begin to attack, the only thing that will be lost is that pious people will be taken away and hidden. And we will be left to ourselves and our own desires and many, many, many shayateen. And that is all the Shaytan wants. He is not going to win anything; he is not going to take down one pious person. But the shaykhs want to bring the testing out to show that there is a danger and all around you is that danger. If your belief doesn’t increase, and your sincerity doesn’t increase, and your community doesn’t show it is pulling together and moving together, then there is going to be difficulties. And if that center is pulled then everything enters into an ocean of extreme difficulty. And these are the events that are happening; this is what people are witnessing on news on television. That is why they give us a symbol, that is why they give us a purpose, that is why they give us something in our life to focus on that, raise that flag, raise the flag of Prophet (s), rally around your centers, rally around your love for Mawlana Shaykh, rally around the love of awliyaullah and make that love to be bound, and a bond that can’t be broken. And if you are not able to do that then there is going to be difficulty. And that becomes the sign that everyone is seeing. When we see that and we see the inability of clinging together and bonding and locking then we know that Shaytan is going to come and begin to flip everything upside down. And that is why communities are so important. Because Shaytan wants to take a group of people and split them into individuals. And those individuals can one by one be attacked and he brings them down in an instant. And Prophet (s) was teaching that, “Your fingers by themselves can be easily broken. But when the fingers comes together it is very difficult.” All the Shaytan wants to do is to make a fitna. And make a fitna against holy people so that Allah (SWT) will pull the holy one out and the good ones out and the good ones will all go hidden, they don’t tolerate fitna, they don’t argue through fitna, they just merely leave. And when they have left we are left with our own bad desires and a whole lot of shayateen. We pray that we understand and watch, watch the news, watch what is happening, be vigilant about the difficulties that are moving everywhere. And everything, bit by bit, Shaytan is attacking at faith, attacking at the love of Sayyidina Muhammad (s), attacking at the lovers of Sayyidina Muhammad (s), all to take away the barakah. When there is no barakah everything falls apart. And that is all that Shaytan wants. If he knows there is a barakah and a power and an authority that is connected to you, then he can’t attack. If he can take that away, everything falls apart.

Playing With Jinn and Spirits