From Mawlana Shaykh Hisham’s teachings, the way of realities and marif’ah for those who are trying to enter into those oceans is going to be through tafakkur. It means there has to be a strong understanding of tafakkur and contemplation. And only that tafakkur will save us from the oppression of this dunya (material world).

The Dajjal is the False Prophet of all Religions

It means what is coming upon this dunya is a tremendous deceit that we can’t say it is “anti-Christ” because it is not only to do with Christ, but it is the “anti-religion”. When we talk about dajjal, it is the false prophet for all the religions. It is not only related to Christianity but he will bring falsehood to Christianity, falsehood to Judaism, and falsehood to Islam. We see that now with the names of ancient hieroglyphics, they are using the names that I won’t mention, but it is all false. So it means the  great deceit is already upon the Earth.

These eyes and these ears are going to fall into his traps. May Allah (AJ) save us. What they remind us is then don’t rely on your physical eyes and ears but develop your spiritual eyes and ears. It means go into the cave of safety and that cave of safety is the Qalb, the heart. They describe that everything is about that.

Make the Heart, the House of Allah (AJ)

“…Purify/Sanctify My House for those who perform Tawaf (circamambulation) and those who seclude themselves for devotion, and bow and prostrate [in prayer]. (Holy Quran, 2;125)

One is the exterior masjid (mosque) we build for Allah (Azza wa Jal), that we all want for our communities, but more important is that all the people who are involved in the masjid to also be building the masjid that He gave us within ourselves. It means that to make the heart of the believer the House of Allah (Azza wa Jal).

There were 360 Idols in Makkah

From Awliya’s understanding and what Prophet (salallahu `alayhi wa sallam) gave from Bismillahir Rahmanir Raheem, ati ullah atiur Rasula wa ulul amri minku. [“O You who have believed, Obey Allah, obey the Messenger, and those in authority among you… ” (Holy Quran, The Women, 4:59]

In the understanding of the subtle energy points of the lata’if, that we have 360 lata’ifs on the body. Also there were 360 idols in Makkah, which is not a random number. Everything Allah (Azza wa Jal) describes is perfectly numbered,

“That He may know that they have conveyed the messages of their Lord; and He has encompassed whatever is with them and has enumerated all things in number. ” (Holy Quran, 72:28) 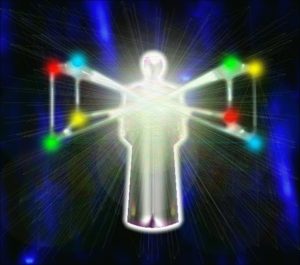 There are 360 Lataif in the Body

On these 360 lata’ifs, and energy points of the body, like satellite dishes of the body, they had idols upon them. Our life is to destroy those idols, destroy those desires, destroy all those bad characteristics and perfect the whole 360 degrees that makes the circle. The circle, like the hand, that you want it to be kamil, perfected, and to understand the way of perfection.

Awliya (Saints) focus on the Lataiful Qalb (Levels of the Heart) 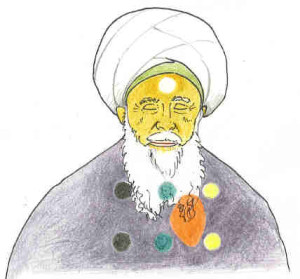 We have discussed in many other teachings that has enormous layers of reality. Once you begin to study this concept of the lata’if you see that many of the Zikrs are in this understanding. Our salah is in this understanding, it means it holds the basis of moving into the Divinely Presence.

Alhamdullelah, Mawlana Shaykh is opening from the Lataif of the Heart, the subtle energies and the reality of the heart, is the way and the door to the divinely presence and a timeless reality. That so many people focus on teachings of the body and the form. They come and they begin to teach us that: discipline the form with Islam means submission, means your practices to discipline the form and to bring the bad characteristics of the form down, and to begin to move into the oceans of realities and the oceans of light.

The understanding from the teachings of the lata’if, and these are subtle energy points upon the 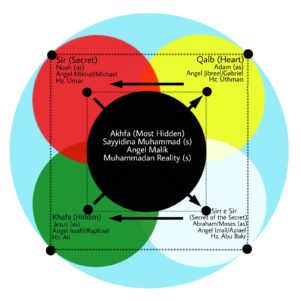 chest, upon the heart that open the heart into the Divinely Presence. We must understand that our whole body is like satellite dishes: 360 different subtle energy points of the body that pick up these energies and they support us. Means that we are an energy being. The food that we eat is for the physicality but the spirituality and the energy that Allah ‘Azza wa Jal is sending is to the soul, and a power that’s sending to the soul.

And they begin to teach us on how to enter into the heart and to the realities – timeless realities of Allah ‘Azza wa Jal’s Divinely Lights. That this goes from left to right. Means from my heart [left side] – the qalb (heart) to the Sir (Secret) and it’s an eternal hourglass like an eternity. It goes from the qalb (heart) [1st Level] to the Sir (Secret – 2nd Level), the Sir (Secret) has to pass the center to the Sirr e Sir (Secret of Secrets – 3rd Level) to the Khafa (hidden – 4th Level), the Khafa (hidden) pass again through the Akhfa (Most hidden – 5th Level), into the qalb (back to 1st Level). Means it’s like an hourglass that it goes left, right, cut down, again to the right and back up. So it’s like a figure 8 across the chest or across the heart but has a deep reality and everything that we are moving towards in the oceans of reality.

(From article of Eternal Message of  from Prophets )

Angels and Levels of the Heart – Part 1 – Supporting the Body