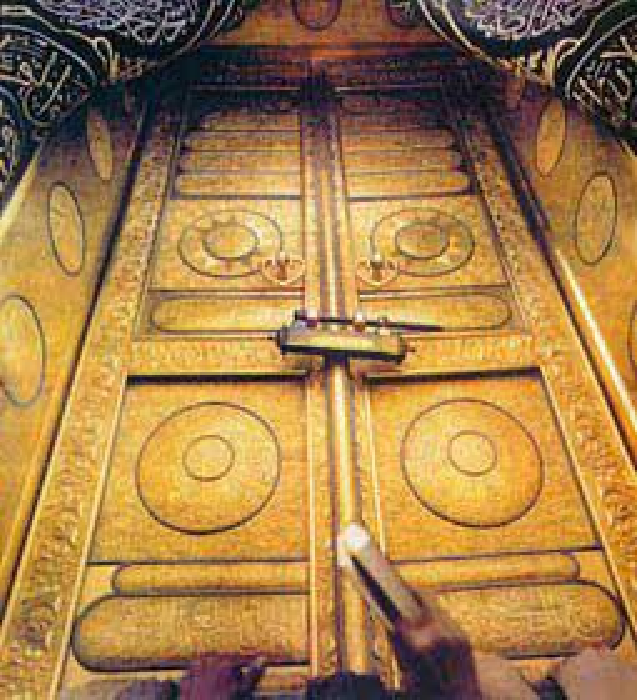 Secrets of The Kawthar

In The Name of Allah, Most Gracious, Most Merciful
1
Kaaf Ha Ya Ayn Saad.
2 A recital of the mercy of your Rabb (Lord) on His servant Zakariya.

KAAF – ONE OF THE LONELY LETTERS

In The Name of Allah, Most Gracious, Most Merciful
1 Noon. By the pen and that which they write

), when combined make that all Powerful Command KUN

Because Allah is Kaafi

He does not need anyone or anything for the thing to happen. Allah Commands. Whatever He Commands, happens!

SPECIALTY OF THE LETTER KAAF

Just as the Letter Kaaf (

) is alone, (used only once as Muqattaat Letter) so were the Companions of the Cave all alone cut off from the rest of civilization for 309 years. Not only that, Allah put them to sleep for the duration of that time, so that each one was alone by himself in a state of sleep. They were amongst companions and yet all alone.

Let us look at just the 5 Letters of Chapter 19.

) is where the Fountain of Knowledge begins.

) is for Abundance, Plenty and Excess.

1 We have given you the Kawsar (Fount Of Abundance)

And who is the owner of the Fountain of Knowledge?

Fountain of Knowledge has been bestowed on Muhammad

decides who should drink from it and who should not. Sending Darood (Blessings) on Muhammad

is one way to be allowed to drink from that Kawsar (Fountain).

Reading the Kalima Tayyib is the other way.

CHAPTER NAMES WITH THE LETTER KAAF

Notice that in the Abjad format the letter Kaaf (

Kafir is Own Who Does not Accept the Order of the King:

Especially when the Letter Kaaf (

The Anti Crist has written upon the Forehead Kafir- 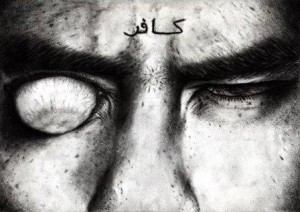 A Kafir is one who has turned away from the Kitab

, Book, Quran, especially when it is full of wonders, knowledge, facts and above all Hudda (

A Kafir is one who has turned away from Ya (

Even after reading the history of how one Man spread the Kalaam (Word) of Allah and raised the Arabs from ignorance to enlightenment. And they in turn spread the enlightenment to other nations. (Sadly, not the present Arabs).

A Kafir is one who has turned away from the Trust placed by Allah upon mankind.

That Trust is the Secret within mankind. The Kitab

has been sent to remind us.

). Again it is connected with the Letter Noon (

THE START OF THE BOOK (KITAB)

To write any book we need a pen Qalam and where do we find the pen?

As soon as we are born we start writing our own book. Believe it or not, we are all authors. We are all writing our own Kitab (book) which is our own biography and there is no doubt in that either. Every action performed by us gets recorded in our own autobiography. As the name implies: Auto – it is automatic, bio – it is biological, graphy – it is graphical. All actions good or bad get recorded. All words, conversations, thoughts get recorded.

That is the Kitab (book) against which each one of us will be judged on the Day of Reckoning. Since each one of us is the author of his/her own Kitab (book), the question of unfairness or erroneous information does not come into it. As the saying goes We reap what we sow. Should it be We read what we wrote ?

To have a good Kitab (book) is to follow the guidance laid down in THE KITAB (BOOK) which is the Quran. Allah encourages us to COPY from His Kitab (Book – Quran) into our own insignificant Kitab (book). So that when on the Day of Reckoning Allah Sees His Names inscribed in our own Kitab (book) He will be Gracious and Merciful. So that He may forgive us.

No one can claim to have a good book. Forgiveness is only with Allah’s Mercy. Just like the Quran has had verses abrogated and replaced with something better or similar:

106 None of Our revelations do We abrogate or cause to be forgotten but We substitute something better or similar; don’t you know that Allah has power over all things?

So can Allah replace our evil actions with better actions in our own personal books if He feels Compassionate.

THE CONCLUSION OF THE BOOK

As the Kitab Quran Kareem concludes with the word Nas Person, so does our Kitab (book), our life story, finish when we stop being a person and realise that we are just a spirit. A spirit that cannot command the body anymore. The only additions to the book are the good deeds we have left behind. If we leave righteous children, their prayers for the forgiveness of their parents are accepted by Allah. Contrary to the belief that there is nothing that can be done about those who have passed away.

41 Our Rabb (Lord)! Forgive me and my parents and believers on the day when the account is cast.

If that was the case, the above verse would not be part of the Salah (prayer). However there is a condition that the parents are or were Muslims at the time of their death.

The conclusion of our Kitab (book), while we have the chance, is to have written in it that we died as Muslim believers. And that conclusion is the KALIMA Tayyab

Darood and Salaam on Muhammad, His Family, and His Companions

STARTING WITH THE LETTER KAAF

Wudu of The Blood, Heart and Soul Sufi Meditation Center

I swear by The One Hu Carries My Soul in His Hand ? Sufi Meditation Center