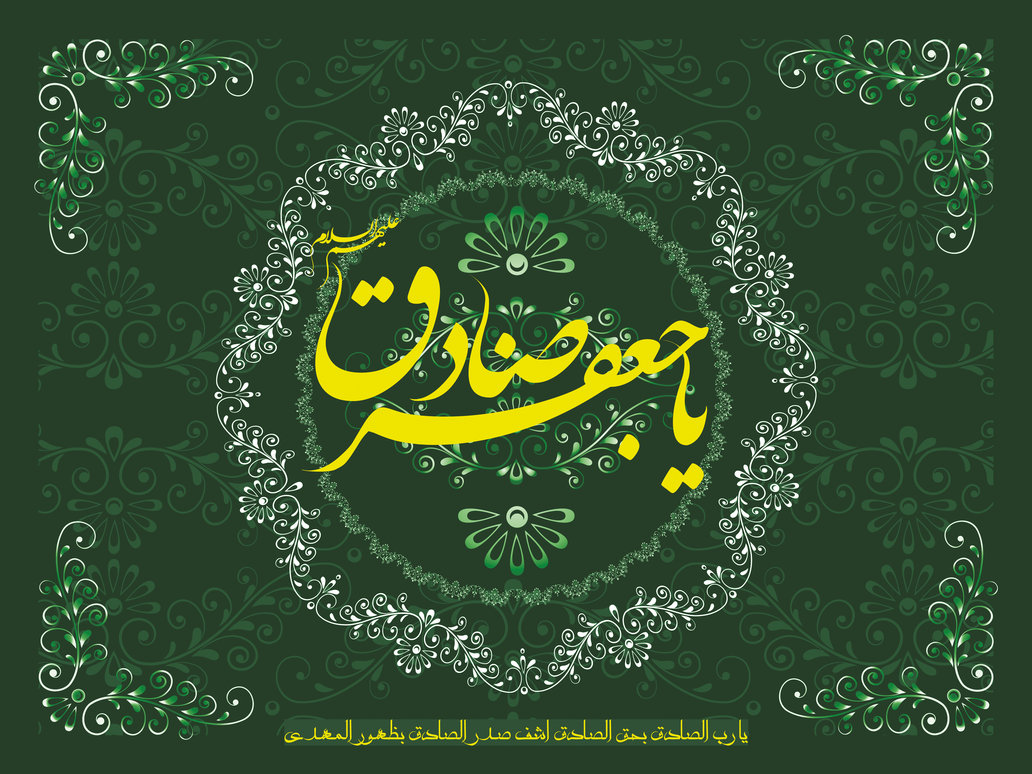 Mawlana Imam Jafar As Sadiq (as)

Imam Ja’far as Sadiq (Radi Allahu Anh) [May Allah be pleased with him] was a master in exegesis of the Quran, a scholar of jurisprudence , and one of the greatest scholars qualified to give legal decisions in Madinah . Imam Jafar  acquired both the external religious knowledge, as well as the internal confirmation of its reality in the heart. The latter was reflected in his many visions and miraculous powers , too numerous to tell.

I have discovered—
and exaggeration is not in my nature—
That He, who is my sustenance, will come to me.
I run to Him, and my quest for Him is an agony for me.
Were I to sit still, He would come to me without distress.

He spent his life in worship and acts of piety for the sake of God. He rejected all positions of fame in favor of isolation from the mundane world.

One of his contemporaries, Umar ibn Abil Muqdam, said, “When I look at Jafar ibn Muhammad I see the lineage and the secret of the Prophet Muhammad (saws)  united in him.” 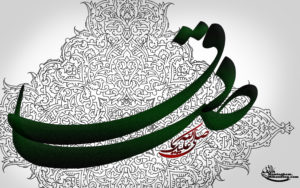 In him the two lineages met and for that reason he was called “Inheritor of the Prophetic Station  and of the Truthful Station .”

In him was reflected the light of the knowledge of Truth and Reality. That light shone forth and that knowledge was spread widely through him during his lifetime.

The Love of Ahlul Bayt for Abu Bakr as Siddiq (as)

Imam Jafar (as) narrated from his father, Muhammad al Baqir, that a man came to his grandfather, Zain al Abidin, and said:

“Tell me about Abu Bakr!”
He said, “You mean as-Siddiq [the truthful one]?”

The man said, “How do you call him as-Siddiq when he is against you, the family of the Prophet?”
He [Zain al Abidin (ra)] replied, “Woe to you. The Prophet (saws) called him ‘as-Siddiq’ and God accepted his title of as Siddiq. If you want to come to me, keep the love  of Abu Bakr and Umar in your heart.”

[quote] Imam Ja’far (as) said:
“The best intercession  that I hope for is the intercession of Abu Bakr as-Siddiq .”[/quote]

The following invocation is reported from Jafar as-Sadiq:

O God, You are my witness that I love Abu Bakr and I love Umar, and if what I am saying is not true may God cut me off from the intercession of Muhammad (saw) .

The two Sufyans, Sufyan al-Thawri and Sufyan bin Ayinah, Imam Malik, Imam Abu Hanifa, and al-Qattan; all narrated Traditions through him, as did many others from later scholars of the Traditions.

He then raised his hands and said, ‘O God, I have the desire to eat grapes, O God give me some. And my robe is becoming so old and tattered. Please, O God, grant me a new one.’ “He had hardly finished his words before a basket of grapes appeared in front of him while at that time there were no grapes in season. Beside the basket of grapes there appeared two cloaks more beautiful than I had ever seen before.

I said, ‘O my partner let me share with you.’
He said, ‘How are you a partner?’
I replied, ‘You were praying and I was saying ‘amin’.’
Then Imam Jafar (as) said, ‘Then come and eat with me,’ and he gave me one of the two cloaks.

Then he walked off until he met a man who said, ‘O son of the Prophet , cover me because I have nothing but these tattered garments to cover me.’ He immediately gave him the cloak  that he had just received.
I asked that man, ‘Who is that?’ He replied, ‘That is the great imam, Jafar as-Sadiq .’ I ran after him to find him but he had disappeared.”

This is only a sample of the many anecdotes and stories of the miraculous powers of Ja’far as-Sadiq.

From his knowledge he said to Sufyan al-Thawri ,

“If God bestows on you a favor, and you wish to keep that favor, then you must praise and thank Him excessively, because He said,”

“So remember Me; I will remember you. And be grateful/Thankful to Me and do not reject faith.” (Holy Quran)

He also said, “If the door of provision is closed for you, then make a great deal of begging for forgiveness because God said, ‘Seek forgiveness of your Lord, certainly Your Lord is oft-Forgiving.’ (11:52)”

“And O my people, ask forgiveness of your Lord and then repent to Him. He will send  the skies pouring abundant rain upon you, and add power to your strength/power. And do not turn away, [being] criminals.” (Holy Quran )

And he said to Sufyan,

“If you are upset by the tyranny of a Sultan or other oppression that you witness, say: ‘There is no change and no power except with God,’ (18:39) because it is the key to relief and one of the treasures of Paradise.”

The letter of the Arabic alphabet, noon ,(ن ) at the beginning 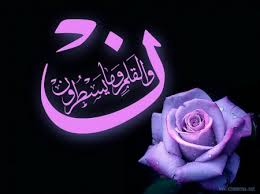 of Surah Qalam  (Chapter 68 of Quran) represents the light of pre-Eternity , out of which God created all creations, and which is [nur] Muhammad .

That is why He said in the same [Surah (chapter)] verse 4, “Truly you are of a sublime nature.” (68:4)—that is, you were privileged with that light from pre-Eternity.

[quote]”No enemy is more powerful than ignorance. No illness is greater than lying.”[/quote]

Jafar as-Sadiq (ra) passed away in 148 AH/765 CE. He was buried in Jannat al-Baqi, in the same graveyard as that of his father, Muhammad al-Baqir (ra), his grandfather, Zain al-Abidin (ra), and the uncle of his grandfather, Imam Hassan ibn ‘Ali (karam Allahu wajha).

He passed the secret of the Golden Chain  to his successor, Grandshaykh Tayfur Abu Yazid al Bistami, more commonly known as Bayazid al-Bistami.

Defending Yourself Against Evilness

Sins Open the Door to Doubt and Destroy Faith