Home Resources and Practices Emanation of the Month 1. Muharram’s Practices and Du’as 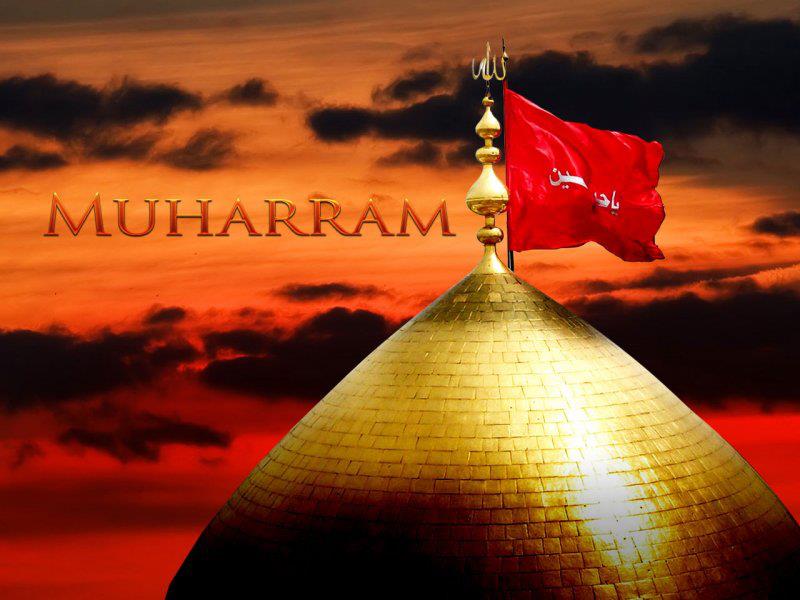 Muharram is the first month of the Islamic Hijri Lunar Calendar. It is the Islamic New Year, marking the important event of Prophet Muhammad (Sallallahu ‘Alayhi wa Sallam) move from Makkah to Madinatul Munawera. Muharram is also one of the four sacred months of the year, in which fighting is forbidden.

Some significant events of Muharram are as follows:

“If you do not aid the Prophet – Allah has already aided him when those who disbelieved had driven him out [of Makkah] as one of two, when they were in the cave and he said to his companion, “Do not grieve; indeed Allah is with us, And Allah sent down his tranquility upon him and supported him with angels you did not see… ”  (Holy Quran, Surat at Tawbah -The Repentance 9:40)

The Significance of Muharram to the Naqshbandi Spiritual Path

Muharram is also a month of great importance to Naqshbandis. Our Master and Imam of the Tariqah 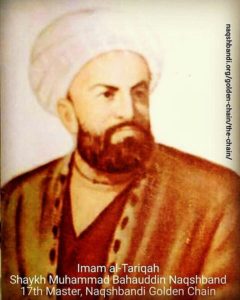 [Master of Naqshbandi Sufi Path] Shah Bahauddin Naqshband (qaddas Allahu sirrah) was born on the 14th of Muharram. It is thus important and most desired that his followers congregate on the eve of this holy day for Khatm and Dhikr, read the Mawlid un Nabi (Praises on Prophet Muhammad (ﷺ) in dedication to Mawlana Shah Naqshband, and read excerpts from his saintly life.

It is a tradition and practice of Sultan al Awliya Shaykh ‘Abdullah al Daghistani (qaddasallahu sirrah) to make Qurban (sacrifice) two sheeps on the day of ‘Ashura and distribute the meat to the poor and needy. He also did this on the birthday of Shah Naqshband (qaddasallahu sirrah).

The Day of ‘Ashura for All Nations

’Ashura is the 10th day of holy month of Muharram. It is a day of great historical significance in which many Prophets and their nations were saved.

On the day of ‘Ashura: 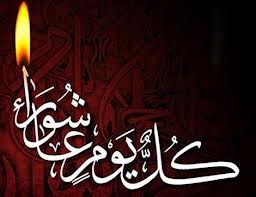 Worship Allah (swt) as much as you can on ‘Ashura. Whoever fasts on this day is like one who fasts all his life. Whoever clothes a naked person Allah (swt) will release him from a painful punishment. He who visits a sick person, Allah (swt) will grant him a reward that will not be decreased. Whoever places his hand on an orphan’s head, or feeds a hungry person or gives water to a thirsty person, Allah will feed him a feast from Paradise and will quench his thirst with Salsabil (a wine that does not intoxicate). And who ever makes ghusl (shower) on this day will enjoy excellent health and freedom from sickness and laziness. Whoever provides generously for his family on this day, Allah (swt) will be generous to him throughout this year. And whoever applies kohl to his eyes will never suffer from eye-sore again, insha’Allah al-’Aziz. “

It is recommended to fast as many days as possible in the holy month of Muharram as mentioned below in Ahadith of Prophet Muhammad (ﷺ), especially fast the following holy days:

Ahadith Regarding Fasting in Muharram and ‘Ashura

Practices of the Day of ‘Ashura آداب عاشورا

Print the following for the Day of ‘Ashura

Take the Sunnah shower on the day of ‘Ashura

Wearing kuhl on your eyes and you will not suffer sickness in that year except the illness of death.

If you Pray these 4 rak’at, Allah will forgive your sins of fifty years, and will build for you a
pulpit  of light.

Sufficient for us is Allah, and [He is] the best Disposer of affairs. The very best master and the very best help

Glorious is Allah, as much as what is in His great scale, and as far as His knowledge extends, and to such a degree as it attains His pleasure, and to whatever weight may be His Throne; there is no refuge and no safety from Allah except in Him.  Glorious is Allah, (He is declared so) as many as there be even (numbers) and as many as there be odd, and as many as there be perfect words of His; glory be to Him for them all. We ask of You (our Lord) for safety, by Your mercy, O You who is the most merciful of all those who show mercy. Sufficient for us is Allah, and [He is] the best Disposer of affairs. The very best master and the very best help! And there is no power and no strength except in Allah, the High, the Great! May the grace of Allah, the Exalted, be upon our Master Muhammad and upon his family and his companions. And upon the believers men and women, and upon those who submit (in Islam), as much as there be atoms in existence and as much as there be things known to Allah; and all praise is due to Him, Lord of the Worlds.

5. Daily Adab of Naqshbandis:
on the day of ‘Ashura, about an hour before the azaan of Maghrib
Sit facing the qiblah and finish the Daily Adab/Awrad of Naqshbandi tariqah

6. Read the Names of 72 Shuhada, Martyrs of Karbala in English

8. Ihda (Gift) after Iftar (breaking fast)
After breaking your fast, dedicate the blessings and rewards of your fast and daily Awrad upon the Prophet Muhammad ﷺ, for the oceans of secrets that open on the 14th of Muharram, which is Mawlana Shah Bahauddin Naqshband’s Birthday.

Articles Related to the Muharram

Are you going to HELP or just Watch? | Imam Mahdi (as) Marching Forward

Immense Opportunities in the Next 3 Months – Rajab, Sha’ban, Ramadan