Home Levels of the Heart Nabi Musa(s) and The Mountain 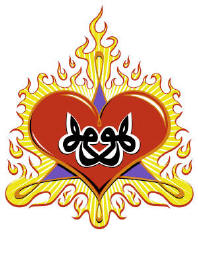 Nabi Musa “I Want to See You”

and The Glory of Allah

Subject of Haqiqat al-Insan, the reality of humans, and al-Insan al-Kamel, the Perfect Human.

More importantly, the question that has puzzled scholars even more is what is Ismullah al-`azam, the greatest name of Allah? All anbiya asked to know that and Allah but hinted to them the answer. That is why Musa (as) asked Allah, “Ya Allah arinee andhur ilayk. qaala: Lam taraanee.

When Allah (swt) sent that Ismullah al-A’zam on that mountain, it completely shattered into dust.  “When Moses came to the place appointed by Us, and his Lord addressed him, He said: “O my Lord! show (Thyself) to me, that I may look upon thee.” His Lord said: “By no means canst thou see Me ; But look upon the mount; if it abide in its place, then shalt thou see Me.”

When his Lord manifested

His glory on the Mount, He made it as dust. And Moses fell down in a swoon. When he recovered his senses he said:

“Glory be to Thee! to Thee I turn in repentance, and I am the first to believe.“

The mountain completely dissolved and Musa collapsed and fainted. When he awoke, he said, “Ya Rabbee, forgive me.”

Kabah is the Heart of The Believer