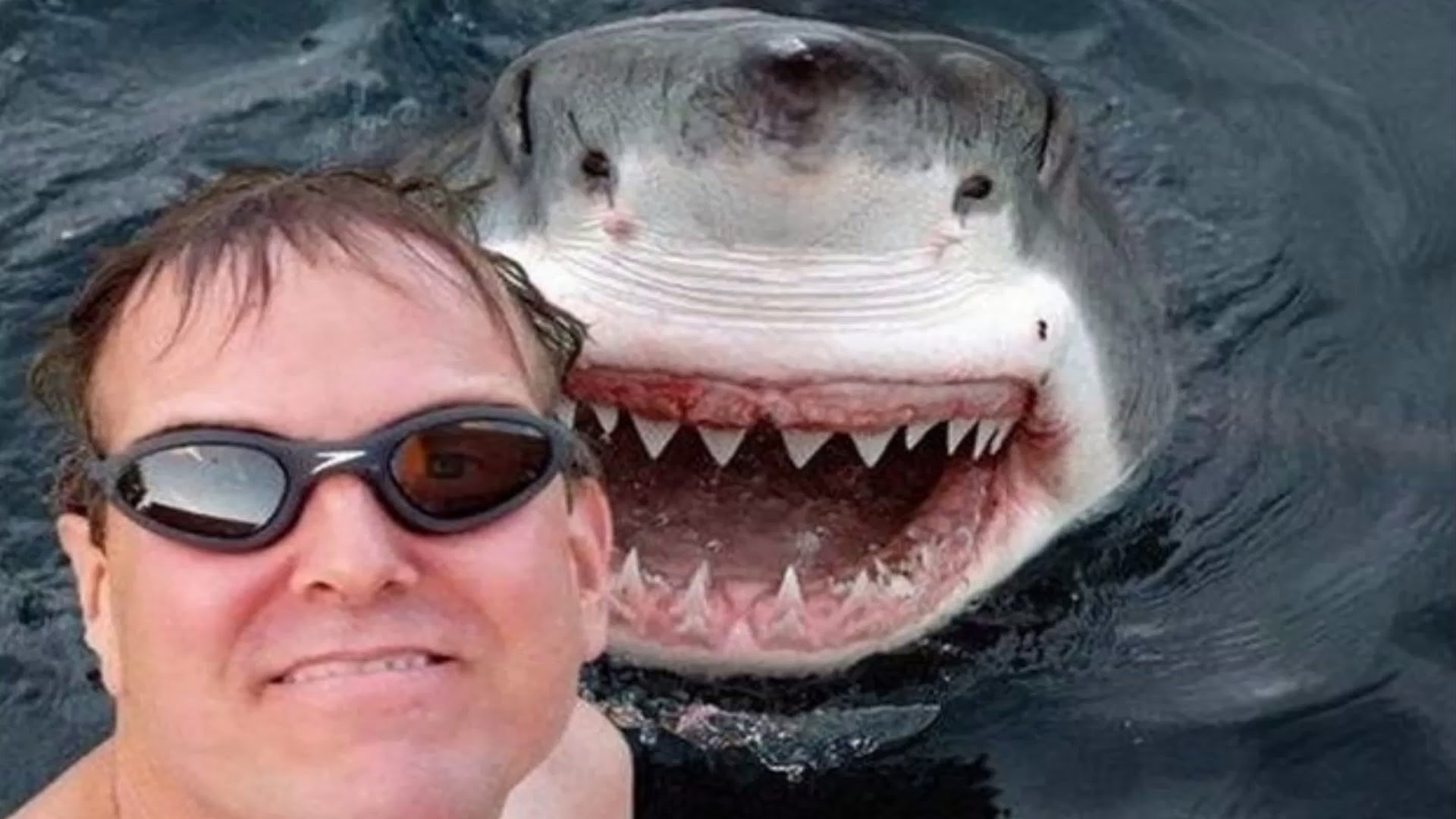 Realities of Photo and Photo Sharing

We are talking about a very short subject of pictures and a reality behind a photo. That from understandings of haqaiq and understanding of the world of light, that a picture is from Allah’s Creation, not something you draw, but what a camera captures, captures a face, and with that face is attached a soul. The importance in pictures, because the extremists say ‘No, no pictures are allowed’, and that is a very lengthy process and discussion that it was not destroyed, that it was a picture that was a distraction in the salah and Prophet (s) had ordered that drawing to be moved because it was a distraction from salah. It had nothing to do with a photograph. A photograph is a capturing from Allah’s Creation. That you cannot modify Allah (azza wa jal)’s Creation.

A Soul is Attached to the Photo, Unlike Drawings

The reality and the haqaiq towards the understanding. One understanding of the photo is that the soul, and the reality of the soul, that with that sura, that face, and that physicality behind it, within it, is the reality of light and the soul that is attached to that photo. It means when pious people whom Allah (azza wa jal) has freed their soul, means they work from the soul; they operate from the level of their soul, wherever their sura (face) goes immediately their soul is moving through that.

When we think from the world of light, when we have a photo and this has nothing to do 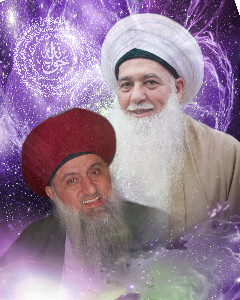 with worshipness, again because the crazy people who hear this, start thinking about worshipness. This is the reality of what is happening with that soul. That when you have the picture of a pious servant of Allah (azza wa jal), whom Allah has given lights to their soul, reality to their soul, means their soul is free to move the way Allah (azza wa jal) wants it to be moving. As soon as you look at the face of somebody pious, your soul and their soul is instantly communicating because your soul is not jahl, your body may be ignorant. Your body and your nafs may not be open to realities, but your soul is from oceans of al Hayy al Qayyum (The Ever Living and Self Subsisting/Existing). The soul is ever watchful, ever present, and knows of its realities in Paradise and stuck with the donkey that Allah (azza wa jal) has given to it. If that donkey (ego) is trained, clean and understands, it allows the soul to govern. If the donkey is abusive and powerful, it controls and blocks the realities from the soul. But that soul when it looks at the face of somebody pious, immediately the soul understands the madad. It calls for that soul to be present through the eyes faster than the speed of thought!

Sayyidina Sulaiman (a) had from one who knew the knowledge of the Book, and said “I

“Said one who had knowledge from the Scripture,
“I will bring it to you before your glance returns to you.”
… (The Ant 27:40)

With that speed, faster than the speed of thought, the soul immediately calls upon the soul of that pious one, and immediately the soul of that pious one is present dressing, blessing, and connecting with them. That is from the realities of the oceans of light. Nobody can say, “No, that is not true.” The oceans of light are everywhere. It is a matter if we have opened our heart to bring that reality out and that reality to govern us. If we rely solely on the physicality and the limitations of the physicality, we are the ones who are losing.

Pious People Feel the Energy/Light of their Zikr and Salawat

Those who purify themselves and open their realities means they are operating through the world of their souls, they become latif, they become subtle. The zikr they do, they feel the zikr. Why? because these lights and energies are all around us. The salawats 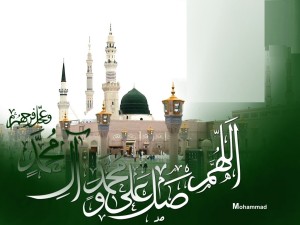 Prophet Muhammad (saws) said: “Whoever sends blessings [Praises] upon me, God will shower His blessings upon him ten times, and will erase ten of his sins, and elevate [raise] his [spiritual] station ten times.” [Hadīth, recorded by Nasa’i]

Means from the understanding of the world of light, the pictures you have of pious people, when you look at them their light is coming to be present with you, and you begin to receive their faiz and their blessings. That is why it is so important in days of difficulty that the face of pious people to be spread around the world, because with them, and those that are authorized in the distribution of that reality, means they have a protection. When their face is sent out, the reality of their soul is present and it moves. When somebody looks at them, their soul is connecting with them and coming towards guidance, coming towards light, coming towards protection.

Awliya Intercede for those Who Look at their Holy Face 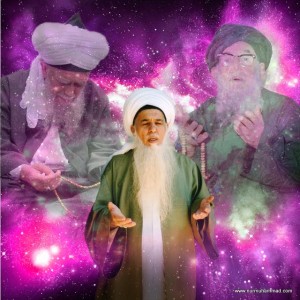 Mawlana Shaykh was saying that, “You distribute my face, it is enough for somebody to look at my face once and I intercede for them on the Day of Judgement, when Allah (azza wa jal) inshaAllah grant the right of that intercession. Why? because the soul of that wali is immediately moving to be present with that person. If that connection from Paradise becomes present, it’s never broken.

The rules of malakoot are the rules of the Heavens; the rules of the Heavens if you step into a Paradise, you can never leave that Paradise, means there must be a reality from your light always attached with them and that becomes the wisdom and the realities of photos of awliyaullah, photos of pious people, photos of the saliheen whom Allah (azza wa jal) pleased with them, their light is moving to be around us. Our soul is calling upon them and feeling that connection.

Imagine then through live video, that from soul to soul you are making a connection. If your body could realize it, you know. You know that for pious people when they watch other pious people, they feel their soul in their presence. They merely look and their soul is there with that wali, accompanying them wherever and whatever association they are taking. That understanding is important for us to understand this; there is an energy moving, if we are ignorant of it that is a separate issue.

Understand the Impact of Sharing Your Photo in Social Media 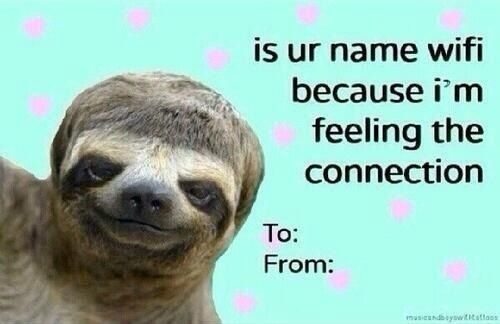 If somebody has a very bad intention, and somebody has a very negative energy, by looking at the face and looking at that person’s soul, because there is a soul behind that; when this Shaytan looking at that soul, immediately that Shaytan is moving to attack that person. And they don’t know from where their problems are coming; they don’t know from where their difficulties are coming, because again these realities they are not researching them, they are not going back into the oceans of reality. Fifty to sixty years ago people were very scared of photographs. They

understood that there is a soul behind that image, it is not a drawing, this is Allah’s Creation. So when the Shayateen who have very negative energy, they merely can look at a face and begin to send negative energy.

Don’t disseminate yours or Your Children`s photos Online

The same as the understanding to the negativity; that don’t disseminate your photo recklessly everywhere because people who are looking at it with bad intention, they are sending tremendous negative energies. Imagine then disseminating the photo of your children on the internet, by putting your wife, putting your children and putting all the things that are precious to you all over. All sorts of energies are being conveyed, all sorts of enmity and bad desires are being sent, and that is what becomes very difficult in dark days, that people are not understanding the reality of the photo.

Imagine what Allah (azza wa jal) created and gave of a gift. It means when you look to pious people you bring back the love of Sayyidina Muhammad (s), you feel a pleasure and a contentment within the heart. That is towards the positive and there is always a warning, is that the negative is very negative, that there are people with horrible desires, horrible energies, if they take a glance at something, they have the ability to send all that negativity onto people.

We pray that Allah (azza wa jal) guides us, bless us, and inspire always within our heart to take the safer path and safer understanding.

Special thanks to sister Saira and Sister Hafsa for transcribing this suhbah.

Washing Body but Satan is Already Inside

Pray For Prophet [as], Prophet Will Pray For You, your Family 100 % Sufi Meditation Center