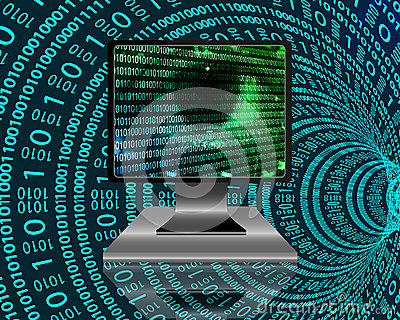 Every Reality is Perfectly Numbered

Then in the reality of understanding numbers, the highest number is the number nine. The sultan of numbers is the number nine. And everything is built between the numbers one through nine. You can use the two and three, four and five, six and seven but, the building blocks of these realities; to understand these realities in the world of numbers that Allah ‘Azza wa Jal says, “Everything is perfectly numbered.” Every reality is perfectly numbered.

Only computer programmers truly understand, that when you make a program, everything is so precise, and Allah ‘Azza wa Jal is describing that, “My Reality is more precise.” It must be exactly numbered, there is no random. If it was random, just the atomic reality, means everything if it was random; somebody would walk into the room and everything would clash, collide and there would be atomic disaster, with your atoms and my atoms colliding. Means there must be everything perfectly written, 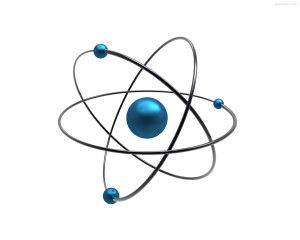 perfectly numbered. Everything like on a railroad track, everything on an orbit, everything perfectly moving like switches. Somebody enters, somebody goes but our atoms never collide, our electrons never collide. Everything of that reality is so precise that it is mind-boggling, to the extent of how large, how vast that reality is, and nothing collides, nothing collapses and nothing is random.

(Glory be to the Owner of the Throne, above all else attributed to Him)

Means there are twelve eternal hijabs and dressings upon the light of Sayyiduna Muhammad (sallallahu alaihi wasallam). When Allah ‘Azza wa Jal was creating the light of Prophet (sallallahu alaihi wasallam) there are twelve veils of light in which Allah ‘Azza wa Jal was dressing and making a zikr upon that light and blessing that light. That tenth month is that veil, is that dress. It’s the dress of majesty. It’s the dress of the reality of ten, which is a one and a nuqt (dot), ‘cause from nine is the reality of the nuqt.

So then they take that nuqt into the presence of the One, the reality of the One and the One begins to dress that nuqt, bless that nuqt, means begin to dress from ‘izzat (honor); ‘Izzatullahi, wa rasooli, wal mu’mineen.

Means that Divinely Grace, that Divinely Power begins to dress that nuqt and to begin to teach the soul of that reality. nuqt is a dot.

The Reality of Binary Code 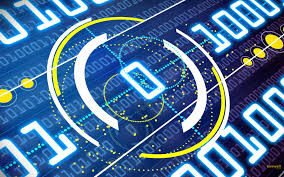 is based on one and the nuqt, which is a zero. The more perfect understanding for the zero is the dot. ‘Cause you make a zero, is like a loop but that dot is an infinite circle. Because as soon as you go with a microscope and look at the dot, you see the loop begin to form. When the loop is collapsing, it is shown as a dot.

Everything in the material world that bringing us ease, right now of technology, is based on binary code: the one and the zero. Binary code is based on the concept of on and off, on and off. Means they send an electrical pulse from the one, to the nothing. When that electrical pulse comes, it hits and turns that one on, and the other one is, the pulse is withdrawn. Means this is the reality of expansion and contraction.

The womb of a mother is under the same reality: the contractions of the womb. Throughout the pregnancy there are contractions but you don’t feel it until it is ready for the birth.

The earth is in a continuous contraction. You see it by lightning storms. At any one 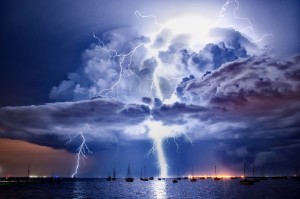 time, they say there are thousands of lightning storms around the globe: that is the contraction. The energy and the Qudra (power), the Divinely Light that hits, and as a result of hitting it, it can’t move, and as soon as that light is lifted, is the expansion. Without the expansion, there is no growth.

Dress with a reality, with an ease, means that the tenth month and the holiness of Shawwal is they want to take that nothingness, and take the servant who is trying to reach towards being nothing, to be nothing. To be nothing, like a dust, they shoot into that Divinely Presence, that, “Ya Rabbi, these are the dust. These are the people who are trying to annihilate themselves back to their atomic reality, to be nothing and to move into Your Divinely Kingdom.”

Because the next month after that is the eleventh month, and the secret of eleven is the one and the one. Means they begin to teach that dress; that when Allah ‘Azza wa Jal teaches that, “You be off and I am on. And when I dress you with ‘izzat (honor), you are on.”

Means Mawlana Shaykh (Sultanul Awliya Shaykh Nazim) described many times, that “I am just a zero.” But when Allah ‘Azza wa Jal wants, it moves to the other side and an one appears, means ‘Izzatullah appears. So then our competition in the way of ma’rifa is to reach ultimate numbers of zero. So 124,000 awliya Allah means they are dot to the zero, to the zero to the zero, to 124,000 zeros. The most humble of them is the Master, is the Sultan of that reality. But also if Allah ‘Azza wa Jal flips the switch for that one to be on, is the most powerful in creation of that reality, ‘cause now he is one with 124,000 powers and realities that are supporting him.

Number 11 and The Concept of Mirroring

If we can reach towards that One, then the reality of eleven begins to open and this is the concept of the mirror, where Mawlana Shaykh were teaching and describing from holy hadith of Prophet (sallallahu alaihi wasallam), “The mu’min is a mirror to the mu’min.”

Means they begin to dress us from their dress, if we can be nothing in the face of their somethingness. ‘Cause you can not accompany the master if you think you are something. As much as you become nothing, nothing, you can enter the Presence of that Something, of that ‘Izzah, of that Majesty. That dress of Hayba, when it begins to dress and dress and dress and to be qashiya, to be nothing, to be nothing, means now that light, that dress, that blessing can begin to emanate upon the soul until they take us to perfection, which is the reality of mirroring.

In the huroof, it is the mirror of the huroof. When you say, “Hu wa hu,” when you have 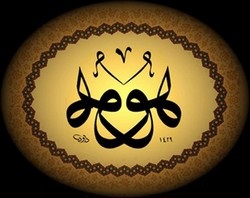 From that reality, everything is operating based on that eleven. Means the face of Prophet (sallallahu alaihi wasallam) must be reflecting to the 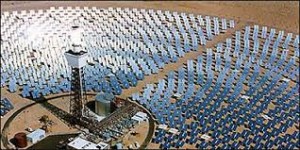 face of the sultan al-awliya. Like a pyramid, that the one who is the sultan, the king of that reality- it has nothing to do with tariqa, this is the Muhammadan government- that one on the top is taking the pure reflection of Prophet (sallallahu alaihi wasallam) and emanating that ‘izzat, ‘izzat ur Rasool wa ‘izzat ul mumineen. Means the sultan of the mumineen (believers), the amir al mumineen of the time, is taking that power, taking that dress from the holy face, and then reflecting and mirroring down the entire chain.

Means they want to take us into the reality of the mirror, take us into the reality of the one by one. And from the one and one, then is the preparation for the hajj and the holy entrance into Allah ‘Azza wa Jal’s Divinely Kingdom. The real hijra, the real hajj, the real reality that they are moving us towards, is to reach towards that Divinely Presence, for the soul to be nothing, the soul to be dressed from that reality, and from that reality, to enter into Allah ‘Azza wa Jal’s Heavenly Presence, Heavenly Kingdom InshaAllah.