Levels of the Heart

From the Teachings of Shaykh Hisham Kabbani

Allah swt is describing here, for the mutaqeen He will give them.. paradises and vineyards, and mature maidens of …cup full of wine…a reward from your Lord and ample calculated gift…deeds.”

And He describe the reward, “gardens and vineyards.” And we explained that.

It is said by the people of sincerity and reality, in tawilaat an-najmiyya min al-khawwas, “Inna lil-mutaqeen” is describing the mutaqeen – it means those who are trying to destroy their dark egos.

To be mutaqee means you must struggle with yourself, your 4 enemies, nafs, dunya, Hawa, shaytan. Those struggling against this evil, are unveiling the veils and brining themselves into a reward – mafaaza.

Something that cannot be described. It is described as gardens and vineyards. But the inner meaning of gardens is gardens of knowledge and Marifat.

When you say I have a garden of flowers or fruit trees. This means you have unlimited flowers. If you have a garden one variety it is boring or non-interesting. Here a garden then is meant a garden of the lights of the blessings of the beautiful names and attributes of Allah’s attributes, that becomes a rainbow of colors in his heart and he is able to move thru these colors and each one represents an ocean of knowledge. The colors we know from white to black, there is an ocean of knowledge that you cannot count.

It means Allah will dress you with his beautiful names like a rainbow that dresses you . when He bestows that and imbues with that – you are successful.

You have achieved it – the beautiful and majesty and beauty and all other attributes that allah bestowed on you. These attributes are like gardens.

These gardens are like gardens of the heart. The heat becomes gardens that uplift itself from worldly connection and uplifted to heavenly connection. When you are lifted to heaven. Connection it is different than dunya connection. When you connect to heavens, Allah will  make your heart full of vineyards and trees that are full of knowledge, that are always erect. That mean you are always ascending in knowledge mithlayni mithlayni, in ascending in knowledge.

When you are ascending in the divine presence you are knowing more and more the greatness of your lord. When you ascend, your lord will increase and as it increases, you become like someone who is drinking from a vineyard of love.

When people are In love in dunya, they are drunk and get drunk. That is a metaphor to describe the purity of your love when he raises you up in that love.. you will not be able to see anyone at that time but the Divine Presence. At that time you will be given qawa`iba atraaba.

In the spiritual meaning it means Lataif. 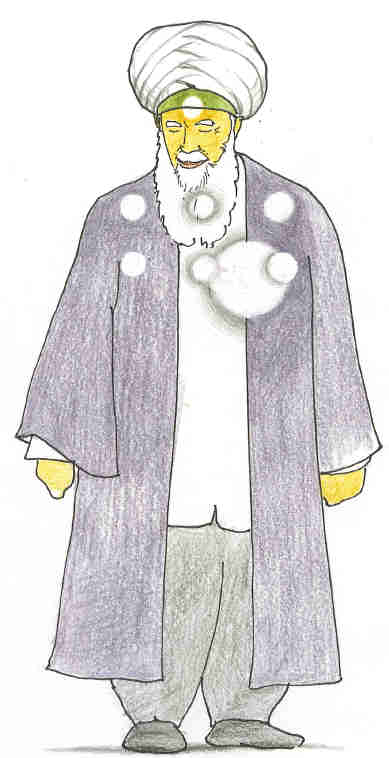 You can ascend from one layer to another of Lataif, those points in the chest. That is why many spiritual people and ascetics used these Lataif to ascend or they were opened to them. These seven levels.

Each level describes one heaven until your reach each one.

The secrets of each heaven will be inherited to you from the knowledge that Allah gave the Prophet from ulum al-awwaleen wal-aakhireen. When your heart becomes inspired with these seven heavens and Lataif, you will be given a full cup of Allahs Love. at that time everything disappears – even you do not know yourself.

At that time ilahi anta maqsudi wa ridaka matlubi. Your are my goal and your pleasure is my desire.

There is nothing else at that time. That will be granted to your. That cup will be full of love of knowledge and ma`rifat.

Never at that time will you hear whispering of dunya in your err. No more love to dunya or its pleasure, its wealth or anything belonging to it. Only your love is for Allah and His pleasure.

Today what is people’s love: their homes, how to decorate them, their children, how many cars they have, how much jewelry they have, and soon. When you are building yourself in love of Allah, then this kind of love does not exist anymore. When you have a full cup of love, then there is nothing you can put in it – it is perfect, anything else pours out. That is a perfect full moon.

At that time you will hear no gossips of shaytan.

{ Understanding His Iluhiyya and He is the Owner of Quwwah }

At that time there is not opportunity for that gossip to come to your heart, it is gone. Because you are seeking refuge from shaytan.

Allah is giving you that because that is what you were asking for and He is giving.

You will be taken away from the fire of this dunya.

And it is said that qawa’iba, is something that projects from the body or it has an outstanding shape, as described “full-breasted”.

In the interpretation it is from the beautiful names and attributes, whatever comes out from them of knowledge and ma`rifat – it means that which was hidden, and you became mature to receive it, as a girl who has no breasts, and when she grows up, the breasts emerge.

That is a description of the beauty of the knowledge that will emerge and come out when you approach the Divine Presence.

That relics of the images of the names that are in the Paradises of Actions. Jannat al-afa`al. – the Garden of Beautiful actions. If you are in the garden of beautiful actions, at that time something new will emerge which was never seen before, which had been hidden and now blossomed.

Wa kaasan dihaaqa. You will receive a full cup of pleasure of love and that love will be directed towards these relics of images of the knowledge that emerges from these names and attributes mixed with zanjabeel, and the fruits of paradise.

They will be given a reward that has no end. Jaza’an min rabbika at’an hisaba. That is a reward given without end according to his generosity. There is nothing more delicious and tasty to them or more pleasurable than what allah has given them in that station.

He specified that there is something between them. “Whatever is in heavens he is the lord of whatsoever is in between them – the most gracious.” “no one can have power to speak except one who has been given permission.”

He mentioned Rububiyya. The powerful lord. The lord is the one with power. What is in between – ar-rahma. When there will be no one there on Judgment Day to speak, laa yamliku minhu khitaaba. The only who dares speak is the one given intercession. Who is that? the Prophet (s).

He will write that mercy for the mutaqeen. Those mutaqeen. Everyone is hoping to be mutaqee. By Shafa` of the Prophet Allah will give them that station.

It means Allah who is Lord of the heavens and earth, he is the one who can give everything to heavens and earth and what is between them is his mercy. His vast unending mercy. When He gives he gives from where?

and what is between them – ar-Rahman.

It means He is the lord of the Heavens – it means when your heart becomes a fertile land for receiving lights of knowledge, then He becomes Rabb us-samawati il-arwaah.

The Lord of the heavens of the heart/spirit. At that time He will send to you from the knowledge of that name to make your heart a heaven of knowledge and he is lord of the ard an-nufus – Lord of the earth of the selves.

that is the secret of the heart, sirr al qalb.

Between the heavens and earth is the heart of the mumin, for He said, “neither heavens nor earth contained me but the heart contained me.”

What are the pillars of the heart. The name al-Rahman. you must approach from the noon to understand the Alif

That name describes all sorts of beauty and majesty because it is situated between the name Allah, which encompasses all the name and attributes, and the name ar-Raheem, which describes His special mercy to believers.

What is between the heart and heaven of soul is the light of the name ar-Rahman.

We will continue next time and stop now.

What is the Naqshbandi Islamic Way