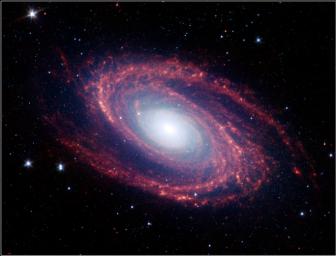 The Power of BASMALA

Towards the Understanding of  The Eternal Muhammad RasulAllah

– “It is said that all the knowledge that Allah gave to humanity in this universe is found in the four holy books: az-Zabur (Psalms), the Taurat (Torah), the Injeel (Gospel or New Testament), and the Holy Qur’an”.

BA- And the Bahr Qudra- Spinning Universes Oceans of Power

It is said that all the knowledge that Allah (swt) revealed was placed in the ‘ba’, the first letter of Bismillah ir-rahman  ir-raheem.

Shaykh al-Haqqi says, “The existence of all the universes and all within them is in the ‘Ba’.” This is because the ‘Ba’ is with Allah (swt).” It is He who brought that letter.  With that ‘Ba’ He created all the universes. Someone said, “Maa nadharru shayan illa wa r`aytullaha feeh” – “I never look at something without seeing a sign of Allah (swt) there.”

Every deed ( ‘amal) that the believer wishes to perform should be begun by saying,  “A`udhu billahi min ash-Shaytan ir-rajeem”. It is a request from his Lord for refuge,

The greatest sign of Allah’s (swt) Mercy (rahmah) is the creation of the universes and humanity – khalqil makhlooqaat.

The Prophet (s) said, `Inna lillahi `edur Rahma. ‘ata Wahidatan minha li `ahl id-dunya wad dakhala tis’an wa tis’eena `ilal `aakhira yarhamu bi naa’imat “Allah (swt) has 100 Mercies. He gave one mercy to all creations in dunya and left ninety-nine mercies for the hereafter in order to forgive His servants.” All life exists by means this single mercy. There is so much happiness present in dunya from only a single mercy that one can only imagine what the remaining ninety-nine left for `aakhira and the Judgment Day are like.

The entire nation of Muhammad (s) (`ummatun Naby (s) jami’an) will be protected by these ninety-nine mercies. As long as people say, “La `ilaha `illallah, Muhammadan Rasool Allah” and establish prayer, give poor-due, fast Ramadan and make the pilgrimage if they are able they will be in Paradise under those ninety-nine mercies. This blessing is from Allah’s attribute of Mercy.

He will put them there by saying “Bismillah ir-Rahmaan ar-Raheem”.

Shaykh al-Haqqi relates “Qaalu lillahi ta’aala thalaathatul `aalaf ism. Alfun ar-rawaha malaa`ika.” – “It is said that Allah (swt) has 3,000 names. One thousand of them He gave the angels to know.” They describe the greatness of His Mercy. Within every name there is a Rahmah with which Allah (swt) will bless His servants on Judgment Day. Wa `alf, ar-rafahul `anbiya. One thousand He gave to `anbiya (prophets). Three hundred in each of the Holy books (the Taurat, the Injil and the Zabur) and ninety-nine in the Holy Qur`an.

One name He left for Himself and no one knows this name. He placed all these attributes within three names: Allah, Ar-Rahman, and Ar-Raheem.

That is why Bismillah is followed by ar-Rahmaan  ir-raheem.

Shaykh al-Haqqi says, “Faman `aalimaha wa qaalaha fa kaannama dhakarallahu ta’aala bi kulli `asma`I” – “Whoever learned the Basmala and repeated it, it will be as if he had called upon his Lord by all three thousand of His Names.” (Anyone who repeats Bismillah ir-rahmaan  ir-raheem it is as if he has called upon his Lord by His three thousand Names). This is why Muslims should teach it to their children and teach them to repeat this phrase when beginning any action.

It is related that the Prophet (s) said, “The night that I ascended to Paradise, the four rivers of Paradise were beneath me:

He said, ‘All of them go to your Pond, Nahr ul-Kauthar, but I do not know where they come from. If you want to know, Ya Muhammad (s), ask your Lord, and He will teach you.’ I asked, ‘Ya Rabbi, from where do they come?’ An angel came and greeted the Prophet (s) and said, ‘Ya Muhammad (s), close your eyes.’ Then he said, ‘Open your eyes.’

The Prophet said, “I opened my eyes, and found myself by a tree,

“When I began to return, the angel said to me, ‘Why don’t you go inside?’ I replied, ‘How can I go inside when the door is locked and I don’t have the key for it?’ The angel said, ‘Ya Muhammad (s), the key to that lock is <<Bismillah ir-rahmaan  ir-raheem>>, so say it.’

So I approached, and I said, ‘Bismillah ir-rahmaan  ir-raheem’, and the lock opened.

A hadith relates that a du’a will never be rejected by Allah (swt) when it begins “Bismillah ir-rahmaan  ir-raheem”.[10]

Wa fil hadeethy ‘aydan ‘an an Naby (s), Man rafa’a firtaasa minal ardi maktooban ‘alayhi Bismillah ir-rahmaan  ir-raheem `ijlaalan lahu wa ismihi ‘an anludanna `askaya ‘indallah minas Siddeeqeen, wa khaffafa ‘an waalidayhi wa `in kaana mushrikeen. “If anyone sees a paper on the floor with Bismillah ir-rahmaan  ir-raheem written on it, and takes it and puts it in a safe place, and shows respect for the Name of Allah (swt) he will be raised to the level of Siddiqeen (trustworthy) and even if his parents were polytheists (mushrikeen), their punishment will be reduced because of that.”[11]

Ash-Shafi`i’s argument is that which is narrated in the hadith that the Messenger of Allah, may Allah bless him and grant him peace, used to recite “In the name of Allah the Merciful the Compassionate, All praise belongs to Allah Lord of the worlds.”

The argument of Ibn `Abbas is that the Basmala is written with every sura in the mushaf.

[7] The unbelievers of the Quraysh identified the Basmala with rejection of their idols and refused use of this phrase. It is related on the authority of Anas (r) regarding the Treaty of Hudaybiyya: … The Prophet (s) said to ‘Ali (r): Write” In the name of Allah, most Gracious and most Merciful.” Suhail [representing Quraysh] said: As for” Bismillah,” we do not know what is meant by” Bismillah-ir-Rahman-ir-Raheem”. But write what we understand, “B’ismik’allahumma – in thy name. O Allah”…. [Sahih Muslim, Book 19, #4404]

[H1]Is this part of the text or a comment?