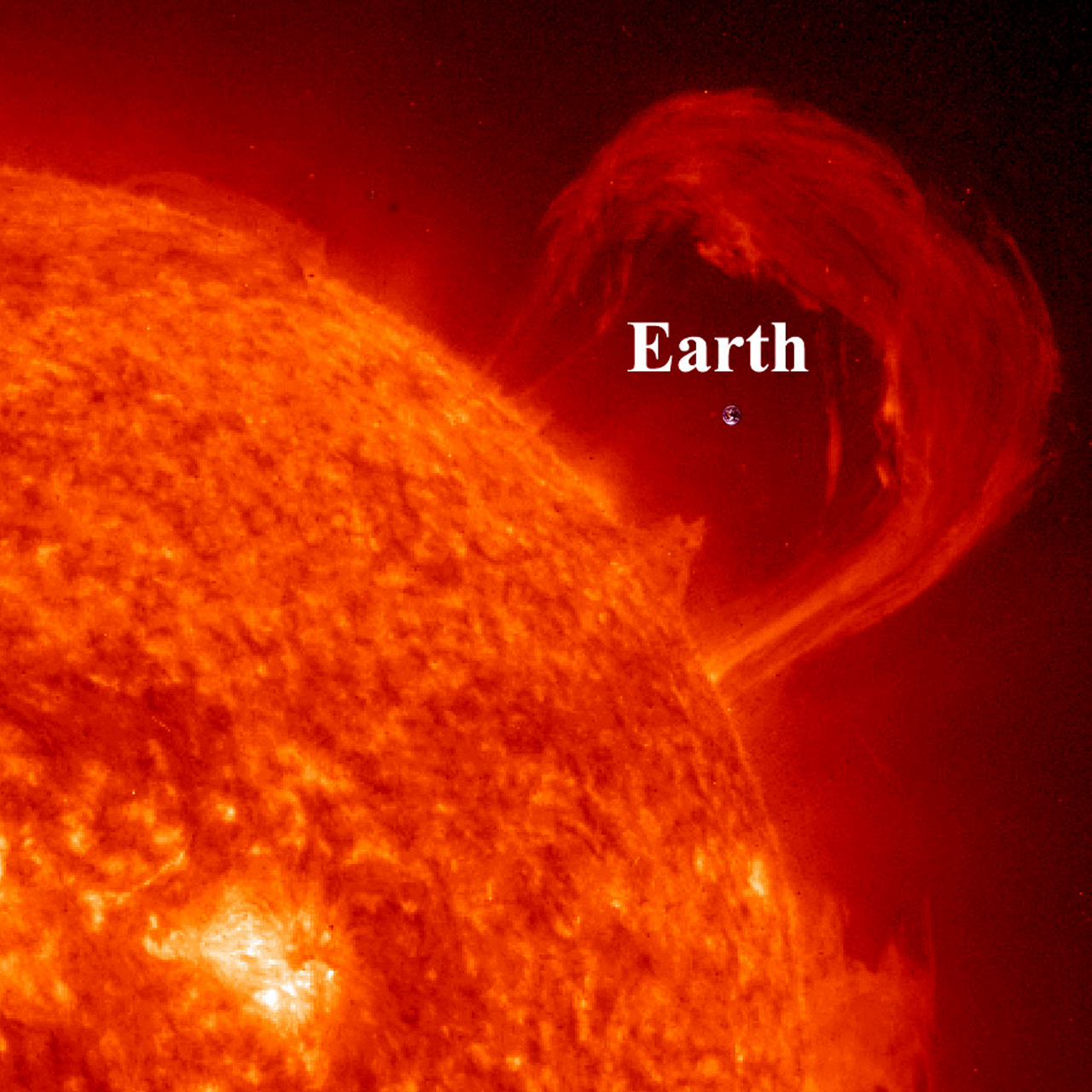 Qaf waalqurani almajeed Surah “50”,
( Al Quran is the Source of His {Sayedena Ahmad {S}} Power Allah Dressed Him With.

So when Allah swt, wash-shamsi wa duhaaha. He is saying the sun. what do we understand from the sun.

And then he said, by the sun and its splendor. Splendor means what? Duhaaha is not only splendor. Dahwa. Is the appearance thru the sign of the light and establishing its strength, when something appears it takes all the attendance they say “you are the spotlight or the guest of honor” at a conference.

{To Know Sayedena Muhammad is to Understand His Light and His Gift to Creation by His Appearance.}

The sun as it appears in the sky, takes the whole sky under it, it becomes the sultan of the sky. Nothing appears there any longer. Do you see anything else there.

That means by its strength, its sultan. { Nothing is Like Unto Allah, but Understand the Best of His creation is Sayedena AHMAD {S}}That appearance is for that sun. do you see anything else. Look at the sun for two minutes, then turn your eyes, you see nothing but black. { It will snatch away your site, how dare you stare directly at Me.}

That is the meaning of the word duhaaha.

And when duha, which is why we pray ishraq, and then we pray duha, which is when it goes higher and higher, at the zenith we pray dhuhr. In between we pray duha. The highest peak of the sun is at the zenith. Like the moon going to its full. { Naqshbandi Awrad: Zuhr Prayer Read Surah Mulk, The zenith and power shows at that time by the day and night, again reading at Isha Salat. for the Two Kingdoms  Malik Hayat- Heavens , Malik Dunya-Physicality}

And ad-dahwa, and ad-duha, are two words that describing the nur ash-shams, the light of the sun. and when that light comes, every shadow disappears. { In His presence all Illusions will disappear.}There is no more shadow. Every shadow you can no longer see.

When the sun reaches the duha, the zenith. That is why at the zenith, if you put a stick, you don’t see any shadow. It is controlled. It is dominating everything. There is nothing except under its control. That is why Allah is saying “was-shamsi wa duhaaha” you have to understand that is not something simple.

Who is putting that sun millions of years, in that place with that light, that source of light giving life to unity and making the day and night to be two signs, ayataan, two miracles.{ Secret of Time}

By making that earth turn around itself, making day and night.

Why not the sun turning about its axis? Why not the sun. who made the sun fixed and the earth moving.  Doesn’t it need something behind it? That is Allah’s greatness, saying, “take an example from my creation.” Look at the sun and its strength and its domination.

Nothing can stand in front of the sun. even if you take a big telescope it burns everything. Put a magnifying lens, it burns.

Who made that source of energy?

How much they are getting oil to make energy here, and they are afraid that after 100 or 20 years it will finish. Allah was not afraid that the sun will finish. That is the power of “kun fa yakoon.” When He says, “Be and it will be.” When He says, “Stop”, it will stop. The sun, its praising of Allah, tasbih ash-shams, is what keeps its light and its energy continuously emanating. That is from its praising to Allah swt. That we cannot hear, but he Prophet can hear.

That praising it is its source of life. { The Praise of Nur i Ahmad is what Allah is Supporting the power on the tongue of His Beloved Caliph Eternally Muhammad RasulAllah. MuHammid al Kawn}

When Allah wants it to cease, he orders it to stop praising and it stops, it goes.

By the moon which follows her.” Follows? Follow what?

It doesn’t walk. { The Moon Is The Physical Representative of Sayedena Muhammad {S} at all times their must be a steward of the Throne. Magam Fardani “Warith Muhammadia”}

“by the moon as she follows him” – what do they explain here.

Allah is showing His greatness, that when the sun goes the moon comes.

Who is moving that? Who is making that change? “Wa kullun fee falakin yasbahoon.” And every planet in its orbit is swimming. Who is making the sun to go and the moon to come.

The moon is there but you cannot see it, until the earth turns on its axis and becomes on the side that is dark, then you can see the moon. Because at that time the sun does not show up, you can no longer see it as it is becoming dark.

The moon is following the footsteps of the sun. 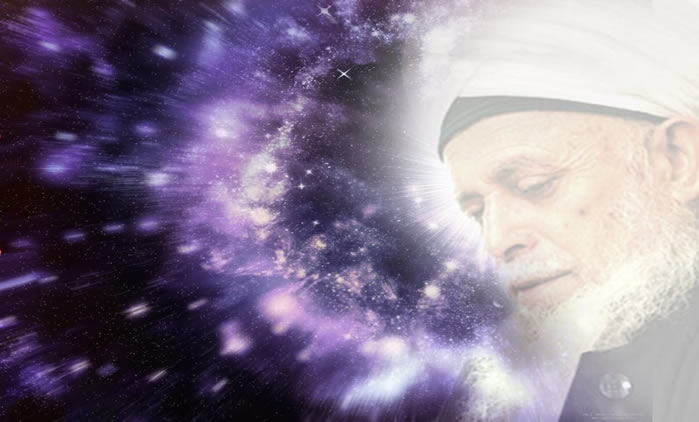 So what did the moon do? It is Allah’s Word, not our word.

The moon followed. It means follow the footsteps, behind the sun.

So when she follows the footsteps of the sun, it begins to reflect that light of the sun on the earth. { The Qawth or Muhammadan Representative will keep the True Muhammadan Light on Earth and all creation to benefit as well all the Stars which are the Souls of Enlighten Beings or Saints}

The moon has no activity on it.

There is no energy  explosions, if we want to describe it in a scientific way, but since the moon followed the way or followed the other one with its activity and energy, she will inherit or be blessed or be dressed with its light.

That is why to awliyaullah, as we go to a different explanation.

The sun to the awliya represents the ruh, the spirit. {O mankind! reverence your Guardian-Lord, who created you from a single person RUH  WAHID }

That ruh that has the activity, the energy, the power.

The body without the spirit, is nothing.

The moon without the sun doesn’t shine.

The body without the spirit doesn’t function.

The spirit is the main source of life to that dead body.

From that the moon becomes, takes the light from the sun, then becomes like a representative to the sun at night.

That means “I am sending him that life to make that earth alive.”

Describes the whole life structure. There is one main source, and its representative.

The moon of the human being is the place of the heart.

When you make the heart down and the ruh up, as the sun dominates the entire sky when it appears, then every cell of your body will be reflecting light to humanity. That is what we were describing in jumu`ah, how Sahaba were able to convert people around the world in masses.

As we said, as the moon follows the sun, “as the moon when she follows him,”

The first that thing That Allah created was my Light.

That is why He said, “If you really love Allah follow me.” How do people follow the moon? They follow at night. If there is no moon you are lost at night. How do you find your direction. You cannot see.

May Allah forgive us. May Allah support us.

They teach Tafsir ibn Kathir and they teach Tafsir al-Jalalayn. But al-Jalalayn is perhaps as long as the English commentary. But Suyuti has another tafsir ad-Durr al-manthur which is xx volumes. Every volume is 700 pages. They teach the mukhtasar, the abridged version, which is al-Jalalayn. So they don’t have the full information. And no one translated any of these tafasir to English . That is a big project and very difficult. Surat al-Kahf took

Creation of The Throne {Arsh}

Where is Holy Qu’ran Emanating From? Realities of Laylatul Qadr (Night of Power)

The Power of Taweez and its Protection in the Unseen world

Truth Has Arrived and Falsehood Has Perished﻿ – Tafsir 17:81