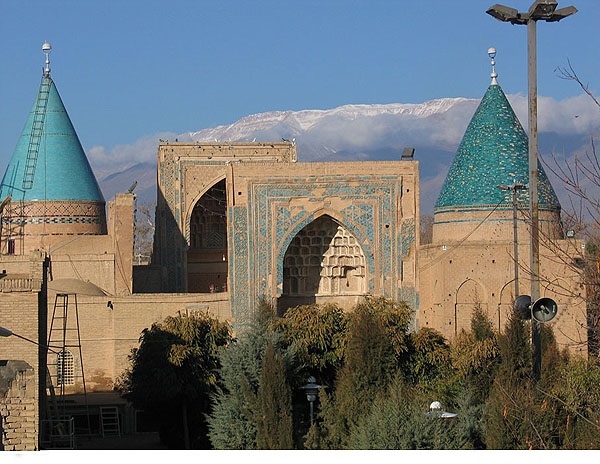 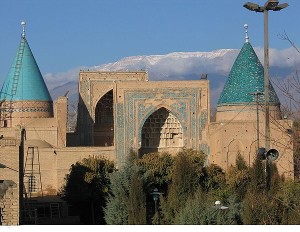 He urged his disciples to put their affairs in the hands of God. He encouraged them to accept sincerely the pure doctrine of the Oneness of God.

This doctrine consisted of five essentials:

Tayfur Abu yazid al Bistami said: “I made four mistakes in my preliminary steps in this way. I thought that;

I have planted love in my heart
And shall not be distracted until Judgment Day.
You have wounded my heart when You came near me.
My desire grows, my love is bursting.
He has poured me a sip to drink.
He has quickened my heart with the cup of love
Which He has filled at the ocean of friendship.
— Tayfur Abu yazid al-Bistami


From His Sayings:
One of his sayings was, “I have come to God through God. I have come to know what is other than God with the Light of God.” He said, “God has granted His servants favors for the purpose of bringing them closer to Him. Instead, they are fascinated with the favors and are drifting further from Him.” And he said, praying to God, “O Lord, You have created this creation without its knowledge. You have placed on it a trust without its will. If You do not help it, who will?”

Mawlana Tayfur said, the ultimate goal of the Sufi is to experience the vision of God in the hereafter.

To that effect he said, “There are special servants of God who, if God veiled Himself from their sight in Paradise, would implore Him to take them out of Paradise just as the inhabitants of the Fire implore Him to release them from Hell.”

He said about God’s love for His servant, “If God loves His servant, He will grant three attributes that are the proofs of His Love:

The true lover never considers any affliction too great and never decreases his worship because of his pure faith.”

For this reason, the Naqshbandi followers have been elevated by their love for their Shaykhs. This love lifts them to a station of continuous pleasure and continuous presence in the heart of their beloved.

Many Muslim scholars in his time, and many after his time, said that Tayfur Abu Yazid al Bistami was the first one to spread the reality of annihilation. Even that strictest of scholars, Ibn Taymiyya, who lived in the seventh Hijri century, admired Tayfur Abu Yazid for this and considered him to be one of his masters. Ibn Taymiyya said about him:

Tayfur Abu Yazid`s saying, “I want not to want except what He wants.”

It was reported that Tayfur Abu Yazid said:
“I divorced the lower world three times in order that I would not have to return to it, and I moved to my Lord alone, without anyone, and I called on Him alone for help by saying, “O God, O God, no one remains for me except You.” At that time I came to know the sincerity of my supplication in my heart and the reality of the helplessness of my ego. Immediately the acceptance of that supplication was perceived by my heart. This opened to me a vision that I was no longer in existence, and I vanished completely from myself into Him. He brought up all that I had divorced before in front of me, dressed me with light, and with His Attributes.”

Tayfur Abu Yazid said, “Praise to me, for my greatest Glory!” And he continued saying, “I set forth on an ocean when the prophets were still by the shore.” And he said, “O My Lord, Your obedience to me is greater than my obedience to You,” meaning, “O God, You are granting my request and I have yet to obey You.”

When Tayfur Abu Yazid al Bistami had been persecuted and stoned by his tribe, he went on a ship and said, “O My Lord 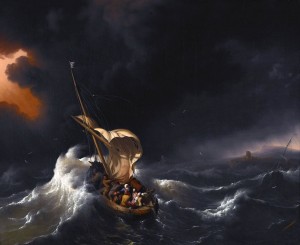 take me to a place where I will feel happy.”

Then the ship began to toss about on the high waves. The captain of the ship said, “There must be a great sinner on board who is causing this calamity.” He said, “I am that sinner; throw me in the ocean.”

He said to himself, “I am going into that ocean and I am going to seek the presence of God.” As soon as he was thrown in, the water stopped tossing about, and Tayfur Abu Yazid without thinking of any other purpose and using his utmost spiritual power—began to plunge into that ocean at a speed greater than that of light, and he reached a place where it was complete darkness and complete void. There he heard a voice, described as, “Huuuuuuuuuuuuuuuuuuu.”

. Using his spiritual power, he was trying to count the number of all the people saying “Hu” at that location. Despite applying all his power, he could not count them. He realized it was a presence he could not reach, and he knew it was that of Shah Naqshband with his followers. Although Shah Naqshband appeared many centuries after Shaykh Tayfur Abu yazid al-Bistami, on this occasion Tayfur Abu yazid was able to reach his spiritual presence, along with Shah Naqshband’s mureeds.

Ibrahim Khawwas said:
The way that God showed to him, with the most delicate word and the simplest explanation, was to leave self-interest in the two worlds, this world and the hereafter. “Leave everything other than Me behind.” That is the best and easiest way to come to God, Almighty and Exalted. The most perfect and highest state of affirming Oneness is not to accept anything or anyone except God, the Most High.

Adh-Dhahabi quoted him in many great matters, among which were “Praise to Me, for My greatest Glory!” and “There is nothing in this robe I am wearing except God.”

Adh-Dhahabi’s teacher, Ibn Taymiyya, explained, “He did not see himself as existing any longer, but only saw the existence of God, due to his self-denial.”

One of the followers of Dhun Nun al-Misri was a follower of Abu yazid. Tayfur Abu yazid asked him, “Whom do you want?” He replied, “I want Abu yazid.” He said, “O my son, Tayfur Abu yazid has wanted Abu yazid for forty years and has still not found him.” That disciple of Dhun Nun then went to him and narrated this incident to him. On hearing it, Dhun Nun fainted. He explained later saying, “My master Abu yazid has lost himself in God’s Love. That causes him to try to find himself again.”

They asked him, “Teach us about how you reached true Reality.”

To a young man who wanted a piece of his old cloak for blessing, Tayfur Abu yazid said:
Should you take all Abu yazid’s skin and wear it as yours, it would avail you nothing unless you followed his example.

They said to him, “The key to Paradise is bearing witness that there is no god but God.”
He said: It is true, but a key is to open a lock.

The key of such witnessing can only operate with the following conditions:

Ad-Daylami said:
Once I asked Abd ar-Rahman ibn Yahya about the state of trust in God. He said, “If you put your hand in the mouth of a lion, do not be afraid of other than God.” I went in my heart to visit and ask Tayfur Abu yazid about this matter. I knocked and I heard from inside, “Was not what Abd ar Rahman said to you enough? You came only to ask and not with the intention of visiting me.” I understood, and I came again another time one year later and knocked at his door. This time he answered, “Welcome my son, this time you came to me as a visitor and not as a questioner.”

They asked him, “When does a man become a man?” He said:
When he knows the mistakes of his self and he busies himself in correcting them.

Al-Abbas ibn Hamza related the following:
I prayed behind Tayfur Abu yazid the noon prayer. When he raised his hands to say Allahu akbar he was unable to pronounce the words, fearing from God’s Holy Name. His entire body trembled. Sounds of breaking bones could be heard. I was seized by fear and awe.

People began to cry. Tayfur Abu yazid continued, “The slave possesses nothing. When he dies, he leaves nothing but his own Master. He is such as God created him in the beginning.” He recited, “You shall return to us alone, as We created you the first time.” (6:94)

[It will be said to them], “And you have certainly come to Us alone as We created you the first time, and you have left whatever We bestowed upon you behind you. And We do not see with you your ‘intercessors’ which you claimed that they were among you associates [of Allah]. It has [all] been severed between you, and lost from you is what you used to claim.” (Surat Al An’am 6:94)

The thirty-ninth Shaykh of the Golden Chain, Sultan al Awliya Shaykh Abd Allah ad Daghestani, referred to this saying in his encounter with Khidr

, who told him, as he was pointing to the graves of some great scholars in a Muslim cemetery, “This one is three years old. That one, seven. That one, twelve.”

Grandshaykh Tayfur Abu Yazid al Bistami died in 261 AH/875 CE. It is said that he is buried in two places; in Damascus and Bistam, in Iran. The secret of the Golden Chain was passed from Mawlana Tayfur Abu Yazid al-Bistami to Shaykh Abul Hasan al-Kharqani.

The 5 Levels of Knowledge Secrets of the Heart