The Angelic Realities in Our Food & Water 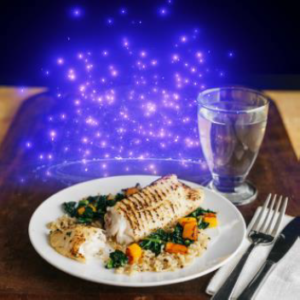 The food has an immense reality. That everything we are doing is unlocking the power within the food and water. That every tajalli (manifestation) that coming for insan (human being), and the shaykhs and all the associations, they put all the tajallis of whatever they are doing upon the water and the food. Because the hearts of men are not capable of absorbing that reality. Where we pray, we keep water and food. And in our homes where we make zikr (Divine remembrance), we keep water and food. They understood that every association, every zikr, every salat (prayer), every action that you are doing, its dress is most powerful upon water and food.

That the malaika (angels) inside the water and the food, they are the ones saying ameen at the level of angelic purity. So soon as we make our salat, we make our zikr (remembrance), we make our du’as (supplications). When we are making the du’a, the angels, and the angels in the water, the tea, the food, we have an entire store place of food. Every angel upon them is saying “Ameen, ameen, ameen” – not at our level, but at an angelic level. What reality that carries is unimaginable.

The Du’a of Generous Qadiri Shaykh has 30,000 Blessings 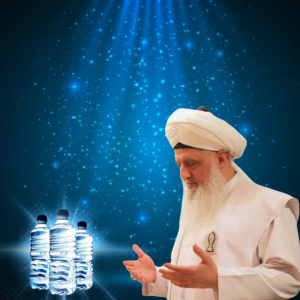 And on top of that, if one of those generous people are from Abdul Qadir, that they are qadiri people of Laylatul Qadr (Night of Power). Everything they do is multiplied by thirty thousand. Because Allah (AJ) says, We grant them, “Salaamun Hiya matlail Fajr.” 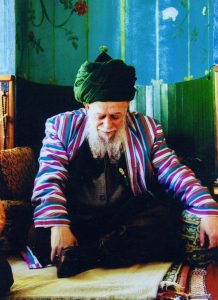 On top of that – because it keeps going – then Sayyidina Muhammad ﷺ sweetens the deal. He ﷺ says, ‘Oh, if Allah (AJ) giving that, then let me tell you what Allah (AJ) gave me to give to that servant.’ If they do one hour of tafakkur (contemplation) that is accepted, and they become ahlul tafakkur (people of contemplation), and the people of that reality; every hour of theirs is like somebody else’s seventy years of worship. One hour with them is as if you find somebody for seventy years has to worship, if you spend just one hour with them.[hds]

Real Ahle Tafakkur Have a Live Connection to Heaven 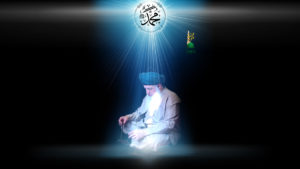 Twenty four hours times seventy years, we said was like 1,600 years, one day with them (24 x 70 = 1680). Because these Ahle Tafakkur (people of contemplation), they’re continuous live tafakkur. When they have been granted the station of tafakkur, their connection is live all the time. They’re streaming all the time. They shut off for people, but their heart is alive and awake, and they’re streaming twenty-four hours a day. So, it means their day is equivalent to 1,600 years of worship. If you spent one day with them, it’s as if you spent 1,600 years with somebody else. So knowing one of them has a tremendous amount of light and blessings, and dressing. So then imagine the angels in their food, the angels in their water, how much Allah (AJ) sending.

Saints are Fountains of Mercy upon Earth 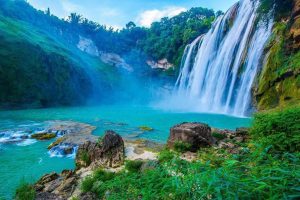 Allah (AJ) inspired them to reach to that reality. And as a result, they are like abundant fountains of Allah’s (AJ) Grace and Rahmah (mercy) upon the earth. And by means of them, everything is kept green. By means of that, everything is revived. By means of that, they are muhyil qulub (reviver of hearts). Any heart that comes dead around them, through them, through their signal, Allah (AJ) will revive it and bring it back to life.

Inheritors of the Secret of Sayyidina Khidr (as), Revive the Hearts 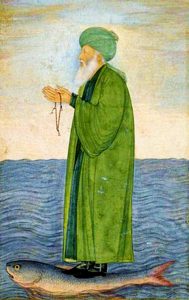 “He said, Did you see when we retired to the rock? Indeed, I forgot [there] the fish. And none made me forget it except Satan – that I should mention it. And it took its course into the sea amazingly.” (The Cave, 18:63)

So we said the night before, they destroyed mahyidh dhunub (destroyer of sins). From just the meem-ha, Sayyidina Muhammad ﷺ, they crush all of the rust and the badness that’s around that insan (human being). That same light that comes and burns away everything, returns it as new. 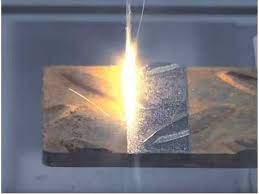 SubhanAllah (Glory be to Allah), Allah (AJ) now has that technology for lasers for insan to see. So, they bring this really old and rusty, dirty piece of metal, and they have a laser. And they bring the laser, and they’re just hitting the metal and it’s going ‘krekhh’ (Shaykh makes burning noise), looks like it’s burning it. And with a laser light, they take away all the rust and this device becomes as if brand new. The laser light is at such a frequency that it’s burning through all of the rust and returns that piece of metal as if it’s brand new. And they show you brand new. And they use this in industrial cleaning now with this laser light. 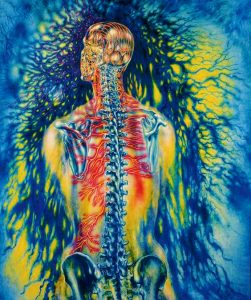 Deduction of Sickness through Laser

This for Allah (AJ) to show insan (human being), ‘What you people think you can make it, and you don’t think Allah (AJ) has it?’ Allah (AJ) has servants through their eyes, they merely look, more powerful than that laser light and it burns away everything. They have laser lights now, where they can detect a sickness within your body cell. They inject a dye that attaches to that sickness, for example, and makes that sickness to have a blue colour. Then they make a laser that goes through your skin and only targets the blue colour. And from outside, they shine a light. It goes in and begins to attack everything that’s blue. 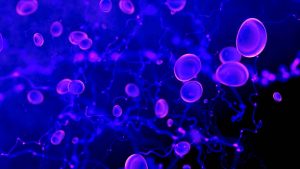 All these technologies, Allah (AJ) is showing, ‘Toshiba made it, you don’t think Allah’s (AJ) Heavens has it? Of course.’ These are the eyes of the believer, their eyes and their souls. Their light merely moves where Allah (AJ) wants it to move. It can clean, it can cleanse, it can heal, it can everything. But we have to build our self for that reality and to dress our self from that reality, inshaAllah.