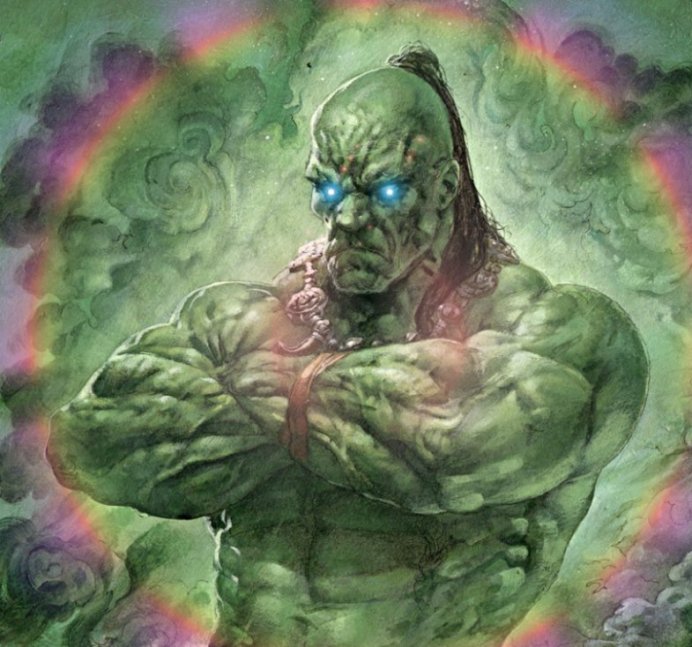 What are Jinn or Spirits

The Existence of Spirits Created from Smokeless Fire (jinn)

He mixed fire and plants, so the form of the jinn was set up
as an interspace between two things

It is between a bodily spirit with a place in depth
and a spirit without “where”.

That which accepts embodiment seeks for food for
nourishment without falsehood,

For this reason, it obeys one moment and rebels the next.
He will repay those of them who disobey with two fires.

(Creation of the Jinn, angels and man)

Allah says, “He created jinn from a fusion of smokeless fire.” (55:14) It is reported in sound hadith [saying of the Prophet], “Allah created the angels from light and Allah created the jinn from fire and He created man from what you were told.” As for what the Prophet said about the creation of man “from what you were told”, he was concise and did not specify it as he did in the case of the creation of the angels and the jinn. The Prophet “was given all the words”. This is part of them. The basic creation of angels and jinn did not vary.

(The conceptual cohesion of heaven and earth)

When Allah set up the four basic elements and smoke rose to the bottom of the Sphere of Fixed Stars, the seven heavens unwound themselves in that smoke, each separate from each other. He “revealed, in every heaven, its ordinance” after “He established in it its nourishment” and all that was “in four days“. Then he said “to the heavens and the earth: Come willingly or unwillingly.” (41:9-11) i.e. they answer when they are called to produce what He wants them to produce. They said, “we come willingly.”

Then Allah established a conceptual cohesion between heaven and earth and a direction by which He desires to bring into existence products in this earth in the form of minerals, plants and animals. He made the earth like the wife and the heaven like the husband.

(The four elements and the formation of man and jinn)

When air is ignited and heated, it burns like the lamp.

The jinn are composed of the two elements of fire and air,

The jinn did not know that the power of water from which Adam was created was stronger than fire for it extinguishes it and earth is firmer than fire by cold and dryness.

Adam was given humility on account of the clayness of his nature.

When the Prophet recited Surat ar-Rahman to his Companions, he said, “I was reciting it for the jinn. They listened to it better than you. When I said, ‘So which of your Lord’s blessings will you deny?’ they stated, ‘We do not deny any of the blessings of our Lord’. They affirmed them and did not quake when they were told, “So which of your Lord’s blessings will you deny?” in his recitation. That is by is in the nature of the jinn of earth and of water which remove the fieriness of fire. Some of them are obedient to Allah and some are rebellious, like us; but they can take on forms as can the angels.

(Their basic form is spiritual)

Allah has made them invisible to us so we do not see them except when Allah wishes to lift the veil for certain individuals who then see them.

(Procreation in jinn and men)

Then Allah breathed the spirit into the flame which was full of turbulence because of its insubstantiality. The blowing increased the turbulence and air dominated it and it did not remain in the same condition.

(The years between the creation of jinn and men)

(The Jinn are an interspace between angels and men)

The angels are spirits breathed into lights.

(The food and marriage of the jinn)

The elements of air and fire dominate the jinn.

As their union with each other in marriage, it is in the form of twisting – like what you see of smoke issuing from a kiln or a pottery oven. The smoke intermingles and each of the two individuals enjoys that mutual entry. Their ejaculation resembles like the seed of the palm and is in the form of pure scent, just as is the case with their food.

(The tribes and clans of the jinn)

They have tribes and clans. It is said that they are contained in twelve tribes and then they branch into subtribes.

(The manner in which the spiritual world appears in forms)

When this spiritual world takes on shape and appears in a sensory form, the eyes confine it since it cannot abandon that form as long as the eye continues to look at it although that it is the human being which is looking.

If it happens that one of those forms is slain and apparently dies, that spiritual being moves from the life of this world to the interspace just as we move when we die.

No information about it remains in this world, just as is the case with us.

(The formation of the world of the jinn)

When the time for the formation of the world of the jinn came, He directed three of the trusty angels in the first sphere who took their deputies which they needed for this formation from the second heaven.

When the formation of the world of the jinn was complete, Allah directed the spirit from the World of Command and breathed a spirit into that form by which life flowed into it.

( The creation of Adam and the formation of man)

If you are among the people of unveiling, reflect on the words of Allah, “and His throne was upon the waters.” (11:7)

The reason for that is that the human organism accords deliberateness in matters, perseverance, meditation and reflection due to the predominance of the elements of earth and water in the human temperament. Thus the human being has ample intellect because earth holds him back and restrains him while water makes him supple and easy. The jinn are not like that. The jinn’s intellect does not possess that which will enable him to hold to something as the human being does. This is why we say, “So-and-so is ‘light’ of intellect and dim-witted” when he is frivolous and foolish! This is the attribute of the jinn, and by it the jinn strays from the path of guidance due to the frivolous nature of his intellect and his lack of firmness in his thought. So he said, “I am better than him,” (7:12) and combined ignorance and bad manners because of his frivolous nature.

(The first shaytan of the jinn)

So any jinn who rebels is shaytan,

(Iblis was the first of the wretched jinn)

Most people claim that al-Harith was the first of the jinn, and that he was in the same position to the rest of the jinn as Adam is to mankind.

One day I came upon one of the saints whose intellect was deranged. He was weeping and saying to the people, “Do not stop with His words, ‘I shall assuredly fill Hellfire with you’ (38:85) and apply them to Iblis alone. Look how He alluded to you when He said, ‘…Hellfire with you’. Iblis was created from fire, so he returns to his source – may Allah curse him! If Iblis is punished with it, the punishment of pottery by fire is greater, so take heed!”

When Hellfire (Jahannam) was mentioned, this saint only thought of fire in particular, and was heedless of the fact that Jahannam is a name for both its intense heat and its intense cold. It is called Jahannam by its frowning (jahama. Jahuma means “to have an ugly face”) because its appearance is hateful.

Secrets of “7” Nun and Nitrogen of DNA