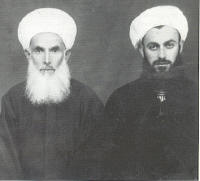 The Great Stations of  The Naqshbandi Murshids (Spiritual Guides) 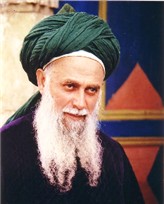 (Holy Quran S.28: V.88)… kullu shayy’in halikun illa Wajhahu, laHu l-Hukmu wa ilayhi turja’un. All things perish except His Face. His is the Judgment, and unto Him you shall be returned….

They exist on this earth solely for the purpose of Guiding Souls to their Heavenly Realities.

The Four Levels of Murshid

If you really love Allah, follow me and Allah will love you. (Qur’an )

The Naqshbandi shaykhs are guides to Sayedena Muhammad [S] and Allah . Whatever Prophet gives you, take it, and whatever he prohibits, stop it. (Qur’an )
They maintain the discipline of shari‘ah, to build you up with daily obligations and to a level of iman and progressing to the level of Ihsan.

Genuine Murshids are of four levels:

often reminded us of the following:
“You must always keep three nails tacked to your forehead (i.e. remember these three rules at all times if you want to succeed in tariqat).

The most important instruction is, if one completes these three actions consistently, Allah will send the angel Reeha Sibah, who will carry the murid to the Divine Presence! He will do this for us because we obeyed Allah by obeying our Shaykh, and His Mercy is Infinite and He may do as He pleases. We will reach the Divine Stations not because of our ‘amal, worship, or any sacrifice, but because of our level of surrender.

Upon hearing this, a murid asked, “Why then strive in worship?” The Shaykh will take each of his followers into the Divine Presence at some point,

The second category is Murshid at-Tazkiyya. He guides you in a cleansing process called tazkiyat an-nafs.
How does one clean one’s self? What kind of struggle must one go through in order to achieve control over one’s desires?

The Prophet [s] said:
Whoever guarantees whatever is between his two jaws and his two legs,

I will guarantee him paradise.

Desire is whatever comes and goes from the mouth and whatever proceeds from sexual desire, shahwat al-haraam. Jihad an-nafs brings control of such desires.
Your self will never allow you to control it. It is always in a fight with you.
The tongue always desires the best food. In struggling with the self, first is the desire for food.
You want the best kind of food, always seeking more types of food. If you have ten, you want twelve. Always the eyes are hungry!

The Prophet [S], along with the sahaba, most frequently ate leftover sauces of meat, without any meat. They dipped the bread in the sauce, considered it a great meal, and they were happy, Alhamdulillah. Nowadays, oh! We want so many foods, shipped from other countries, to make exotic dishes of every kind! So, at this level, prohibiting your tongue from eating what is forbidden and even from overeating, is essential. Backbiting, lying, spreading mischief and planning conspiracies – all this is through the tongue and must be avoided as it is from shaytan. Anyone indulging in these practices becomes like a peacock ‑ arrogant. Pharaoh became so arrogant, saying, “I am your Lord most high.” He did not see anyone higher than himself.
The Murshid at-Tazkiyya destroys these desires. How?
By showing how to follow in the footsteps of the Prophet [S].

Don’t refuse to open your door! The Murshid at-Tazkiyya is the one running after Allah. Allah sends to him sincere servants, running to sit with him.

they are given the full trust of Allah. 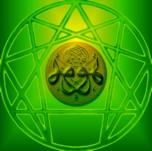 Grandshaykh, may Allah sanctify his soul, said there are nine awliya whose du’a Allah will accept and change whatever they ask from the lawh al-mahfoudh. Mujtahid mutlaq in shari‘ah and haqiqat.
When Grandshaykh was asked by his Grandshaykh, Shaykh Sharafuddin, to accept that level of irshad by his shaykh, he said, “If you are asking I am saying no.” Shaykh Sharafuddin said, “It is an order from the Prophet [S].” Grandshaykh said, “If it is an order, ala raasee wal-ayn. But if it is being given, then I don’t accept that responsibility.

The Murshid is present in all these realities as if he is living in the past, the present and even the future, up to Judgment Day. Allah [Aza waJal] gives him the five different elements of Irshad:

Bihurmat al habeeb wa bi hurmat al-Fatiha. For the sake of the Beloved, for his sake we recite the Opening Chapter of Qur‘an.

Realities of The Circle and Secrets of Hajj and The Womb