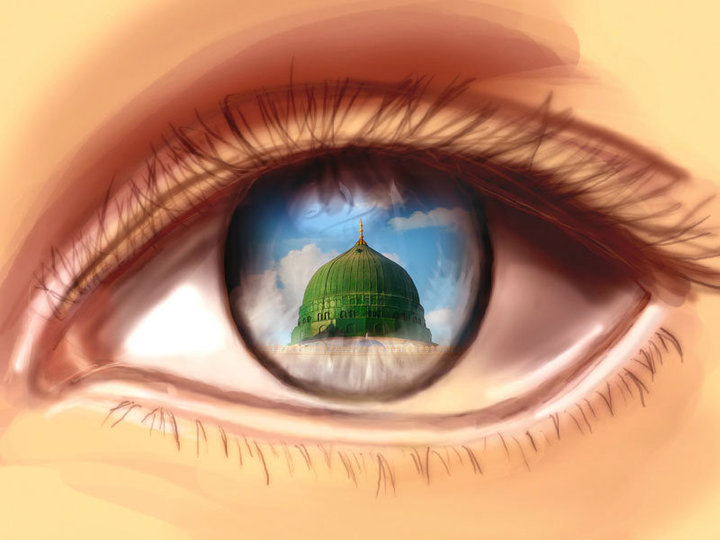 What is Seeing and Nur Muhammad?

Your Sight is From Nur -e- Ahmad (saws) 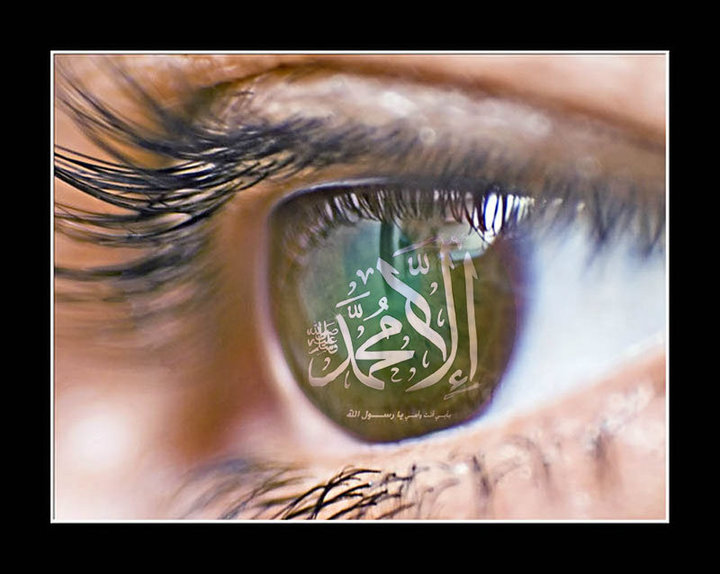 Him” but Look for His Signs. The greatest of His Signs is The Eternal Muhammad RasulAllah

The Design in Light

Holy Quran 6:78 “When he saw the sun rising in splendor, he said: “This is my Lord; this is the greatest (of all signs).”

From Allah, The Sun is a Gift to Creation: Breathing, Seeing, Food, Warmth and much more…

Holy Quran Rahman 55:13 “Then which of the favors of your Lord will ye deny?”

“That the radiation from the sun (and from many sequence stars) should be concentrated into a minuscule band of the electromagnetic spectrum which provides precisely the radiation required to maintain life on earth is very remarkable.”
Ian Campbell, British Physicist

The sun is probably the one thing we see most often throughout our lives. Whenever we raise our sight to the sky during the day, we can see its dazzling light. If someone were to come up and ask “What good is the sun? we would probably reply without even a thought that the sun gives us light and heat. That answer, although a bit superficial, would be correct.

But does the sun just “happen” to radiate light and heat for us?

Recent research indicates that the answer to the last two questions is “yes”. “Yes” because in sunlight there is a design that inspires amazement.

The analogy shouldn’t be taken too far however because there are huge differences in the wavelengths of electromagnetic radiation.

THE DIFFERENT WAVELENGTHS OF ELECTROMAGNETIC RADIATION

The stars and other sources of light in the universe do not all give out the same kind of radiation. Instead, they radiate energy with a broad range of wavelengths.

The first thing to be noticed about the electromagnetic spectrum is how broad it is: the longest wavelength is 1025 times the size of the shortest one. Written out in full, 1025 looks like this:

A number that big is pretty meaningless by itself. Let’s make a few comparisons.

For example, in 4 billion years (the estimated age of the earth) there are about 1017 seconds.

This is the vast spectrum over which the different wavelengths of the universe’s electromagnetic energy extend.

[Sun’s Radiation and the Three types of light]

Now the curious thing about this is that the electromagnetic energy radiated by our sun is restricted to a very, very narrow section of this spectrum.

Why should sunlight be limited to such a narrow range?

The answer to that question is crucial because the only radiation that is capable of supporting life on earth is the kind that has wavelengths falling within this narrow range.

In Energy and the Atmosphere, the British physicist Ian Campbell addresses this question and says “That the radiation from the sun (and from many sequence stars) should be concentrated into a minuscule band of the electromagnetic spectrum which provides precisely the radiation required to maintain life on earth is very remarkable.” According to Campbell, this situation is “staggering”.

From Ultraviolet to Infrared

We said that there was a range of 1:1025 in the sizes of the longest and shortest electromagnetic wavelengths.

Radiation with wavelengths longer than visible light begins at infrared and extends up to radio waves.

The “impact upon matter” that we spoke of has to do with chemical reactions.

In the whole electromagnetic spectrum, there is just one little band that has the energy to cross this threshold exactly.

The radiation known as “visible light” makes up 41% of sunlight even though it occupies less than 1/1025 of the whole electromagnetic spectrum.

In his famous article “Life and Light”, which appeared in Scientific American, the renowned physicist George Wald considered this matter and wrote “the radiation that is useful in prompting orderly chemical reactions comprises the great bulk of that of our sun.”

That the sun should radiate light so exactly right for life is indeed an extraordinary example of design.

Nearly all of the sun’s radiation is restricted to a narrow band of wavelengths ranging from 0.3 to 1.50 microns. This band encompasses near ultraviolet, visible, and infrared light.

Is the rest of the light the sun radiates good for anything?

Is infrared light good for anything?

The sun’s infrared radiation is what carries the thermal energy that keeps Earth warm.

And the third part of sunlight? Is that of any benefit?

You can bet on it.

In other words, all the radiation emitted by the sun is essential to life: none of it is wasted.

Even if all the other conditions necessary for life and mentioned elsewhere in this book existed,

And if all this were not enough, light does something else: it keeps us fed, too!

His Light Is Source of Your Sustenance:

“Allah is the Light of the heavens and the earth. The Parable of His Light is as if there were a Niche and within it a Lamp: the Lamp enclosed in Glass: the glass as it were a brilliant star: Lit from a blessed Tree, an Olive, neither of the east nor of the west, whose oil is well-nigh luminous, though fire scarce touched it: Light upon Light! Allah doth guide whom He will to His Light: Allah doth set forth Parables for men: and Allah doth know all things. “

Photosynthesis is a chemical process whose name almost everyone who’s ever gone to school will be familiar with.

Translated into words this means:

Simple though this reaction may look, it is in fact incredibly complex. There is only one place where it occurs: in plants.

But photosynthesis is important for another reason.

The interesting thing is what a carefully-designed process photosynthesis is.

In order to see how perfectly-created this cycle truly is, let us focus our attention on just one of its elements for the moment: the sunlight.

The American astronomer George Greenstein discusses this in The Symbiotic Universe:

A good analogy is that of a television set.

THE FITNESS OF SUNLIGHT AND CHLOROPHYLL

Plants are able to perform photosynthesis because the chlorophyll molecules in their cells are sensitive to sunlight. But chlorophyll is only able to use a very limited range of light wavelengths and those are the wavelengths that the sun radiates the most. What is even more interesting is that this interval corresponds to just 1/1025 of the whole electromagnetic spectrum.

In the two graphs above, the extraordinary fitness between sunlight and chlorophyll can be seen. In the upper chart is the distribution of the light emitted by the sun. In the lower one is the light under which photosynthesis will work. The fact that these two curves are almost identical is an indication of how perfectly designed visible light is.

Spiritual Protection for the Last Days