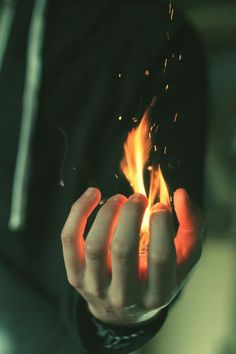 When Tests Come, Allah Wants Something

It means then we apply everything that we’ve been learning from the teachings, from spiritual practices, from everything so that to achieve what God wants from us. Without spiritual practices it’s just a whole bunch of problems and difficulty and arguments. And every family, every relationship, every relationship from work to personal to children, everybody’s going to have them: difficulties.

But it teaches us that based on our spiritual practices how we’re going to survive these tests and these difficulties. Means when difficulty comes your way and arguments come your way and confusion comes your way, means God wants something. Most likely what He wants, if you’re not the shaykh, is that: stay quiet.

If you’re the shaykh it’s a different set of rules. Because Allah ‘Azza wa Jal pushes through the heart of the shaykh to push the truth, whether to an oppressor, to a Zhalim. You speak the truth whether they like it, they don’t like it, because your responsibility is to push what’s haq. Your family likes it, they don’t like it, you don’t care. You represent Allah ‘Azza wa Jal, Prophet sallallahu alaihi wa sallam, awliyaullah and saaliheen; you are trying inshAllah.

In an Argument – Stay Quite, and Submit

But for our homes, what Allah ‘Azza wa Jal wants from us is: stay silent. Take a path in which you’re silent and whatever is coming your way, okay. Whatever argument coming your way, make sure that you have wudhu, you’ve washed and taslim (submit), because Allah ‘Azza wa Jal wants something. Allah wants somebody to be submitting when there is an argument.

As much as the person argues, as much as you stay quiet and keep calm and keep

patient, then Allah ‘Azza wa Jal raises your darajat (station,  because there’s a character coming out. As soon as an argument begins, the battle of the egos is entrenched. Then as soon as you reply, the argument becomes intensified, because it’s from the egos and shaytaan enters into that. Once it becomes heated and before you know it, it blows itself way out of proportion.

Because we are saying it so many times on an individual basis, Alhamdulillah we address one time to everyone- it’s a reminder for myself. That when you are at home and battling begins, make sure that you have wudhu ‘cause shaytaan is not able to approach you by your cleanliness. You make your wudhu, you make your salat ul-wudhu, keep yourself to be in a clean condition. And if the argument begins and arguments begin, then maybe Allah ‘Azza wa Jal wants something from your character: stay quiet. Don’t answer back and engage and give your ego an excuse. Say in your heart, “Sami’na wa ata’na,”- I hear and I obey, ameen, ameen, ameen.

Then there’s a point in which you have to contemplate. Allah ‘Azza wa Jal guided us to a place of contemplation in which we contemplate and say, “My Lord, what is it that you want from me?” There’s something there. Allah doesn’t change a condition of a people, whether it’s a government, whether it’s your home until you change what’s within yourself.

“Indeed Allah will not change the condition of a people until they change what is in themselves.” ( Quran, The Thunder 13:11)

What we change within ourselves is the ability to meditate, contemplate, to pray, to fast- all of those practices, they were going to be incorporated into a test.

So as soon as a test comes, you’ve been washing, you go and meditate and contemplate and realize ‘I’m going to take a path of silence’. When there is an aggressive spouse constantly being aggressive, stay quiet. This is not about abuse where somebody beats each other, and the women beat the men or the men beat the women. This is about an aggression and constant argument.

How You React to Pushed Buttons?

This is a school of tarbiyah in which Allah ‘Azza wa Jal going to test. The best test is going to come from home ‘cause you don’t care about anybody outside. The mailman bothers you- unless your husband’s a mailman- if the mailman bothers you, you don’t care. It’s not outside people going to push the button, it’s the inside people who are going to push the buttons. How you react to that pushed button is going to determine the level of the purity and the level of ‘are we passing the test?’ when Allah ‘Azza wa Jal says, “I’m not going to change a condition in that house until you change what’s within yourself,” and 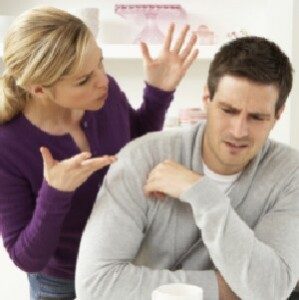 here everyone’s responsible only for themselves.

The spouse could be listening, the wife could be listening and then take to herself that ‘I’ll be the one who submits ‘cause I want the darajat’. On this side could be the husband and say ‘No I’ll take the darajat and I’ll stay quiet and bring peace and tranquillity into my home’. And if they both stay quiet, well then that’s paradise. But if not, and we haven’t achieved complete paradise, then all these practices, they’re going to be put into use.

Allah is Aware of Our Condition – Contemplate

O Originator of causes! O Opener of doors! O Tuner (Changer) of hearts and eyes! O Guide of the perplexed! O Succour for those who seek Your aid! O Living! O Self-Subsisting One! O (You who are) possessed of Majesty and Bounty! I entrust my affair unto Allah. Truly, Allah is aware of His servants.

Then you say well let me change the location and maybe things will change by virtue of changing the location. If we didn’t change our self, we still take our self to wherever we go ‘cause it’s me that I pack within the bag and take to that place.

point. I don’t have to prove anything to anyone other than my Lord ‘cause the condition that I’m in is being sent by Allah ‘Azza wa Jal. When Allah ‘Azza wa Jal is happy with my state, then the conditions can be changed and modified in an instant. And you find Allah ‘Azza wa Jal not making that other person to attack or to argue and to fight. That we are the people of testing and our whole life will be based on testing. And each test will have its darajat and its station and its realities.

We pray that Allah ‘Azza wa Jal always inspire us towards goodness, patience, calm and to have good character.

E=mc2 is Secret of Laylatul Qadr

4 Enemies of The Self, Dunya,Hawa,Nafs,Shaytan Sufi Meditation Center