Home Resources and Practices Realities of 12 Months of Hijri 9. Ramadan Where is Holy Qu’ran Emanating From? Realities of Laylatul Qadr (Night of Power)

Love of Sayyidina Muhammad ﷺ Leads Us to Ulul Amr 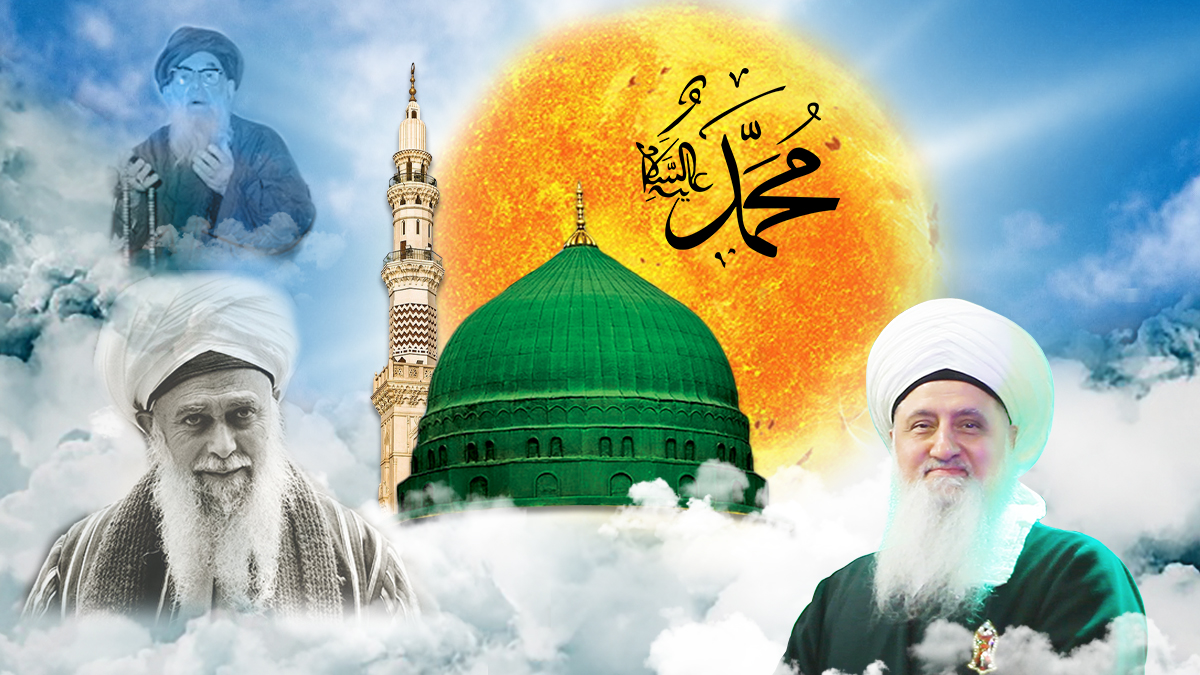 Acknowledging first that we’re not a shaykh and not a guide, and asking to be nothing. And in the oceans of nothingness, Allah (AJ) shine His rahmah and mercy upon us. And that rahmah and that mercy is the love of Sayyidina Muhammad ﷺ. The love of Sayyidina Muhammad ﷺ leads us to accompany the ulul amr (People of the Command), those whom Allah (AJ) bestows His grace and mercy upon them, and they are the guides, the Muhammadan guides.

Laylatul Qadr Emanates in the Heart of Sayyidina Muhammad ﷺ 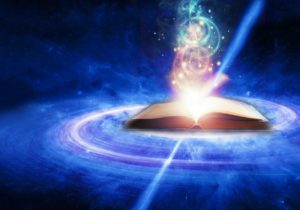 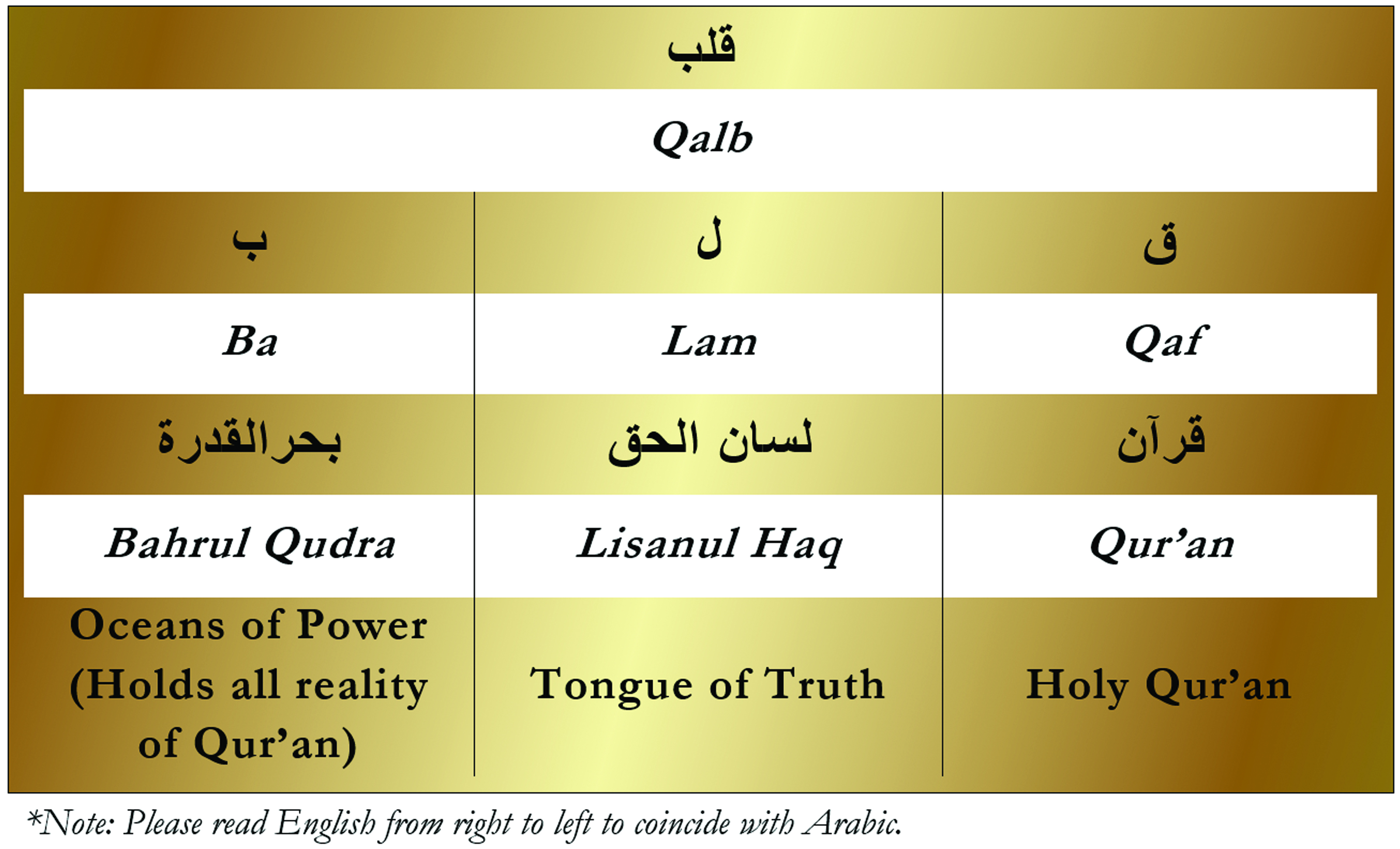 It means that every direction we’re looking, we say, ‘Okay, we want to reach to Laylatul Qadr.’ Then awliyaullah (saints) come into our lives and teach us that that qadr, that Divinely Power, is emanating in the heart of Sayyidina Muhammad ﷺ. It is what makes the qalb (heart). It is what makes the Ocean of Power that emanates through the heart of Sayyidina Muhammad ﷺ. Through that holy qalb, “Qaf, wal Quranil Majeed.” (Holy Qur’an, 50:1) 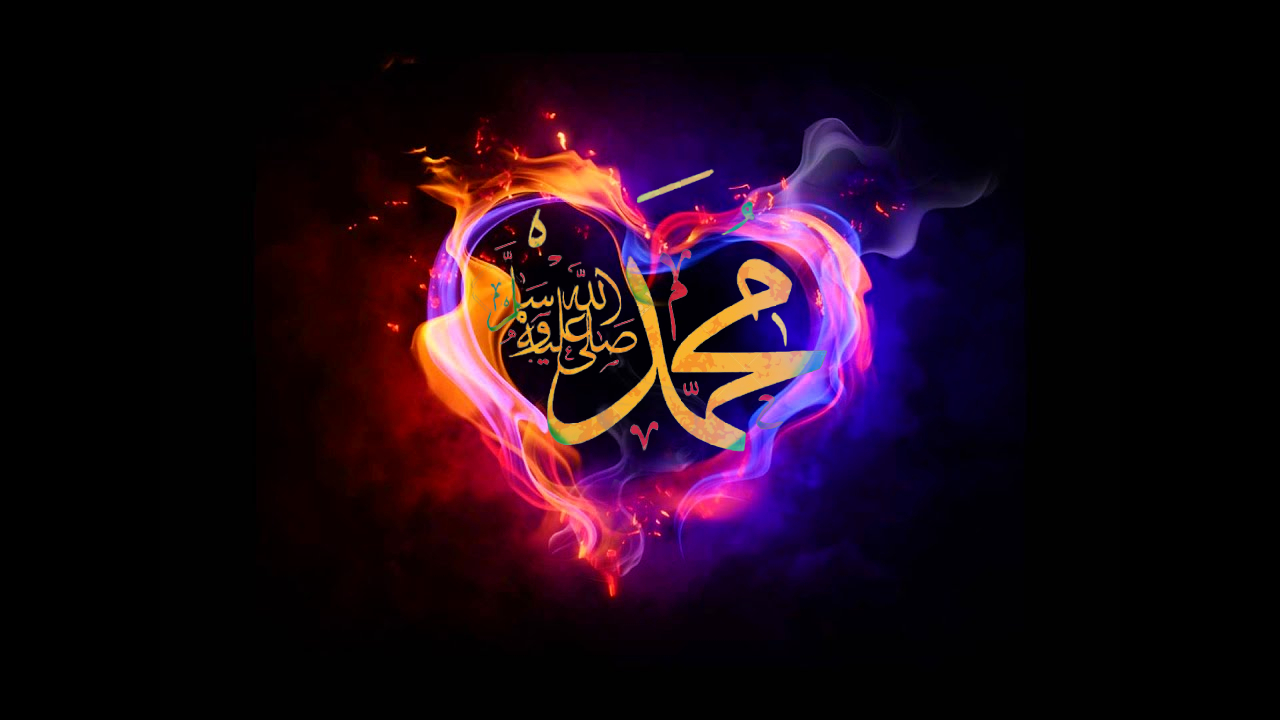 It means Allah (AJ) saying, ‘From that qaf that resides within the heart of Prophet ﷺ is the power in which Holy Qur’an is emanating.’ This means that if we want to reach to the qadr, and we want to be with the people of qudra, then very simple – direct ourselves to the heart of Sayyidina Muhammad ﷺ.

Laylatul Qadr is to Annhilate Your Identity and Submit Your Will 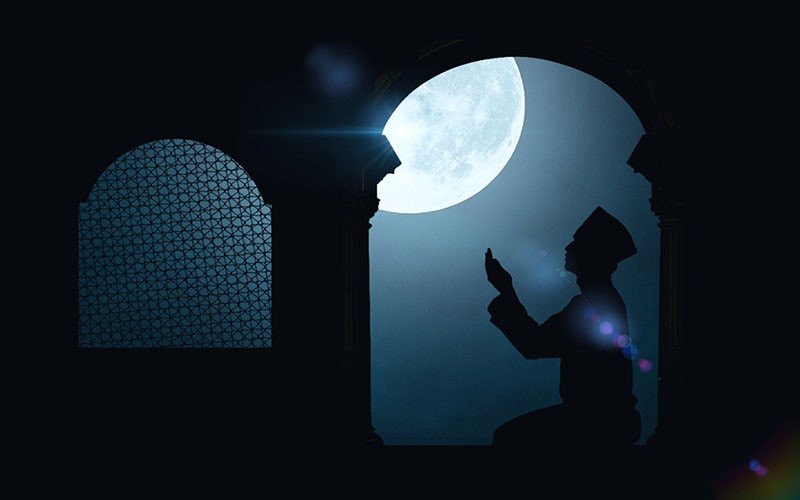 It means that Laylatul Qadr – layla is a station of annihilation. It means the night is a time in which you no longer manifest, “Layli wannahaar.” Nahaar is when the fire of manifestation begins. This means the night is symbolic of, ‘Come and lose your identity. Lose your uniqueness of yourself and be nothing.’

As much as we are able to efface ourselves in that Ocean of Nothingness, they begin to take us into the Oceans of Power; Oceans of Power, the qalb of the Divine is the heart of Holy Qur’an, is for us, the Qur’an is the compass for all realities. It means it must, a reality must exist and manifest through Holy Qur’an. It’s one thing to read Holy Qur’an, but to understand its realities. We said before that, “Noon wal Qalam.” Noon wal Qalam, that we want the nur (light) of that noon. 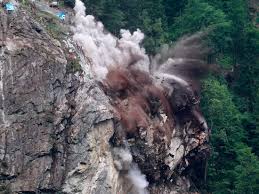 Qul is the Ocean of Power. That Allah (AJ) says, ‘If I reveal My Qul, My Qur’an, onto a mountain, it would be dust.’ It means that nothing in creation can take or carry the Qul of Allah (AJ).

“Had We sent down this Qur’an on a mountain, verily, you would have seen it obliterated to dust (from its power) And these examples We present to the people that perhaps they will Contemplate…” (The Exile, 59:21) 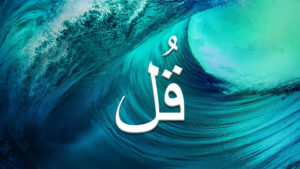 Allah’s (AJ) Only Focus is the One Soul, Muhammadan Rasulallah ﷺ

It means that in Ruhul Wahid, the One Soul, the one reality, the only reality in which Allah (AJ) is interested in, La ilaha illAllah Muhammadun Rasulallah ﷺ.

Our Mir’aj is into the Reality of Sayyidina Muhammad ﷺ 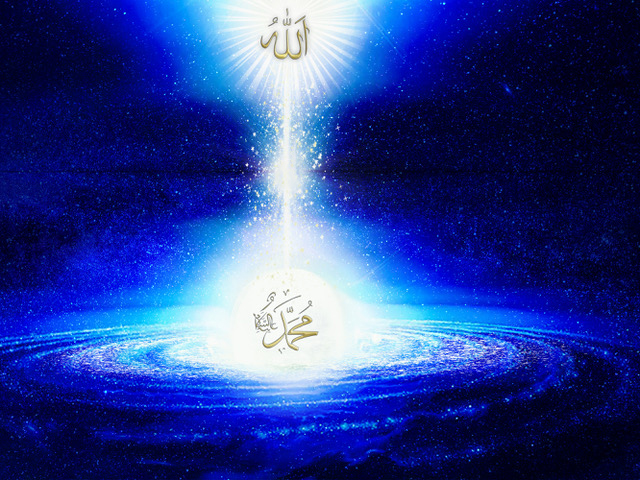 Ahlul Ma’rifah (People of Gnosticism) want us to reach; they want us to understand that what are you directing yourself to? Because this is all opening from the reality of the mi’raj (ascension). That we’re asking to imitate the way of Sayyidina Muhammad ﷺ. As Prophet ﷺ is Muhammadun RasulAllah ﷺ, his Mi’raj, alayhis salaatus salaam, is towards the reality of La ilaha illAllah.

Our mi’raj (ascension) is not that. It means to know your had, to know your limit; that’s why always the imam (religious leader) is in front, that Prophet ﷺ is in front. Our limit is Sayyidina Muhammad ﷺ. It means as Prophet ﷺ is making a mi’raj to the Divinely Presence into the reality of La ilaha illAllah, we are making a mi’raj into the reality of Sayyidina Muhammad ﷺ. 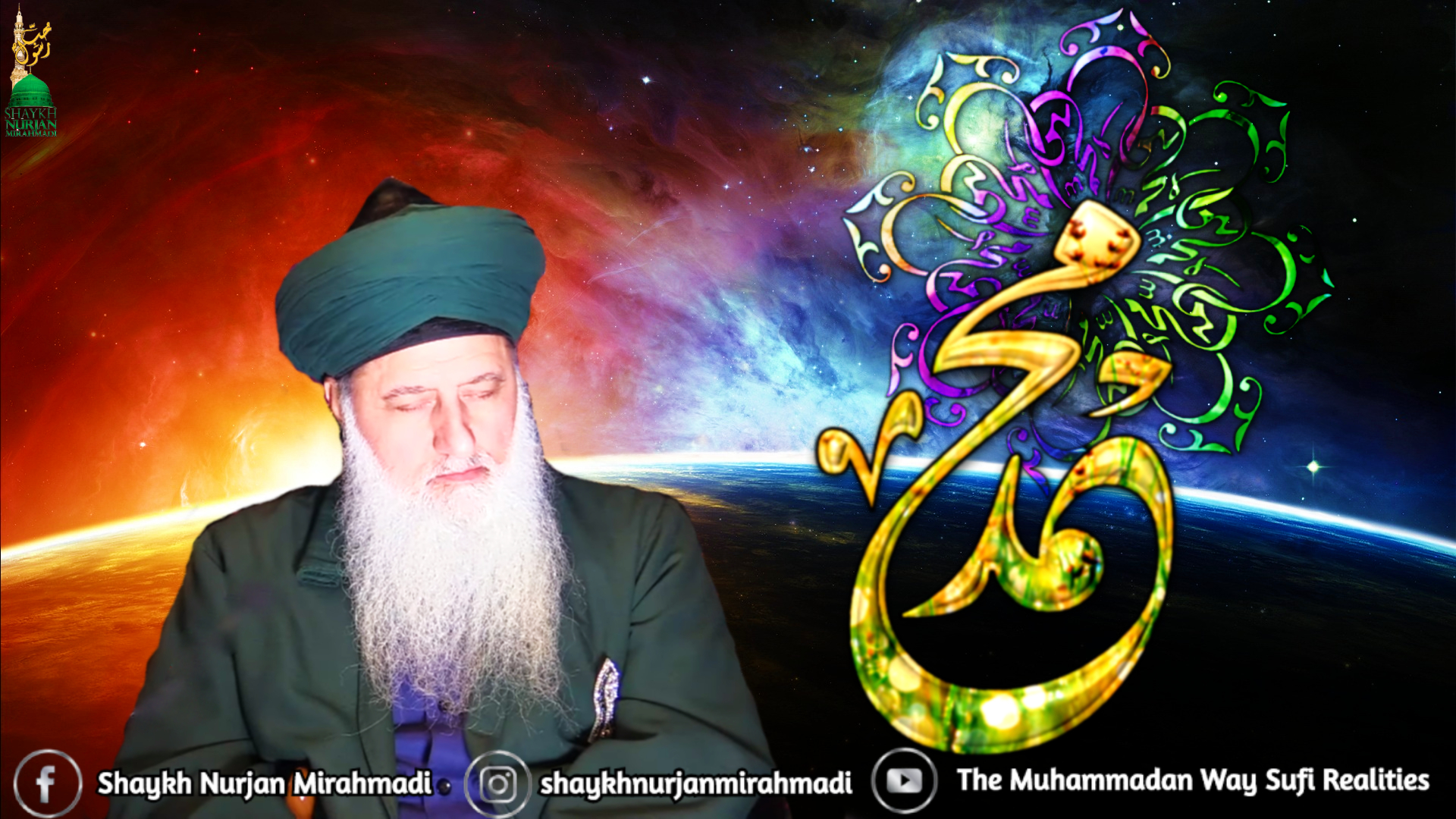 Abu Ja’far (A) said, “Beware of tafakkur in God. But if you wish to view His grandeur, observe the great of His creations.”

So, as we are making a mi’raj of Rajab, these are all the manifestations of these three holy months. That the mi’raj of Rajab where Prophet ﷺ is moving towards La ilaha illAllah, all the Sahabi (Holy Companions of Prophet ﷺ), all Ahlul Bayt (Holy Family of Prophet ﷺ), all souls are moving right behind like a ship, right behind Sayyidina Muhammad ﷺ and asking for their mi’raj, asking for their realities. That whatever Prophet ﷺ is going and being dressed of these Divinely Realities, of “Qaaba qawsayni aw adna.”

Obey the Ulul Amr that Carry the Muhammadan Reality

Rabbaniyoon Teach Us to Conquer Our Lower Desires

Rabbaniyoon means that they seek knowledge and convey knowledge.

“…Be Lordly Souls/faithful servants/worshippers of Him, Because (of what) you have taught the Book and you have studied it earnestly.” (Family of Imran, 3:79) 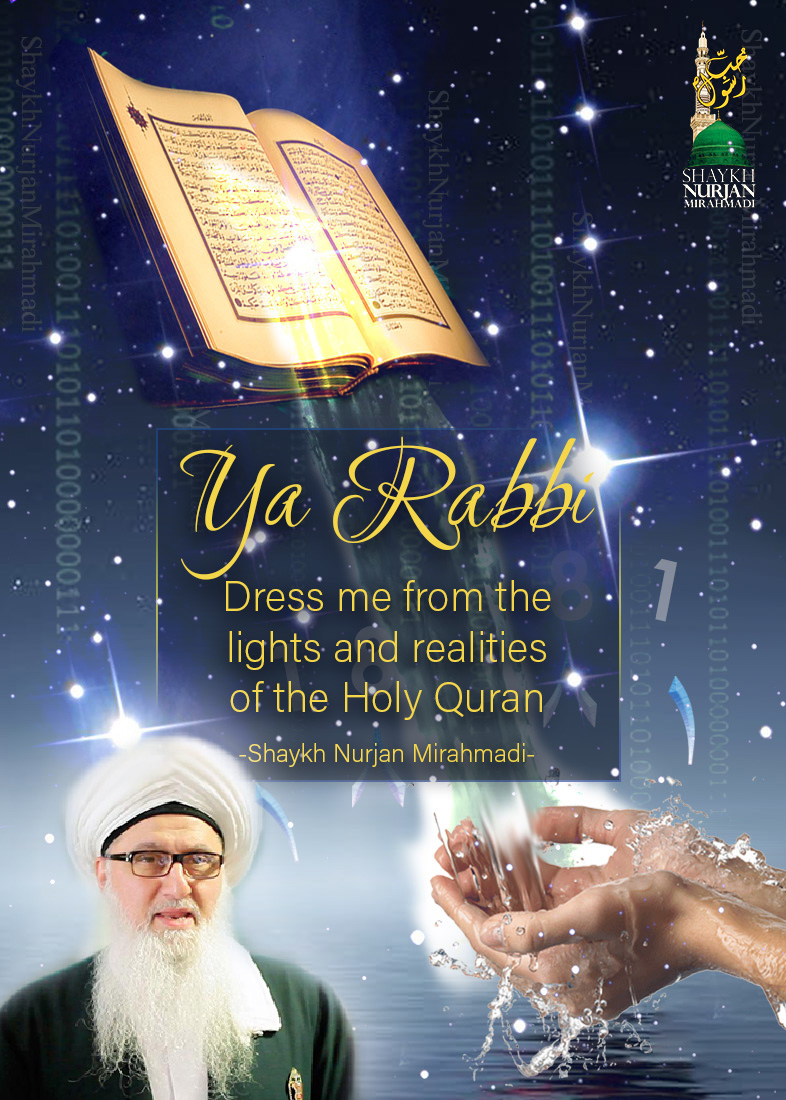 That the importance of the Rabbaniyoon is they have conquered the lower rab (lord) that governs us. Everybody is under authority. Nobody can say that they are under Allah’s (AJ) authority. For us to understand the rab and the rabbaniyoon is they teach us that everyone is governed by their desires and those desires are the lords upon us.

Why Do We Say QadasAllahu Sirru With Names of the Shaykhs? 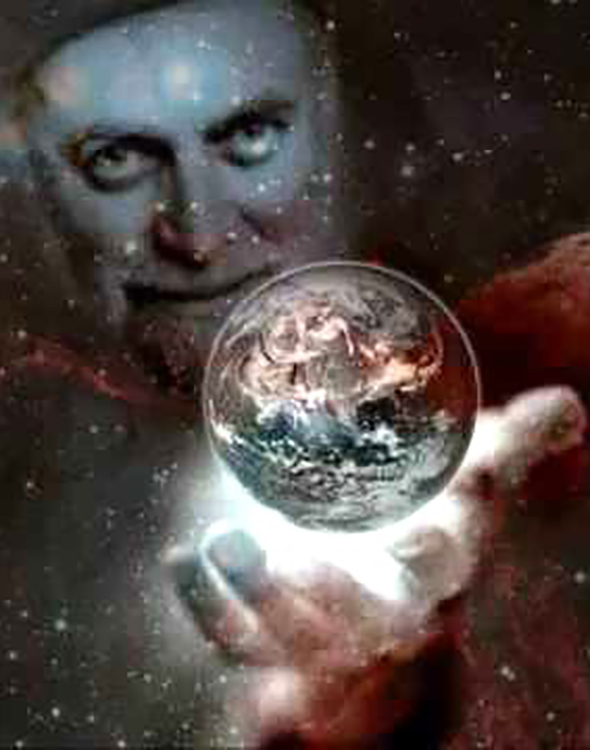 So, within the heart of Prophet ﷺ, this is Laylatul Qadr. For awliyaullah, every day, every night should be a Laylatul Qadr because they are the people of qaf. When you say a shaykh’s name, Mawlana Shaykh, Sultanul Awliya, QadasAllahu Sirru. QadasAllahu Sirru means they carry the reality of qaf. They carry the reality of “Allamal Qur’an, Khalaqal Insaan.” It means they reach to their reality in which Allah (AJ) teaches them, ‘I have taught you the Qur’an, ancient knowledges that were taught upon the soul and the reality upon the soul.’

Muhammadiyun are Sustained by the Holy Kawthar of Prophet ﷺ 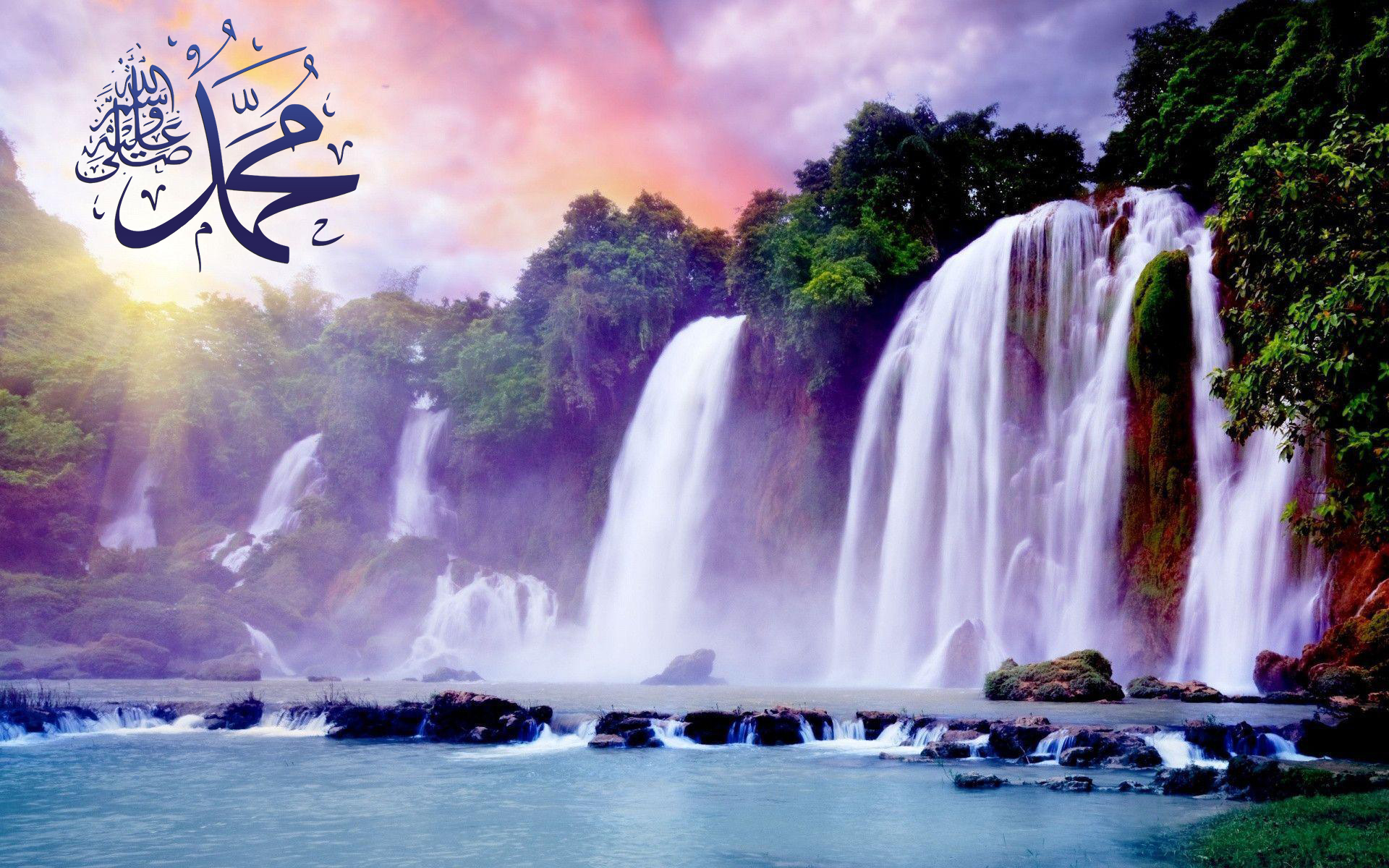 It means that is the reality that we are seeking. When we’re asking for Laylatul Qadr, we’re asking always to be with the Muhammadiyun. The Muhammadiyun, they are in the heart. Their qudra, their power, their rizq, their sustenance, their knowledge – everything that comes to them is coming from the Kawthar (The Fountain of Abundance) of Sayyidina Muhammad ﷺ. They drink from the fountain of Prophet ﷺ. Mawlana Shaykh (Q) described, they drink either by handful, by cup, by bowl, some by oceans and streams filled with Kawthar.

All of them come and take from Allah’s (AJ) Messenger,
Some take a handful of his ocean or some sip of his continuous rains.

Seek Provision From the Fountain of Kawthar 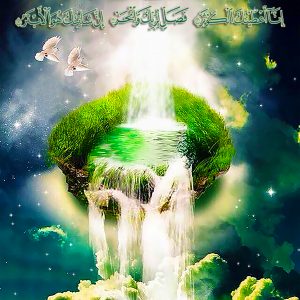 Awliya Are Dressed by the Realities of Holy Qur’an 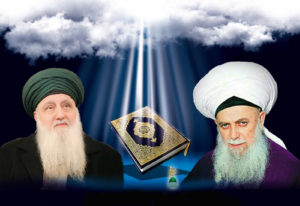 Recite Durood Sharif to Reach the Reality of Laylatul Qadr

As much as we make durood sharif (praising on Prophet Muhammad ﷺ), as much as we’re making salawat (praises upon Prophet Muhammad ﷺ) on a holy night is that that becomes the reality of the dress. If you want to reach and to feel the ocean and the power of Laylatul Qadr is that to sit and make salawat and connect your heart with Mawlana Shaykh (Q), asking Mawlana Shaykh (Q) to keep us connected with Sayyidina Muhammad ﷺ; that he is the owner of that power, that Allah (AJ) is sending ‘Izzah (Might), “‘Izzatullahi wa Rasul.” 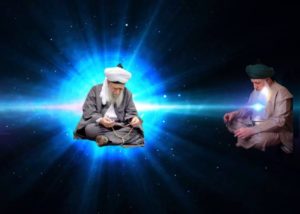 Allah (AJ) Divinely ‘Izzah is dressing the heart of Prophet ﷺ on holy nights, on every night. As soon as you connect your heart, efface yourself, asking Mawlana Shaykh (Q), ‘Ya Sayyidi, dress me from your light. Bless me from your light. Perfect my character and present me to Sultanul Awliya (Q). From Sultanul Awliya (Q), present me to the holy presence of Sayyidina Muhammad ﷺ and he is the owner of that qudra.’