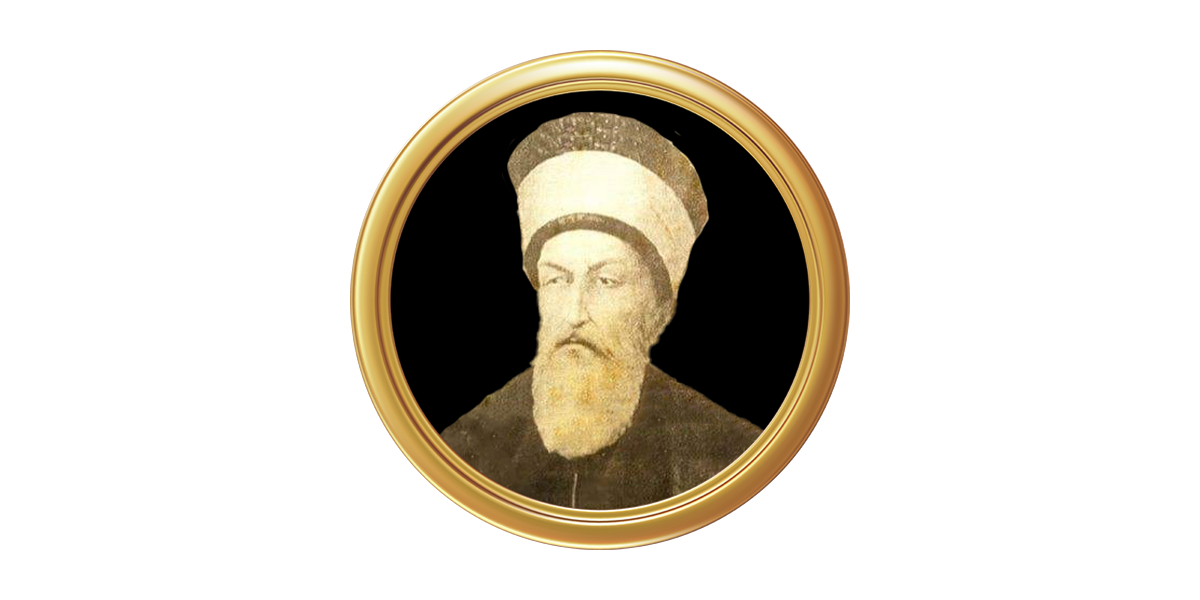 “The ‘Sword of Religion’ is he who enters combat for religion’s sake and whose efforts are totally for God. He discerns correct from incorrect and truth from falsehood. But, he first struggles with himself and rectifies his own character traits. As the Prophet said, ‘Begin with your own self!'”

He [Mawlana Shaykh Abu Ahmed Sughuri (Q)] was the Inheritor of the Knowledge of Prophets in his time, the Imam of Qutbs, and the Advisor of the Kingdom of Guidance. He quenched his spiritual thirst by drinking from the fountain of Heavenly Knowledge and he reached a stage of Annihilation at the age of thirty. He was the summit of Ascetic Saints. He was addressed by the Heavenly Kingdom as the Khalif of this Kingdom on Earth. In his person were combined the both knowledges, and he acquired and grasped all the benefit of the Taraqat and  aqaqat. He became the center of all Heavenly Inspirations and Revelations. He was a Secret from Allah’s Secrets and a Miracle from Allah’s Miracles. He was the Unique Banner of the Knowledge of Spirituality and the Knowledge of the Pen. He was like the Pole Star giving direction and illuminating the way for the people of his time. He revived dead hearts and he wore the cloak of the great saints. He didn’t leave an atom in this world unsupported by his spiritual power.

He stood on the throne of the Qutb for forty years. His fame spread everywhere. He trained his followers and lifted them by means of his spiritual power. If anyone appeared in his presence, even for one hour, he was raised to the State of Hearing and the State of Vision. He said, “I do not depend on the effort of the murid, but I depend on the light that Allah has given to me for that murid. I raise him by means of that light, because I know that it is not possible for a person to reach the State of Unveiling by his own effort alone. That is the meaning of the invocation of the Prophet ﷺ, ‘O Allah, do not leave me to my ego for the blink of an eye.'” 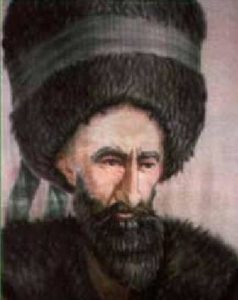 The following are among his sayings:

“Allah has provided every servant with his provision. Whoever does not acquire knowledge of the daily provision that Allah has granted him, will be considered ignorant in Our Tariqat.” [Shaykh Abu Ahmed Sughuri]

“The spiritual light that Allah gives to you on your way in this Order is the Beacon that lights the Way to His Divine Presence without fear.” [Shaykh Abu Ahmed Sughuri]

“In this taraqat, to distinguish other than Allah is unbelief.” [Shaykh Abu Ahmed Sughuri]

“The Sufi is the one who has left the world behind, the Hereafter behind, the Divine Presence behind and who subsists in Him Alone.” [Shaykh Abu Ahmed Sughuri]

Abu Ahmad as-Sughuri spent most of his life in seclusion. He liked seclusion, he liked to be away from people. For that reason he was quite happy when he was put under house arrest by the Russians, which happened to him many times.

“One day I was in my seclusion and the room was filled with a beautiful scent. I didn’t raise my eyes, but kept meditating in my seclusion. Then a spiritual sword, shining with more light than that of the sun, descended toward my head. I was wondering what it was that I felt descending on me. A vision appeared to me in which the Prophet ﷺ enveloped me with his spirit, and I entered in him and I saw myself in him.”

From His Miraculous Power

He was granted miraculous powers unprecedented among the saints. Of the Unveiling of the hidden in this Universe, and of his grant from the Divine Spiritual Knowledge of the states of people after their death, the extent was so boundless and vast that no book can encompass its description.

It is said that when he was young, he used to see the name of Allah written in light between heaven and earth. That generated in him great modesty and humbleness. No one was able to take a photograph of him. When anyone tried, the camera would break apart. Whenever they tried to draw his likeness on paper the pen would not write, or the next day the picture would disappear. He said, “I don’t want to be known in this world after I die, because I don’t wish for myself any form of existence.”

He often prayed Fajr (Dawn) prayer with the same ablution of `Isha (Night) prayer, indicating that he hadn’t slept.

One time as he was travelling with his family, they found themselves without water in the desert on the way to Hijaz. His family was very thirsty.

He told his servant, ‘Go and get some water.’

He said, “O my Shaykh, how will I find water in this desert?”

He asked the people in their caravan if anyone had water, but no one did and all their waterskins were dry. The Shaykh then took an empty waterskin and went off into the desert for ten minutes. When he returned the skin was full and with it he quenched his family’s thirst and that of the people of the caravan. Then he filled all the water bags of the caravan from that one bag, and returned to his family with it still full as if it had never been used.

“I achieved the three levels of sainthood: Annihilation (Fana‘), Subsistence (Baqa‘), and Spiritual Knowledge (Ma`rifa). I received these from the presence of the Light of the Prophet, Sayyidina Muhammad ﷺ, and I received the Three States of Perfection and the Seven Realities from my teacher, Sayyidina Jamaluddin al-Ghumuqi al-Husayni.” [Shaykh Abu Ahmed Sughuri]

“Pride never entered the heart of a person but that his mind decreased to the degree that the pride had increased in his heart.” [Shaykh Abu Ahmed Sughuri]

“Difficulties might touch a believer, but they would not affect the one who makes Dhikr.” [Shaykh Abu Ahmed Sughuri]

He was the reviver of the Shari`a and  Tariqa in his time and he attracted thousands and thousands of people back to Islam and to the Naqshbandi Tariqat.

In Daghestan he was considered both a spiritual Shaykh, carrying the teachings of the Naqshbandi Order, and, at the same time, a great warrior, like Imam Shamil, because he fought the Russians. He was the main religious authority after Sayyid Jamaluddin’s departure. The Russian Army took him prisoner many times. One such time when they took him prisoner, they put him in a carriage to take him away. All the people of his village came to bid him farewell. They were crying as if they were losing their hearts. He sat in the carriage quietly searching the crowd for someone. The man who was driving the carriage, whipped the horses to get them to me but they wouldn’t move.

Sayyidina Abu Ahmad as-Sughuri said, “Why are you beating the horses?”

He said, “I am beating the horses to make them move.”

He said, “They are not going to move, until I give the order for them to move. They are under my command. And I am waiting for someone.”

They sat like that for several hours, until a man came running through the crowd. He was a Russian officer.

Sayyidina Abu Ahmad asked him, “Are you not the son of my friend Ahmad? Why are you in the Russian Army? You are Daghestani. You must not be with their army while they are killing Muslims.” Then he told him, “You have to leave them and to listen to us.”

He said, “Of course you will listen to us, because even the wild animals in the forest listen to us when we go there to make dhikr. Even these horses listen to us and will not move except by our orders. Your father is a great Shaykh and I say you must leave them. You are going to be saint. O my son, don’t leave the people of exoteric knowledge and don’t leave the people of esoteric knowledge. Look at that cemetery and don’t forget the one day you and I are going to be buried there.”

Immediately that young officer took off his uniform and took initiation from the Shaykh. The army soldiers took him prisoner as well. Then Sayyidina Abu Ahmad as-Sughuri said, “Now you have permission to move,” and the horses began to move.

Allah and The Prophet ﷺ loved him for his sincerity and loyalty. His Shaykh was very happy with him, and his village cherished him. Each time he was released from imprisonment, his house filled with provision and guests.

They asked him, “You are not working, the Russians are against you and you are fighting, how is it that your house is always full with provision?

He said, “Anyone who is struggling in the way of God, Allah will provide for him. And that is what Allah said in Qur’an, “Every time that Zakariyya entered her chamber, he found her supplied with sustenance” [3:37].

Many years after he had passed away his daughter saw him in a dream.

He told her, “O my daughter, the stone of my grave has fallen down and is laying on my chest, pressing on me and hurting me.”

The next day his daughter went to the Shaykhs of the city and told them that dream. She told the dream to everyone she met. The people believed the dream and went quickly to open up the grave. They found that the stone which covered his body had fallen down, and the walls of the grave had tumbled in around him. They found his body clean and unchanged. His shroud was still white, as if he had just been buried that same day.

They removed his body, redug the grave and replaced his body. Everyone was surprised and astonished at how he had come to her in the dream and told her about the situation in the grave. More surprising though, was the perfect condition of his body. After seeing this, they all took bayah with his successor, Sayyidina Abu Muhammad al-Madani (Q) .

Sayyidina Abu Ahmad as-Sughuri had two khalifs: Shaykh Abu Muhammad al-Madani (Q) and Shaykh Sharafuddin ad-Daghestani (Q). The secret of the Golden Chain was passed to the first, and upon his death, to the second.