Home Heavenly Kingdom Days of Difficulty, Are You Good with Your Lord? 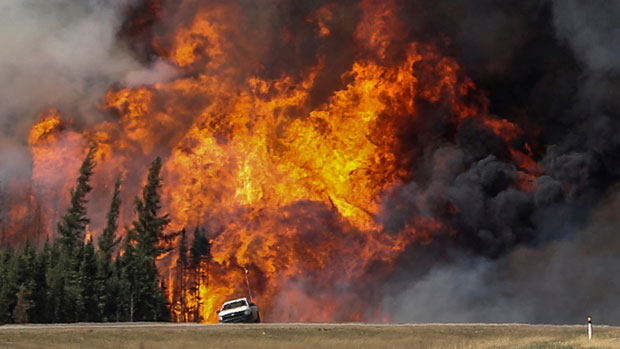 Days of Difficulty are Here

Are You Good with Your Lord?

Signs, these are Signs. These are prophecies of Sayyidina Muhammad (sallallahu alayhi wa sallam) that war, big wars will begin in Iraq, in Damascus Shareef and then into Turkey and oppression on land and in the skies and in the oceans, in water.

Means that every direction, a believer or non-believer looks there is calamity and there appears to be no safety. There is nowhere to be safe, whether from the destruction at the hands of people who have no mercy, where they inflict difficulty and calamities upon each other that are unimaginable, or whether Allah (Azza wa Jal) becomes angry and Sifaat al-Ghadab, anger, or Siffat al-Qahhar, the destruction, that Siffat is coming closer to Earth.

Those who are asleep, See difficulties as something Distant

Everywhere we look these Signs of difficulty and calamity are awakening for those whose hearts are awake that they are not sleeping, not physically sleeping, but spiritually. That when the heart is awake and is looking it sees a fire on the horizon that is approaching very close and very fast. Those who are asleep they see it as something distant and far away until that distance comes in their backyard and in their surrounding. We don’t need that heedlessness to understand that these are very difficult times for this Earth.

What condition am I going to Leave Dunya?

Whether we pass away at any moment, it is a constant reminder that our life is at timed being. It is a reminder that when we see difficulty, yaa Rabbi at any moment my life is going to go. If it is my time or the time of this dunya to be finished, for both of them are very real now. As we grow older now, we realize my time can come anytime and what condition am I going to go My Lord? I want to go and leave this Earth with the love of Sayyidina Muhammad (sallallahu alayhi wa sallam), with the love of 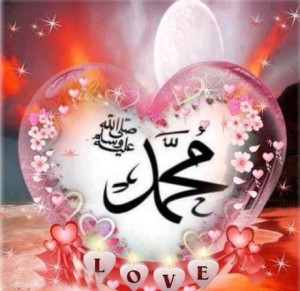 Your Divinely Presence to be Supreme.

And that love of Divinely Presence it manifests itself in whom Allah loves. For us when we want to know that you are filled with Allah (Azza wa Jal) then you must be loving whom Allah (Azza wa Jal) loves and that is the love of Sayyidina Muhammad (sallallahu alayhi wa sallam). We want our hearts and our beings and our entire life to be filled with the love of Prophet (sallallahu alayhi wa sallam). Then we begin to see all the calamities that are happening and we ask for safety for ourselves, for our families, and for our communities.

Your Good Deeds can Save you from Calamities

Awliyaullah come into our life and remind that you have to have a hisaab, an account with Allah (Azza wa Jal). There are now accounts being written in the accounting department within the Heavens. If there is a hisaab in which the weight of that believer from his hasanat, his good deeds and good actions, are pleasing to Allah (Azza wa Jal) then Awliyaullah are praying that, “Yaa Rabbi spare that one from the calamity and the purification from the hands of people who have no mercy.”

Now it is the cleaning time, whether they are going to be cleaned on Earth or cleaned in the grave. The grave is 70,000 times more difficult. If one is written to be cleansed in the grave it is 70,000 times more difficult than the calamities we see upon the Earth. It is horrific. When you see the horrific types of events that are happening (on Earth) then they inspire within the heart, “Yaa Rabbi let my account to be on the good side. Let my actions to be on the good side from whatever bad I am doing.” Mawlana Shaykh is teaching: then fill it with hasanat and good deeds.

Power of Zikrullah Bless Everyone regardless of their Intention

There is no greater good deed than the Circles of Zikrullah and the remembrance of Allah (Azza wa Jal). We have gone into the Hadith but people have to contemplate. That every action and every `amal can be judged and weighed. And you may be putting all your eggs in one basket, one particular ‘amal (action) that you are doing of praying or fasting, of giving your Shahada or now many people are constantly going for ziyarat. They go to Makkah and Madinatul Munawarrah, alhamdulillah and they put all their eggs in that basket that inshaAllah Allah (Azza wa Jal) accepts it.

They teach and remind us that one `amal that Prophet (sallallahu alayhi wa sallam) described in a long Hadith of the Circles of Zikr that what Allah (Azza wa Jal) is going to bestow upon the people who sit together to praise upon Allah (Azza wa Jal) and to pray upon His Most Beloved Creation, Sayyidina Muhammad (sallallahu alayhi wa sallam). They give (an account) all of what is going to be bestowed, and at the end the angel asks (Allah): one of them is not from them because what You are describing of the gifts to those souls, okay, maybe to those 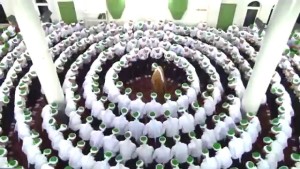 [quote]Hazrat Abu Hurairah (RA) narrates from Rasulullah (PBUH) that “There are Allah’s angels roaming the streets, looking for the People of Dhikr, When they find the gathering of zikr, they call out to each other and form a circle around this gathering that reaches to Sky. …….. And Allah says: “I am making you witness that I have forgiven them. One of the angels says: “O my Lord, someone was there who did not belong to that group, but came for some other need.” Allah says: “Those are such a group that anyone who sits with them — no matter for what reason — will also have his sins forgiven.”[2][/quote]

Circle of Zikr washes away your entire account of bad actions

Means you can come with mountains of difficulties and badness but the Circle of Zikr is so blessed in Divinely Presence it washes and wipes away the entire account. There can be no greater blessing than what Allah (Azza wa Jal) distributes upon the halaqas. If those halaqas (circles) are constant and the Milad an-Nabi, what Allah (Azza wa Jal) is going to grant them of proximity and nearness to Sayyidina Muhammad (sallallahu alayhi wa sallam) is unimaginable. The more we can fill ourselves with those lights, with those blessings, the more we should be protected from ahzab and difficulty.

Dunya is a distraction and a false illusion for the believer

Don’t busy yourself with trying to conquer this dunya (material world) and trying to achieve something for dunya.  This dunya will be a distraction and a false illusion for the believer. It appears to be something: I can conquer and I am going to have power and get wealth and with that I will help everybody and at the end Shaytan fooled. The only thing that is going to bring any satisfaction and any blessing for our self and for our families and our communities is Zikrullah. It is to sit on the 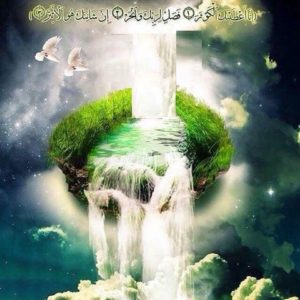 “Then he called on his Lord: “I am one Overpowered/Overcome: Please then help (me)! So We opened the gates of heaven, with water pouring forth. (11)” (Holy Quran, The Moon) 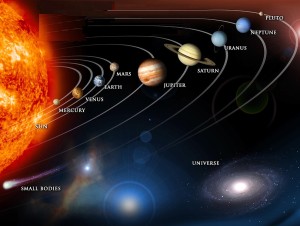 There will be No Safety Anywhere in the World

When we gather for the love of Allah (Azza wa Jal) upon the carpets and halaqas of Zikrullah and praising upon Sayyidina Muhammad (sallallahu alayhi wa sallam) which is even more important now when you see the fires of difficulty around. Don’t think this is a pastime and something that we come just like for sport. But you are looking at the fires all around and asking, “Yaa Rabbi don’t let me be in that condition in which people are pounding down doors and breaking in through the homes.” 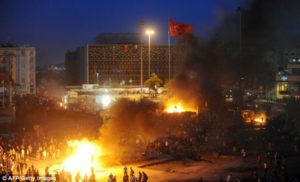 If this world flips upside down,  in one instant you wake up and see the whole of Istanbul is on the street. If it turns a little bit more and these are the prophecies of the difficulty (coming). There was a war within the first ten days of Shawwal and will go for one hundred days until the tenth of Muharram that will annihilate the whole of this Earth. 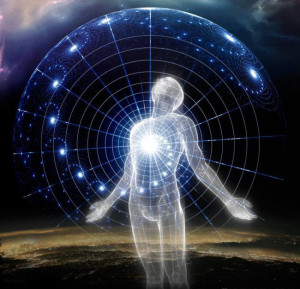 Please Support us to spread these heavenly knowledge.

Allah with Those Who Love❤️️?? plz share?? Sufi Meditation Center