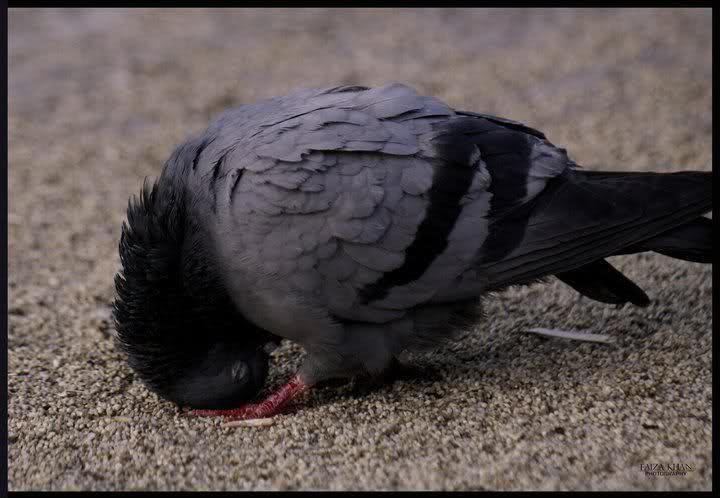 Everything is Celebrating Allah

Which of Your Lord’s Favours, do you Deny?

From the realities of Mawlana Shaykh Hisham Kabbani, as Taught by Shaykh Sayed Nurjan Mirahmadi

[Allah (Azza wa Jal) says:] “I have inspired it [humans] of its speech and its bayan.” Means in Surat ur Rahman, Allah (Azza wa Jal) is directing everything to us, saying: are you people of Shukr or those who are naa-shukr. Are you not being thankful to Me? Don’t you see how I created you? That I taught you Holy Qur’an and I created you insaan; I gave you articulation of your holy speech. I gave you the sun and the moon and the orbits. And later we found its importance. Then Allah (Azza wa Jal) says: I gave you the Heavens and by it a means of your guidance. Directing to us that: I am giving you all this.

When You Deny Allah`s Favour, You are a Liar

Then, throughout the surah, Allah (Azza wa Jal) says: which of My Favours are you going to deny?

“Then which of the favours of your Lord will you deny?” (The Beneficent)

If you become tukazziban, you become tukazzibon, you become a liar, and Allah begins to punish you. Because at the beginning of the Surah Rahmaan, Allah is asking: how many of My Bounties have I given to you? I have given you the trees, the grass, the sun, the moon. How many of them do you deny, how many do you deny, how many do you deny? If you deny enough the Arabic word becomes “you are a liar”, kazzaab and Allah (Azza wa Jal)’s ahzab (punishment) and difficulty will be upon that liar. So you begin to shake with that surah.

That everything is a celebration for Allah (Azza wa Jal). Then, think with a little bit of contemplation, 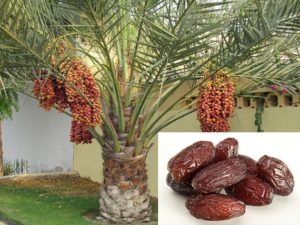 if Allah (Azza wa Jal) is telling you, “You should be thankful everyday for a date,” because Allah is saying: you see the date I gave you? How many of My Favours do you deny? See the pomegranate I gave you?

Allah (Azza wa Jal) is talking about fruits! That for the fruits and vegetables you have to be thankful for. What about all that light that is in the light of Sayyidina Muhammad (sallallahu alayhi wa sallam)? Allah (Azza wa Jal) is saying: you have to be thankful for the trees, for the pomegranate, for the sun and the moon and the stars and by the stars you have been given guidance. It is all for us an isharat (indication) and understanding Allah wants us to celebrate everyday His Divinely Creation. That I gave you all of this creation, thank Me, praise Me, be thankful for Me, pray unto Me, submit unto Me for what I gave you of this Creation.

“So remember Me; I will remember you. And be grateful/Thankful to Me and do not Deny Me.” (Holy Quran)

It means then the birthday and the wiladat, celebrating the birth of Sayyidina Muhammad (sallallahu alayhi wa sallam), celebrating the birth of Imam `Ali (alayhi ‘s-salaam) you look at it now in a different way. For Allah (Azza wa Jal) says: do you know what I gave to these souls? If I am talking about fruits and vegetables, imagine what I gave to the reality of these souls as a ni`mat and I chose them for your nation. And I chose your nation above all nations. And I gave these souls its reality and partitioned its blessings and its favours and you are not going to thank Me for that?

If those stars can help us and guide us then what did Prophet (sallallahu alayhi wa sallam) describe of his Companions? “They are like stars on a dark night,”

“My companions are like stars. Follow any one of them and you will be guided.” Prophet Muhammad (saws)

Allah created their souls as a guidance for Mankind. Allah has no time, from beginning of time to the end of time, these souls are a guidance. When we come together, we are thanking Allah (Azza wa Jal) and Allah (Azza wa Jal) is praising upon Himself: yes these are My realities that I created, are you not catching them? Are you tukazziban, are you the kazzab and liars that I created, or are you the people who witnessed, saw and say, “Yaa Rabbi, we hear and we obey. We feel within our hearts, the greatness and the bounty that You have given to us. At every moment, our breath is a gift.”

The whole of Creation Praises and Thanks Allah (aj)

17:44 – “Tusabbihu lahus samawatus sab’u wal ardu wa man fee hinna wa in min shayin illa yusabbihu bihamdihi wa lakin la tafqahoona tasbeehahum innahu kana haleeman ghafoora.”  (Surat Al Isra)
“The seven heavens and the earth and whatever is in them exalt [praises] Him. And there is not a thing except that it exalts [Allah] by His praise, but you do not understand their [way of] exalting. Indeed, He is ever Forbearing and 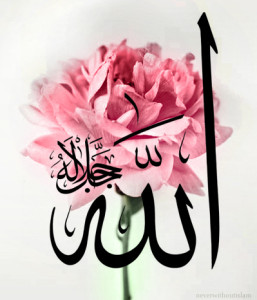 “Verily everything is praising Me.“ “So sit and praise Me all day and all night,” and you won’t be praising more than just a flower (in its praises). A flower has no ego and is consistently in praise. It finds its existence, its form, its beauty and its fragrance with the Zikr that Allah (Azza wa Jal) has given it. Shukr that you are  a Creation with an `aql, a mind, be thankful for what I have given to you, the tongue, and with it the ability to communicate.

“Blessed is the name of your Lord, Owner of Majesty, Bounty and Honor.” (Holy Quran, The Beneficent 55:78) 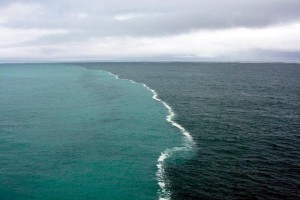 bounty. SubhaanAllah (Glory be to Allah)! How the ocean, Allah (Azza wa Jal) describes that the salty and the sweet don’t mix. Do you see that? Say, “SubhaanAllah yaa Rabbi, You are great.”

“He has made the two seas to flow freely (so that) they meet together. (19)
Between them is a barrier which they cannot pass. (20)
So which of the favors of your Lord will you deny?(21) (Holy Quran)

He asks: which is harder to make, this Earth or My Heavens, and the firmament of the Heavens, and how to keep them from falling upon your head? Are they not great?

Means then every Mawlid an-Nabi, every association of Zikr (remembrance), is a celebration of Allah (Azza wa Jal) and praising and thanking Him.

Be Good to Allah`s Creation

Prophet (sallallahu alayhi wa sallam) was teaching, “When you want to show thankfulness to Allah (Azza wa Jal), be good to His Creation, because by means of that Creation goodness comes to you.” Be thankful and from people of the shukr (grateful) that you see everything from Allah’s bounty. To be from `ibaadur Rahman that their eyes and their hearts are open; that yaa Rabbi everything is from Your Bounty.

And that this praising and these associations is to show Allah (Azza wa Jal) His own greatness. “Yes I love Sayyidina Muhammad (sallallahu alayhi wa sallam) wa Khuluqin adheem (Magnificent character)” 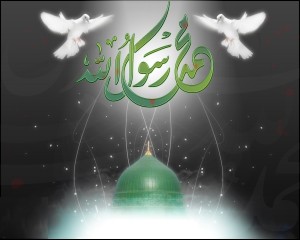 Allah (`Azza wa Jal) is praising Himself through Himself by Himself for the greatness of Sayyidina Muhammad (sallallahu alayhi wa sallam). Awliyaullah come into our lives and say, “Be shukur (thankful), because the opposite of your shukr is to be kazzab and to be a liar,” in which you deny Allah (Azza wa Jal)’s Favours, deny Allah (Azza wa Jal)’s Greatness and you deny all of this vast Creation and the complexity with which it was created.

“The creation of the heavens and earth is greater (matter) than the creation of humans, but most of the people do not know.” (Holy Quran, The Forgiver)

Please Support us to spread these knowledge and the Divine’s love.

Hierarchy of Saints – Responsibilities of The Ghawth, Aqtab & Saints

Don’t Be a Seed, Be a Tree that Gives Fruit