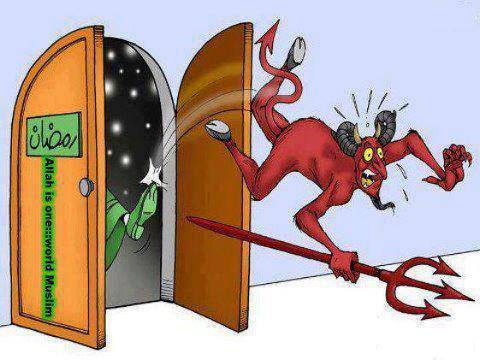 If Devils are Chained in Ramadan, Why are Still Influenced

Your devils are chained in Ramadan, not other people’s devils because the nation has been more attacked 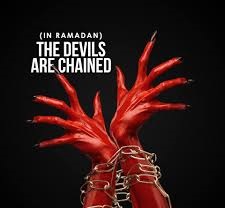 during Ramadan. Because unbelievers heard of Ramadan then said, ‘That’s the time to fight these people because they’ll be weak from being hungry.’ So, it’s not devils are chained, but your devil will be chained by your fasting. And anytime you fast, Prophet ﷺ taught that, ‘Shaitan runs through your blood.’

It means a satanic energy is related to what you eat and drink and how you breathe. And he comes into your system. We said shaitan (the devil) is inside people. All the wudu (ablution) that you’re making outside is for the outside shaitan. The stronger one is the inside shaitan. And as soon as you enter into fasting and restrict your food and drink, that one inside becomes weakened by your siyam (fast). That’s why fasting is so hard. Because that shaitan inside is pushing you to break your fast. He needs energy. ‘Break your fast so that I can attack you again. I need energy.’ As soon as you restrict the food, he becomes weaker. You restrict the drinking, he becomes weaker.[pic] 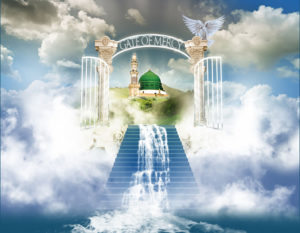 That’s why we said, ‘The first ten days is rahmah (mercy).’ The first ten days wasn’t maghfirah (forgiveness). Allah (AJ) gave us a clue that, ‘It’s the rahmah that I send down a light that chains your nafs (ego), so that allows you to enter into the Ramadan and into the fast.’

Narrated by Salman al Farsi (ra), that the Messenger of Allah ﷺ said, “The first (ten days) of the month of Ramadan is mercy, the middle (ten days) is forgiveness, and the last (ten days) is salvation from the fire.”
[Source: Al Imam al Albani, Meshkat al Masabih – 1965, Book 7, Hadith 9]

It’s Not Easy to Fast Without Allah’s Mercy

If Allah (AJ) had not granted a rahmah in the ten days, everyone’s nafs would have destroyed them from fasting. That’s why every other nation, they were denied that rahmah, and they did not keep the fast. They have Lent where they leave Coca-Cola for a day. This was the fast, thirty days. So then they say we’ll Lent. They’re supposed to fast thirty days. Then they say, ‘Okay, just abstain from something you like.’ Somebody says, ‘I like chocolate.’ ‘Then don’t eat chocolate for a day.’ So, it means their devils are so strong that they can’t stop for one day to do. This is a rahmah from Allah (AJ). It’s not easy for two billion people to be fasting on this earth. It’s an isharat and a sign. There’s rahmah of Allah (AJ) on this nation, because it’s the rahmah of Sayyidina Muhammad ﷺ. And that Allah’s (AJ) chosen messenger, to show that, ‘My Chosen Messenger, his people will keep the fast, because I’m chaining their bad character, bad desire, so that they can enter it in.’ Once ten days they have entered it in, that shaitan becomes so weakened that they continue through in maghfirah, Allah (AJ) begin to burn.

Al Muntaqim Avenge us from Shaitan 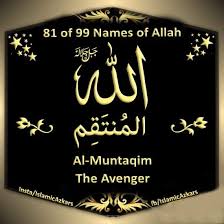 Sifat (attribute) of this month is under eighty-one. Dhul Fadl (the Possessor of Grace) is the name of Sayyidina Muhammad ﷺ, the source of every goodness. And Allah’s (AJ) Name is Al-Muntaqim (The Avenger). That if not for Allah (AJ) to send and say, ‘I’m going to avenge My Creation from what shaitan has done to them.’ Because Al-Muntaqim comes and begin to beat and put fire onto the shaitans and they’re running. So their fasting is burning devils, burning shaitans, inshaAllah. We pray that Allah (AJ) to inspire us and guide us towards goodness and protect us.