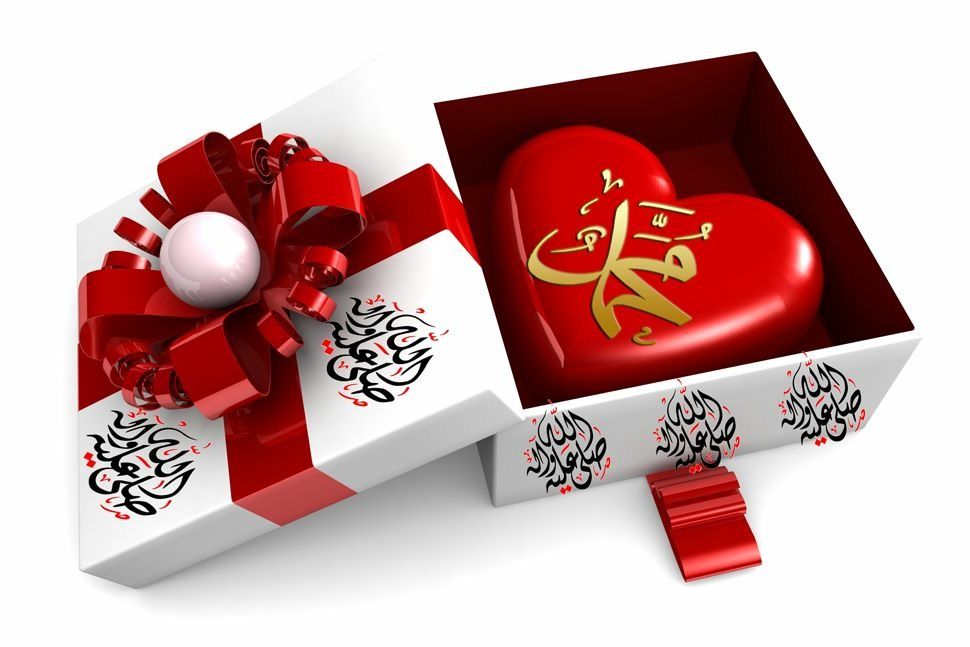 Based on Ahadith of Prophet Muhamamd ﷺ About Gifts

I seek refuge in Allah from Satan, the rejected one,
In the Name of Allah, the Most Beneficent, the Most Merciful

Abu Hurairah narrated that the Messenger of Allah (pbuh)said:
“Give gifts to one another. Gifts remove malice from the hearts…”
[At Tirmidhi]

A gift is to give something as a token of goodwill, 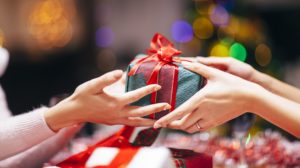 and with the object of making the other person happy and winning the good graces of Allah (AJ). If the present is made to anyone younger in age, it is a gesture of affection; if to a friend, it is a means of strengthening the bond of love; and if to a superior, it is a mark of regard and respect. Gift-giving is one of the good manners that maintains and strengthens relations between the giver and the recipient. It is one of the acts that Prophet Muhammad ﷺ recommended Muslims to do.

Narrated by Hisham from his father that ‘Ayisha (as) said, that the Messenger of Allah (pbuh) used to accept gifts and used to give something in return to reward people. [Sahih al-Bukhari 2585, Book 51, Hadith 19]

Don’t Look Down at Anyone’s Gift 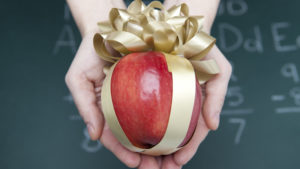 It’s very important that we show appreciation for the gift that we receive from people, regardless of what the gift is. As Prophet ﷺ  taught us:

Narrated by Abu Huraira that the Messenger of Allah (pbuh), used to say: “O Muslim women, do not look down on any gift from your neighbor, even if it’s a sheep’s hoof.”

How to Respond When you Receive Gifts 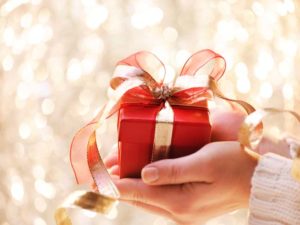 The Prophet ﷺ enjoined responding in kind to favours, as he said in authentic ahadith:

“Whoever does you a favour, respond in kind. And if you cannot find the means of doing so, then keep praying for him until you think that you have responded in kind.”
[Abu Dawood 1672, Sahih by al-Albaani]

“Whoever does you a favour,” means, whoever treats you kindly in word or deed or by gifting you. “Respond in kind,” means to treat him kindly just as he has treated you kindly.
“If you cannot find the means of doing so” means if you do not have the money.
“Until you think that you have responded in kind” means, repeatedly supplicate for him until you think that you have rewarded him his due.

Ibn Umar (ra) narrated that the Messenger of Allah (pbuh) said, “…Whoever asks you in the name of Allah, give him. Whoever seeks your protection, grant him protection. Whoever does a favor for you, reciprocate him. If you do not have anything to reciprocate, supplicate for him so that he knows you have repaid him.”
[Sahih (authentic) according to Al Albani & Sunan an Nasaayi 2566] 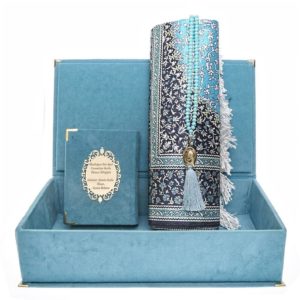 “Reciprocation depends on the situation. With some people, reciprocation may be by giving him something similar to what he gave you, or more. With others it may be by praying for him and he would not accept a gift of money, because if a great man who has a lot of wealth and high status and honour among his people gives you something and you give him a similar gift, he will think that you are failing to give him his due, but for such a person you should pray to Allaah for him. “And if you cannot find anything with which to reciprocate, then pray for him until you think that you have reciprocated him.” That may be by saying to him, Jazak Allahu khayran. That is because if Allaah rewards him with good, that will bring him happiness in this world and in the Hereafter.” [Shaykh Ibn ‘Uthaymeen (ra) in Sharh Riyaadh al-Saaliheen (4/22): 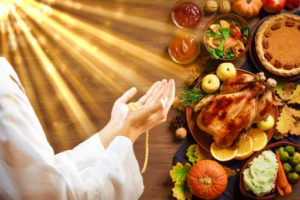 One of the Du’as forms that one can say is ‘Jazak Allahu khayran’ (may Allah (AJ) reward you with goodness).

At-Tirmidhi narrated that Usamah Ibn Zayd (ra) said that the Messenger of Allah (pbuh) said: “Whoever has a favour done for him and says ‘Jazak Allahu khayran’ has done his utmost to thank him.” [At-Tirmidhi]

“Done his utmost to thank him,” means that he has done his utmost to express his gratitude, because he has acknowledged his shortcomings and that he is unable to reward and thank him enough, so he refers the matter to Allah (AJ), to reward him in the best manner. It is said that: “If you are unable to give him back in kind, then speak at length thanking him and supplicating for him.” [Tuhfat Al-Ahwathi]

The Difference Between Charity and Gift-giving

When something is given to anyone for the sake of Allah (AJ) and with the intention of earning the reward of the Hereafter, considering him to be poor and indigent, it will be charity (Sadqa), not a gift (Hadiya). It is only when an offering is meant to be an expression of love and fellow feeling, and, through it, the good pleasure of the Lord is to be sought, that it becomes a gift. 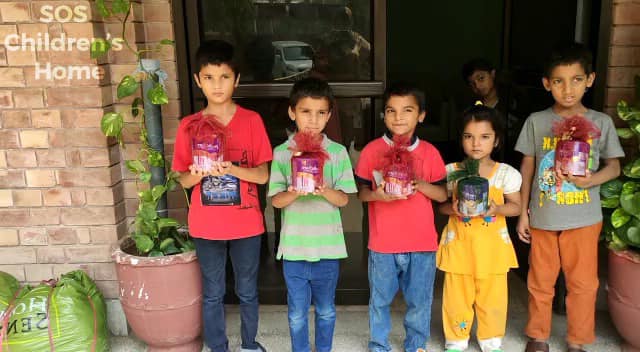 Charity is given to the poor and the needy to meet their needs and is done with the intention of seeking the Pleasure of Allah (AJ|). Its intention is not limited to a specific person; rather it is given to any poor or needy one. On the other hand, a gift is not necessarily given to a poor person, rather it may be given to rich or poor; the intention is to show friendship and to honour the recipient.

It was owing to this difference between Hadiya and Sadqa that the holy Prophet accepted a Hadiya (gift) with prayer and thankfulness and made use of it, while in case of a Sadqa (charity), his practice was that though he accepted it, too, with gratitude and blessed the giver, he did not use it himself, but gave to others. 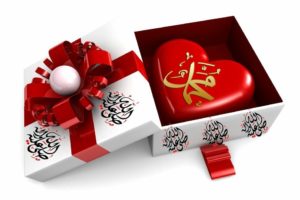 Both of them – charity and gift-giving – are righteous deeds forwhich a person will be rewarded (and please his Lord), but which is better? There is a sense in which a gift is better than charity, such as giving a gift to the Messenger of Allah ﷺ during his lifetime out of love for him. And giving gift to pious people and Awliyaullah (saints) to express your love and respect for them. 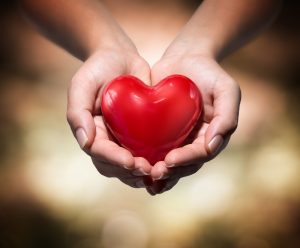 Also, gifts which a person gives to a relative in order to uphold the ties of kinship or to a brother/sister in Islam may be better than charity. Based on this, giving to one of your relatives may be better than giving charity, because it is more befitting to uphold the ties of kinship. The same may apply if you give a gift to a friend of yours, because that will strengthen the bonds of love between you.

Narrated by Abi Hurairah (ra) that the Prophet (pbuh)said:“Give gifts to each other so you will love each other.” [Al-Bukhari, in al-Adab al-Mufrad 594]

What the Hadith means is that giving gifts may generate and increase love. To sum up, gifting vs. giving charity is dependent on the situation but, in principle, spending in charity takes precedence.

Original Date of Suhbah: N/A
There is no Youtube Video

Please Donate to Fatima Zahra’s Helping Hand. and support us to spread these heavenly knowledges by clicking at the Heart below.