Station of the Heart (Qalb قلب) 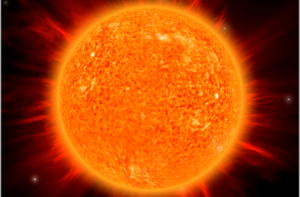 Sun – The Center of The Universe

“The heart of the believer is the House of the Lord.” Hadith Qudsi

“…Purify/Sanctify My House for those who perform Tawaf (circamambulation) and those who seclude themselves for devotion, and bow and prostrate [in prayer]. (Holy Quran, 2;125)

The Station of the Qalb (Heart) is symbolized by the Sun. The Sun is the center of the Universe and Heart is the center of our inner universe. The first sense to open in the levels of the heart is the Hearing. The Qalb is the state of Ilmiya (knowledge), and where all the divinely knowledge come first.

Realities of the First Level of the Heart  – Qalb (Heart)

Highlights of the Station of the Qalb (Heart): 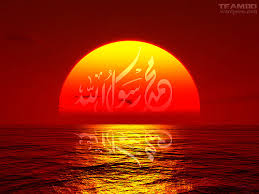 Station of the Qalb (Heart) is the Entry Point

We move from the first station of Qalb (Heart), to the Sir (Secret) the second station, to the Sirr e Sir (Secret of the Secret), to Khafa (Hidden) and Akhfa (Most hidden). For now we focus just on the heart, that the entry point for that understanding, the Qalb and the secret of that color is yellow. Then to the Sir and the secret of that color is red. The Sir Sir is white and is under the station of Qalb. Then from the Sir Sir, you are going to the Khafa which is green and from there to Akhfa which is black, and then annihilating and entering into the Divinely Presence.

Everything is Created from Nur Muhammad (saws)

“I was a Prophet and Adam was between clay and water.” Prophet Muhammad (saws)

He (Prophet Muhammad (saws) said: “O Jabir, the first thing Allah created was the light of your Prophet from His (Allah’s) light, and that light remained (lit. “turned”) in the midst of His Power for as long as He wished, and at that time, there was no Tablet and no Pen, and no  Paradise and no Fire, and no angel, and no heaven or an earth, and no Sun and no Moon, and No Human being and no jinn.

Angels are the Purified Muhammadan Light

We want to talk about the reality of the Malaikah (angels) and the understanding of the lata’if (Energy Points). Means that the servant who is opening their heart and making the tafakkur, their contemplation, then there must be a reality within themselves.

“Your creation and your resurrection will not be but as that of a single soul. Indeed, Allah is Hearing and Seeing.” (Holy Quran, 31:28)

Every Angel has a Unique praising upon Prophet (saws) 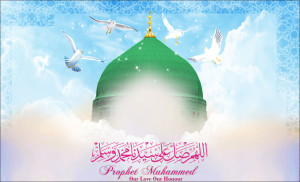 “Allah and His angels send blessings upon the Prophet [Muhammad (saws)]: O you that believe! Send your blessings upon him, and salute him with all respect.” (Holy Quran, The Combined Forces, 33:56)

Its power is from the Zikr of Allah (Azza wa Jal). And the angels’ existence as they come into existence, Allah gives them a unique salawat to praise upon Prophet (salallahu `alayhi wa sallam). Because Allah (Azza wa Jal) described that: verily Myself and every angel that comes into existence, as soon as it comes into existence it is given its own unique salawat, and praising upon Sayyidina Muhammad (salallahu `alayhi wa sallam) as its source of energy. By that praise and by that Zikr it has been given its power. And every praise has ‘allahumma اللّهُمَّ‘  because it praises Allah الله (Azza wa Jal) and then mentions the secret of humma هُمَّ. Allah humma, Allah (Azza wa Jal) keeps the meem م within the humma as a tremendous secret of realities.

at the Station of the Heart (Qalb) 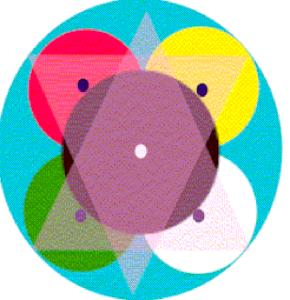 station of the Qalb (heart). It has to do with Sayyidina Jibreel continuously bringing the Message of Allah (AJ). It means that when the servant is contemplating and asking to open their heart, they are opening the reality of their soul.

Sayyidina Jibreel brings you guidance. He can’t bring you wahiy (revelation), because wahiy, revelation is only for Sayyidina Muhammad (saws). But continuous teachings and knowledges must be coming to Bani Adam (children of Adam (as), from the order of Prophet (salallahu `alayhi wa sallam).

Archangel Jibreel (as) is Responsible for bringing Knowledge

It means then the servant is opening the heart and asking to be dressed by the heart. That Sayyidina Jibreel and the light of Sayyidna Jibreel (as) must be present within that saint, within that person who is trying to open that reality. That light of Sayyidina Jibreel is responsible for bringing knowledge from Prophet (s) to that servant, not revelation. Revelation is only for Sayyidina Muhammad (salallahu `alayhi wa sallam) and there is no more revelation as Prophet (salallahu `alayhi wa sallam) is the khatim [ur risala], the Seal of all Messengership.

Then if you go from first station, Qalb (heart) to Sir (secret), then Sayyidina Mikhail is at the Second Station. That as soon as the shaykh begins to open for that student the power of their soul, the reality of their soul, these are all the heavenly supports that 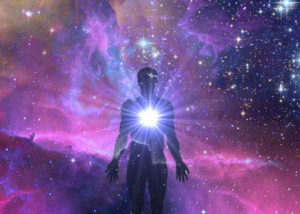 are coming upon their soul.

Angelic Lights Open upon the Soul

When Allah (Azza wa Jal) wants to open for the servant, what are they talking about? What is going to open? It means it is going to open with angelic lights upon your soul. If the light of Sayyidina Jibreel comes and deposits upon your soul, it is an office within your soul of all knowledges. It means every reality that Prophet (salallahu `alayhi wa sallam) wants to open, will be opening through that light and Sayyidina Jibreel will be bringing these lights and knowledges upon the soul.

at the Station of the Heart (Qalb)

Sayyidina Adam (as) at the First Station – Qalb قلب (Heart)

They begin to teach that: every prophet that came onto this earth, they came with a message for 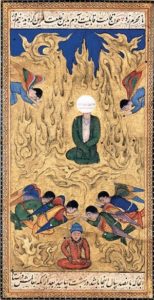 their people and they came with a timeless reality. That the station of the qalb is under the authority of Sayyidina Adam alayhis salaam (peace be upon him), and that Prophet Adam has a timeless reality of: “Wa laqad karamna Bani Adam,”

“We have certainly honored the children of Adam…” (The Night Journey 17:70)

Adam (as) was Taught All the Names and Realities

And that creation was given tremendous honour in Divinely Presence and taught all of its realities.

“And He taught Adam the names – all of them. Then He showed them to 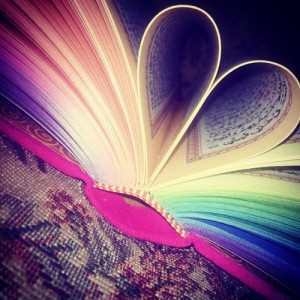 That you have been a noble creation, taught all the names and all the realities, all of it is bestowed upon your soul and then given a form.

Seek the Light and Become a Star

Don’t be lost with the world of the form but seek the world of light. Seek that which is eternal. Later they begin to teach us, this reality is actually the reality of light; it is seeking to be a star. What 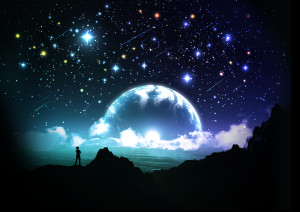 Prophet sallallahu alayhi wa sallam described: “Follow my Companions, any one of them, and they are stars on a dark night.”

“My Companions are like the stars; whoever among them you use for guidance, you will be rightly guided.”

Why Prophet sallallahu alayhi wa sallam gave us the coordinance of a najm and not a planet? Because the star is an ethereal entity. It’s a noble, gaseous reality and it is not physical. That don’t think that your physicality brings you nobility but lose your physicality and enter the oceans of light and reality and, “My Companions are all like stars”. That, “if you follow them like a moon, they will dress you from their realities, bless you from their realities.”

Sayyidina Adam’s Message is to Know Yourself

Then Sayyidina Adam (as) is eternally teaching us that: when you begin to open and “who knows himself will know his Lord”.

“Who knows himself, knows his Lord.” Prophet Muhammad (ﷺ)

This is also like an all-time projection TV. If you had an all-time projection TV, there are certain bulbs that would project onto the screen. The opening of these lata’if and these subtle energies, lata’if from the sifat ul Latif (Most Subtle) [one of Allah’s holy attributes] they are subtle energy points. That by opening these energy points, by you focusing on their realities and the understanding and the knowledges of them, then through the tafakkur and contemplation, Allah ‘Azza wa Jal begins to send these lights upon the soul. Allah (aj) begins to send these yellow lights and the reality of the station of the qalb and the reality of Sayyidina Adam alayhis salaam. Then everything that we have listed [on the levels of the heart diagram] that what is the season, what is the prayer time, what is the zikr; all of our life is based on these lata’if.