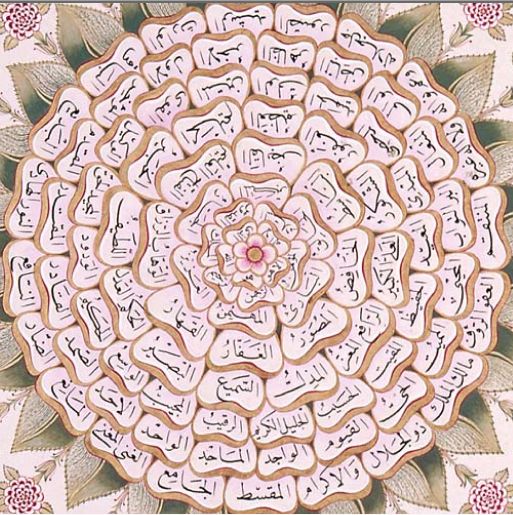 Towards Understanding Your Souls

Anas related that (in section: “fadā’il qul hū Allāhu Āhad”), “ The Jews of Khaybar, came to the Prophet (s) and said, ‘Yā Abul Qāssim! Allāh swt has created angels from light. And He created Adam from clay and He created Iblees from fire and He created heavens from smoke and He created the earth from thezabadul mā’, the foam of the water. Tell us about Your Lord.’ The Prophet (s) did not answer them. [He was waiting for wahy. Although he knows the answer, because Allāh gave him the knowledge of first and last. He would not answer until the answer comes to him. Everyone here wants to make himself he knows something. “I know. I know. I know better.” Everyone knows. Only one says “I don’t know.” So he waited.]   Then Jibraeel {as} came with the surah:

This surah has no mention of Paradise or Hellfire. It only mentions Allāh swt. It mentions neither dunya nor ākhirah. Nor halāl or harām. It  is only pure for Allāh swt. There is nothing else in it.

Whoever recites it 3 times will be as if he had read the entire revelation. You will be rewarded as if you had read the whole Qur’ān.

There are many of these hadith. Abu Huraira related that the Prophet (s) said, “whoever comes to his house and recites Sūrah al-Fātiha and Sūrah al-Ikhlās, Allāh will remove from him poverty and it will benefit his neighbors, [from the favors that Allāh grants him].”

Umar said, “Wallāhi O Prophet of Allāh this is very good. If we recite it 11 times we will have many paradises in paradise.” He replied, “Of course, Allāh is generous, and so recite and take.” Ayesha ® said, that the Prophet (s) sent a man with a division of people to go to a certain place. In the prayer he used to recited Qul hū Allāhu Āhad. When they returned the people said, “the man always recites Sūrah al-Ikhlās in the prayer.” The Prophet (s) told them to ask him why he did that. He said, “It describes the attributes of Allāh and I love to recite it.” The Prophet (s) said, “tell him that Allāh loves him.” This sample from hundreds of hadith explain the greatness of Sūrah al-Ikhlās, and we were planning to explain, but it is too long, we were mentioning yesterday that Allāh is describing Himself, as Āhad. And we explained the difference between Āhad and Wāhid.

Not two. So Wāhid describes the Divine Presence of the Names.

In the tafsir Rūh al-bayān he says, “tawhīd adh-dhātin mukhtasin bi-??? Allāh ta‘ala.”When we refer to the Oneness of Allāh, the description of the Oneness of Āhad is only for the Essence, no one knows it and that is why you can understand Wāhid, but Āhadmust reveal to Wāhid from the Essence. That is why we say there are an infinite number of names. From that Beautiful Essence come these Beautiful Names. From the Āhadcomes the description to Wāhid.

“Allāhu Āhad”, means no one knows that reality.

“Allāhus samad” means this is another description of that reality.

Some reciters connect “Allāhu Āhadun Allāhus samad” connecting the recitation. Some scholars recommend not to connect it as Allāh did not connect. Allāh is sufficient to Himself, He needs no partner. The Self-sufficient Master whom all creatures need. He neither eats nor drinks. We will skip the details of ‘Abd al-Āhad, ‘Abd al-Wāhid and ‘Abdus Samad. We will go to the explanation of ibn ash-Shaykh. He said:

Holy Quran Waqia: 56.7 And ye shall be sorted out into three classes.

What will be the Companions of the Right Hand?

the Companions of the Left Hand?

“This verse is showing that there are three different levels and stations for the seekers and Gnostics whose intention is Allah swt:

The first maqam is maqam al-muqarabbin,.

{This is the Level of Naqshbandi Tariqat}

Victory Inside for Victory Outside Sufi Meditation Center