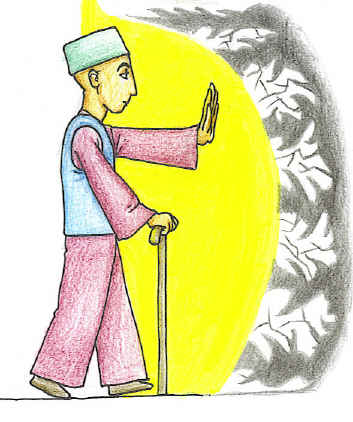 The 7 Points of the Head 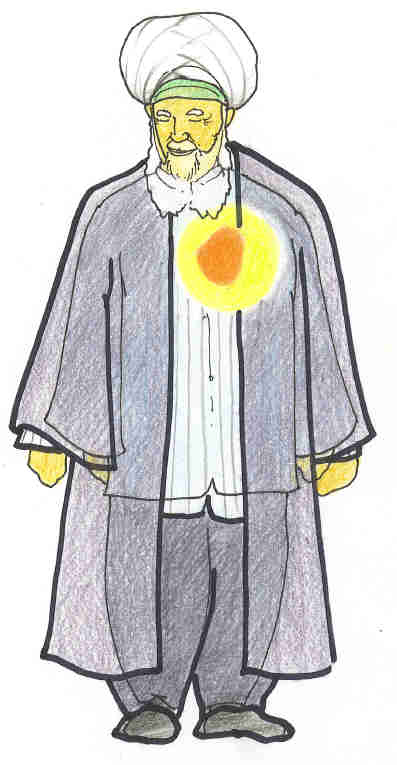 Look to Him to see your example

“When God wants to manifest Himself, He looks at His creation. His first attention goes to human beings because they resemble him. Those who resemble Him the most among them, are the saints; hence the Prophet said of them: ‘They remind you of The Divine.

‘”We also pity you because human beings are unwilling to open themselves to attract the angelic power by which they reach the state of heavenly knowledge that is their inheritance. That makes us appear in your human form in varying shapes and degrees of light, in different places and to different ages of human life, to remind you that you have been honored with an angelic power and a divine likeness.Keep the likeness! Use the angelic power! It shall elevate you to that luminous station without which God said:’

declaring that the light of the heart’s vision must be connected with the light of angelic power, ensuring success and guidance to all human beings. That light shall then appear over the entire human realm like a rising sun and a rising moon over all of creation, without ever setting. The light of this power, at that time, will make every individual like a moon, that is, a heavenly body that will reflect the original light for the rest of creation. By this light, this world will be preserved, the love of nature will rule the earth, and everyone will live in peace and love, swimming in the ocean of angelic beauty and harmony.”  Images By SALIM of Burton

Those who classed it as da’eef have no evidence, except for the view of Ibn Khuzaymah, but those who classed it as saheeh are more knowledgeable than him.Ibn Abi ‘Aasim also narrated (516) that Abu Hurayrah said: The Messenger of Allaah (peace and blessings of Allaah be upon him) said: “When any one of you fights let him avoid the face, for Allaah created Adam in the image of His Face.”These two hadeeth indicate that the pronoun in the phrase “in His image” refers to Allaah, may He be glorified.Al-Tirmidhi (3234) narrated from Ibn ‘Abbaas that the Prophet (peace and blessings of Allaah be upon him) said: “My Lord came to me in the most beautiful image and said, ‘O Muhammad.’ I said, ‘Here I am at Your service, my Lord.’ He said, ‘What are the chiefs (angels) on high disputing about…’” 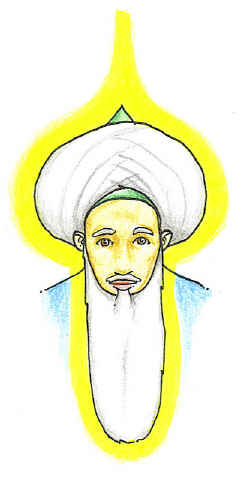 The Process of Submission will return Humans to the Image of  The Divine. It is the image of Honor Love Respect and Chivalry.That Energy is Directed to the crown of the head , It is Safeguarded with a “Cover” .The Shaykhs head cover stresses the importance of covering the Top and the Triangle Taj or Hat under the Turban Cloth is pointing to the Heavens showing that Islam-Iman-leads to Ihsan.

Religion plus Faith = Moral ExcellenceYou can imagine an energy connection  into the spiritual heart of the universe from your crown Lataif/ Chakra while intending that you be aligned with the highest soul purpose while staying well connected to the physical plane.Imagine Energy from above all focusing to One point, on the top the Turban and like a condensed Laser light entering the Crown Lataif or Subtle Energy .You are contained within your self and connected to Earth and the physical and to spiritual source  at the same time in a harmonious balance with the universe .Focusing Energy from Heavens to Crown of Head. Turban Cloth is the Burial shroud of the seeker to remind him that this life is temporary and that the hereafter is the permanent Eternal abode.Hair on Head: For Men Hair on the head diminishes spiritual power and increases vanity and pride as in the Jungle where male Animals adorn themselves to attract females. Humanity is not like Animals, the Divine role for Men is to serve The Divine Kingdom . The nobility of a man is in the Crown upon His Head.Beard: This is the Spiritual Power of Heavenly Men. Angles will flock to the Beard and anoint those hairs with angelic powers. 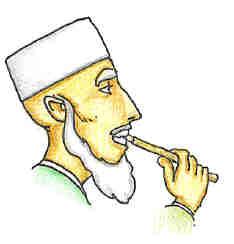 The Secrets of the Mouth.

Is Safeguarded with SIWAK {tooth Stick}The Mouth is the a Holy Opening for Sustenance, Breathing, Speaking.The Prophets teaching that controlling the opening of the mouth is of highest concern and can earn tremendous reward or eternal doom.The Food we eat is filled with energy ,radio waves electromagnetic radiation what ever is in the atmosphere and emitting from creation is absorbed in the food we eat , air we breath.This energy collects in the mouth and will try to be absorbed by the teeth and then sent into the body where it will go to the heart and into the blood and then to the stomach area. If this energy is Bad or overwhelming negative energy then Physical and Spiritual Sickness occur.Enmity destroys teeth,  Bad energies  Darken and weaken the heart and poison the body. 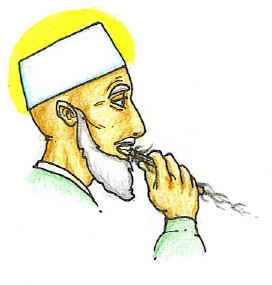 The SIWAK is a grounding  stick that will draw out negative energy from the mouth.If Negative energy is in the mouth, ones words are like fire, when positive energy in the mouth like sweetness that people make take benefit from.The Prophets Prayer was ” O My Lord Clean my Heart from bad thoughts and action and Anger” when we use the Siwak which is made from the root of certain trees. Later we will find that the highest reward from the Divine is the “Fast”. The Divine is showing us that This Mouth The Testifies to His Oneness and the Tongue that Sings His Praise is a tremendous opening safeguard it for the Highest opening of the Heart is Based on its preservation. 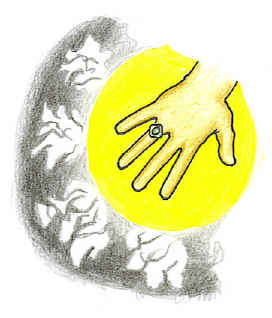 The Power of the Ring and Safeguarding it.The Blessed Ring is Worn on the RIGHT hand , second finger near pinky.The Purpose of the ring is a protection against Enmity, which is a very powerful negative force. Unfortunately Human creation does not understand the gift of energy or what we call life that was given to us. This Atomic energy is always flowing when we feel good others in our ocean of energy will feel good.Be with the Righteous for they are the best of company because they will Enlighten you.But if someone is negative they will send out the negativity to people. causing many sicknesses.The Prophet Muhammad {s} taught that the use of the Ring on the Right Hand {Because of the Right are Ashab al Yamin people of the Right are Blessed, takes away Enmity. Preferable rings and Amber or Turquoise.  For Men silver or Steel base with no gold. {Left Hand is used for Cleaning and for Restroom and unclean.}

The Cane and Safeguarding your Energy. It is Your Grounding Mechanism.Take from Heavens and send Negative to the Earth.Two feet and One cane like modern day electrical prong. This was the way of all Divine Messengers. “Grounding”By Now we are seeing that The Divine Presence sent messengers to teach scriptures, laws, morals but most of all how to reach perfection to return to the Angelic state in which we where created.“You are undoubtedly familiar with electrical grounding energy and its properties, through your experience with sunshine. It is a warming, expansive kind of energy, which can make you feel open, contented, and encompassed or held.On the other hand, too much electrical energy coming in can make you feel lightheaded, disoriented, burned out (“fried”), or jumpy and irritable. Too much (or not enough) heavenly  energy may make you crave sugar.Too much (or not enough) earth energy may announce itself through cravings for salt. 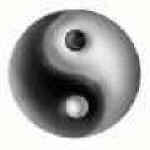 The Eternal Struggle Between Energy of the Heavens & Energy of the Earth. How To Balance and Safeguard oneself.This symbol expresses a continuous flow of “Qudra” or Power in a circular direction as it generates the two opposing forces of positive and negative, darkness and light, heaven and earth, man and woman. { Binary Active 1, Passive 0}These forces interact to balance each other’s excesses and to bring into existence the physical and metaphysical realms.The yin and yang represent all the opposite principles one finds in the universe.

Grounding in the elemental self 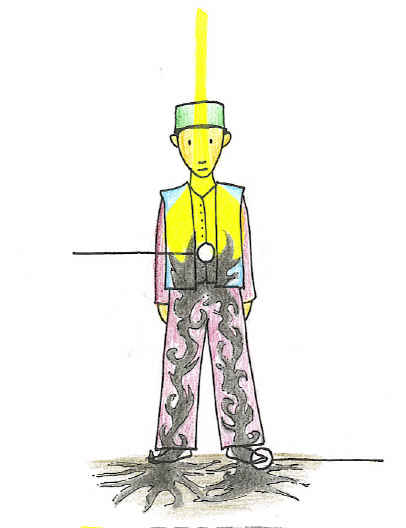 “Your body is a transformer of energy. You bring in electrical energy from the cosmos You bring in magnetic energy from the earth,  and your body mixes and uses these two energies, generally within the areas of the Naval Button and Heart.The lower part of the body is the entryway for a lot of the magnetic energy. That is what you might consider to be “earth grounding” energy. And the top of your head and back of the neck is the usual doorway for the electrical or “sky grounding” energy. “In you earth and Heavens meet and mingle. It is your nature to blend these two as fuel for your life here on the planet.That is why you have a Physicality that Requires Earthly Energy . You also have a Soul that requires Heavenly Energy.“Earth energy is also something we are sure you know well. It is heavy and solid. It is slow, stately and reassuring. If you lie on the ground for a while, feeling the solidity of earth, the support of the ground beneath you, the heaviness of being a physical creature, that is magnetic energy.Too much of it can make you feel confused, lazy, logy, or sleepy.Heavenly Emanation Raining down upon you Earthly Energies coming thru the contact with the earth. These forces are clashing within the Abdomen.The Prophet {s} warn us that all sickness starts from the stomach. 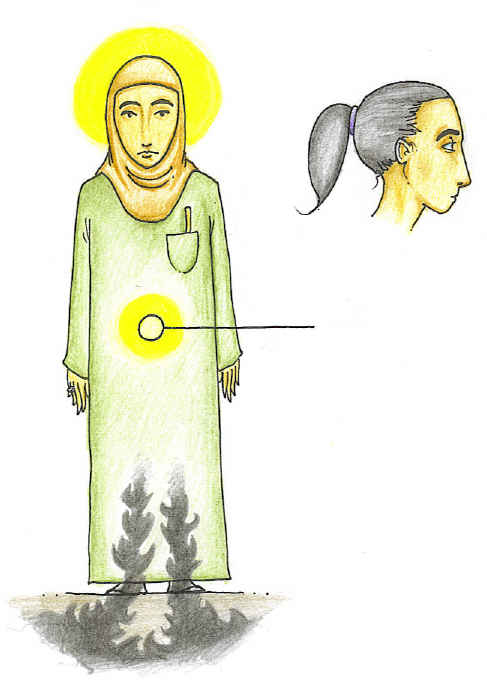 Above  we covered Protection for the Head, Mouth Hands, and grounding aspect of the Cane in Islamic Healing. All of this is now Showing how to Bring energy into your being , how to preserve that energy and how to release negative unwanted energy.Big Secret Within the Womb of a women is called the “Rahm” RaHaMeem” the mercy and secret of creation is a gift of the Divine. Without this we would not be born and the cycle of life would not continue. Protecting that Point Meditating on it and cover it with clothing is essential in its safeguarding.Evilness wishes to expose that point and pull from the secret of life from women. They feed on that energy that they don’t have. 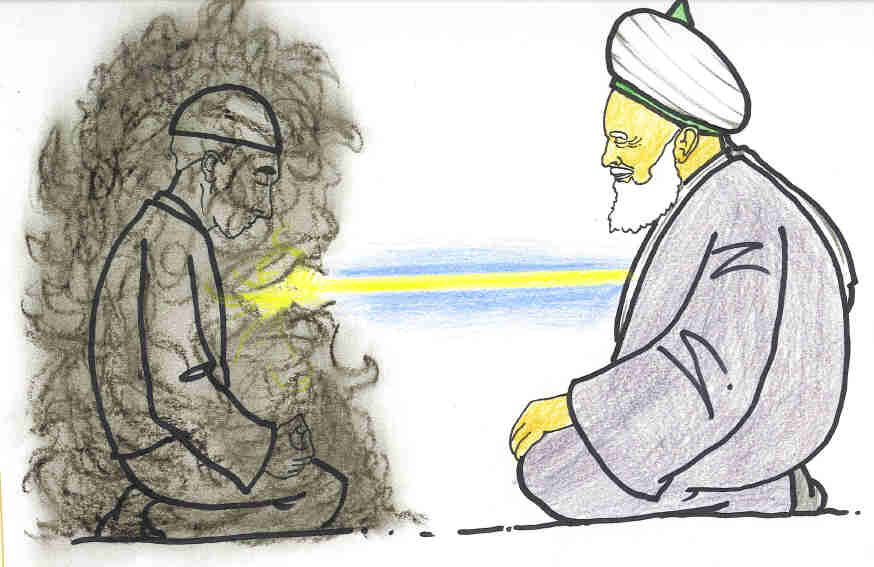 Keep connected with someone more Pious than our selves. This is the Foundation of our way  Do the Core Meditation Step 1

Sufi Meditation Muraqabah Rabita Shareef Taffakur Next Protection Against EvilnessStep 1 Secrets of Fusion with Your Divine Reality Understanding Unity with guide to develop Energy and destroy Bad Habits and sinful Character. Destroy negative shell around us.Step 2 Power of The Hands   Details on how to energize hands with Divine Names & Prophetic Names . Power of Washing and Rubbing. Releasing energy Step 3 Secrets of 7 Points , 9 Points & Spiritual Healing    Where does the Energy come from and where is it distributed around the body. Learning How to Ignite the 7 Points ( 2 more points for all 9 Points) Then 5 point of the heart. There are over 360 points on humans.Step 4 Opening the 7 Points of the Head a Gateway to the 9 Points of the Body:  What are the main Chakras or Lataif of energy on the body ,  its protection and understanding harmful action. Power of The SunnahStep 5 Protection Against Evilness:Defending Yourself Against Evilness , In His Dress is the Dress of Power.
Fana in the Shaykh is the Only way to have the Power of RasulAllah Dressing You.