Home To Update The Birth of Prophet Muhammad (s) is the Birth of Creation.
Previous
Next

The Birth of  Prophet Muhammad (s)

is the Birth of Creation

Why the 3rd Lunar Month , 12th Day is Important 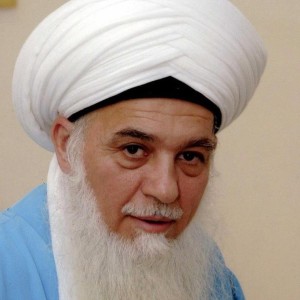 Prophet’s (s) every breath is for the `ummah; {Nafas al Rahma}

We have already spoken about Nur Muhammady (s) – the Light of Sayyidina Muhammad (s), explaining some of the meaning of the verse “Allahu Nurus Samawaty wal Ard – Allah is the Light of Heavens and Earth.”  We also described the meaning of the lamp that Allah (swt) established in a glass, and how that lamp was like a source of light, and that was the reality of Muhammad (s), and how he sweated, and what came from a drop of that blessed perspiration, and how there was condensation all over the inside of this glass under the tarbiya of Allah’s Gaze, and how that Gaze was sending him that light, from blessings on that lamp.

The reality of Prophet (s) felt shy in that light, and it began sweating.

Prophet’s (s) Every Breath is for the Ummah

Prophet (s) doesn’t speak out of his desire or speak out of anything that has no sense.  It means that even Prophet’s (s) breathing is revelation.

You were not sent except as a Mercy to the Worlds.

If you put these two verses together, Prophet (s) is Rahmatan lil ‘alameen, and he never opens his mouth to inhale or exhale by his own desire.

Never did he say anything or open his mouth except from Revelation.

When we inhale or exhale, we have to open and close our mouths.

Not every person can understand ‘uloomun Naby (s).

Even those who are his inheritors can understand only what Prophet (s) wants them to understand.

So it depends – what you can inherit depends on whose feet you are standing at.

The one who is standing at the foot of Prophet (s) inherits from him.

Although they reach a high level of knowledge, some knowledge is just not open.  They have knowledge, and yet it’s like ignorance for them.  They don’t understand.  And this is one of the highest levels.

They have a kind of ignorance, but it is ignorance because they are not able to understand a huge new area of knowledge with which they are confronted.

Sayyidina Aba Yazid al-Bistami (Q) on the Shore of an Ocean,
Sayyidina Shah Naqshband (Q) on the Other Side

That is a big ocean, an Ocean of Knowledge – no one can reach it.  Another Wali, many years later, answered him. Sayyidina Shah Naqshband – in the presence of Prophet (s) and in the association of `Awliya `Ullah, answered him:  “Ya Aba Yazid, you said you have reached the shore of an ocean that no one reached because you didn’t cross to the other side – you would have seen me there.”  This is the highest station that Aba Yazid (Q) had reached.  So because it was for him the highest level, its ocean was unknown to him, confusing, he didn’t understand what it was.

But for Shah Naqshband (Q), it was not a mystery.  He was there – he had reached it.  So even from one Wali to another Wali, there are differences of understanding depending on knowledge and depending on how he received it from the reality of Prophet (s).

Shah Naqshband (Q) said, “Ya Aba Yazid, that ocean that you are standing in is from al ‘ilm Al ladduni – (Heavenly Knowledge).  You are standing on the shore of that heavenly knowledge – you cannot go in and express it because there is no word to express something that relates to heavens.  It can only be related by heart, not by tongue.  The tongue is helpless to explain such knowledge.

The Light of the Essence of Sayyidina Muhammad (s)

He said, “Ya Aba Yazid, Allah (swt), before He created the Reality and Essence of Sayyidina Muhammad (s), Allah created a Light.

Before Allah created the essence of that Dharratun Nabi (s) (the Essence of Prophet (s)),

And Sayyidina Shah Naqshband says that if one dharra (particle) of that Light came into this universe, the whole universe would completely disappear – there would be nothing left from it because of the beauty of that light; everything would collapse – from one particle of the Light of Sayyidina Muhammad (s).

Haqiqat Nabi (s), that spinning, it’s like a sunrise, coming to the highest point, then it goes.  Where does it go?

When he was in “night,” he was in annihilation, { Huwa is Existent Non Manifest Being } not in any way seeing himself.

Rather he was in complete submission to Allah (swt).

Then he said that when Allah (swt) created the Essence of Muhammad (s) from that light, Allah showed him all the secrets `ilal (`Asghar?) – He showed me the secrets, wal Hikam, and the wisdoms and the realities that have been accumulated together in that Essence.

And in that Ocean, I was able to enter – Sayyidina Shah Naqshband is telling Sayyidina Aba Yazid al-Bastami –

“When Prophet (s) was in that state, I was given by these 25 `Awliya permission to enter and learn the secret that Allah (swt) granted His beloved Prophet Sayyidina Muhammad (s).  Whatever Prophet (s) wants you to get of these secrets and knowledges,

I was learning for myself.

That is Sayyidina Shah Naqshband – saying to Sayyidina Aba Yazid, you are on the shore and I am on the other shore – I have crossed it, I saw the whole ocean.

You have not yet seen the whole ocean.

And that’s why Allah said to His Beloved Prophet (s),

Sayyidina Muhammad (s) never said anything from his desire,

only when it was revealed to him.

He never says anything except from Allah’s Light transformed into words.

Those words are revealed to `Awliya `Ullah from the tongue of Prophet (s),

Therefore Prophet (s) never emitted one drop of a word from his own desire – everything he said was what Allah (swt) taught him, from when there was no time until there is no time, from beginning to end, when there was no beginning and no end, Prophet (s) is receiving in every moment these realities, and he is being dressed with them.

Sayyidina Shaykh Sharafuddin is saying that after Allah created Prophet’s (s) Essence from that spinning Light, which until today is spinning, Prophet (s) never thought about himself.  Rather he always asked for his ummah.  He is saying, `ummaty, `ummaty (“my nation my nation”), and he never wanted anything for himself.  He is a sincere servant to his Lord.  He is the only servant whom Allah will ask on Judgment Day on behalf of the `ummah.

Grandshaykh said, may Allah bless him, that on Judgment Day, Allah will call His beloved Prophet (s), to ask him on behalf of the whole `ummah, and that is the meaning of

That’s why Allah is giving the shafa’ah to Prophet (s), intercession – he will be asked, representing the whole `ummah.  And Sayyidina Muhammad (s) will answer on behalf of all those who said “La ilaha ill Allah Muhammadur Rasul Allah” (s).

May Allah make us from them.  May Allah (swt) grant us the shafa’ah of Sayyidina Muhammad (s), and send us to Paradise.

So Allah (swt) will send to his servant whatever He wants.  And Allah doesn’t send except good – Allah never sends bad.  Bad is from us.  When Sayyidina Adam (as) ate from the tree, he said, “Ya Rabbi, that is from me, I made the sin.”  Iblis, what did he say? “You made me to do that.”

Listening, humbly.  Our duty is to listen and obey.  If a young person comes to you and tells you (answer?), my advice to you is say “Yes!”

Don’t say “This is a little kid, doesn’t understand.”  Say “Yes.”  You are not losing anything.  Who made that little kid speak?

What is the Naqshbandi Islamic Way