The Deception of Dajjal – Hell Will Be Heaven 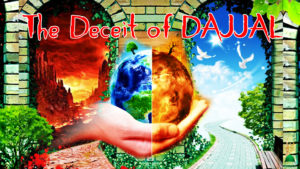 InshaAllah, that an understanding people use this word of bid’ah, that an innovation, and we’re in a time in which Prophet ﷺ  described. So the heading for this is, ‘There’s no bid’ah in ‘ibadah.’ There’s no bid’ah (innovation) in ‘ibadah (worshipness). And we live in a time in which Prophet  ﷺ described that dajjal (man of deceit) would come and he’ll have hell in one hand and paradise in another and he warned us ﷺ, ‘If he offers you paradise, know that it’s hell!’ The dajjali madhab, if they promote to you paradise Prophet’s ﷺ warning, know it’s jahannam (hellfire) and if they tell you something is going to take you to jahannam know that it actually is from paradise.

Narrated Huzhifa (ra), the messenger of Allah (pbuh) said: ”He has, (in reference to the man of deceit, Dajjal) the paradise and the hellfire, his fire is paradise and his paradise is hellfire. (Sahih Muslim)

Don’t Make What is Permissible Forbidden 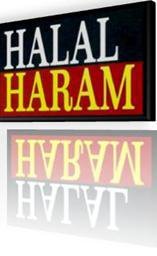 So, when we understood that then who could dare say that ‘ibadah and worshipness is bid’ah? So, come Salatul Khayr, the Nisf e Shaban and, ‘I want to pray 100 rakahs (cycles of prayer).’ Fifty crazy people are on the Internet and saying that, ‘Prophet ﷺ didn’t do this and we don’t have a hadith for this.’ Ya hu, you don’t need a hadith to pray, it’s the shari’ah (Divine Law). Allah (AJ) described that, ‘Don’t make halal (permissible), haram (forbidden).’ What does that mean? Halal is to pray, pray all day, fast all day, make Hajj (pilgrimage) everyday, it’s ‘ibadah – there’s no limit to ‘ibadah.

The Dajjali System Promotes Haram to be Halal

Imam Abu Hanifa (as), 1,000 rakahs every day, a thousand until he had severe arthritis; you can’t tell him that, that was bid’ah. This is a dajjali system that take that which is halal by Allah (AJ) and then promote it as haram, and then people promoting that too. ‘Oh, this is haram, this is a bid’ah, this is…’ There is no bid’ah in praying 100 rakahs, 5,000 rakahs. I want to fast everyday this month, ‘This is an innovation’ [Shaykh refers to dajjali madhab]. They don’t even understand that word – the innovation is you taking halal and making it haram, this is dajjal.

The Praise of Allah (AJ) Can Never be Haram 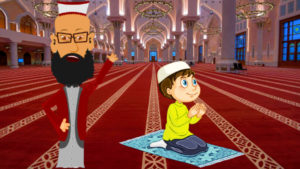 And this is what Prophet ﷺ had warned us. They’re going to come and tell you everything from our paradise, ‘I want to pray to Allah (AJ), I want to make zikr (remembrance), I wanna go into a mosque and say, “Allah, Allah, Allah, Allah.” Say, ‘Haram, Ya Akhi!’ [Referring to to dajjali madhab]. Oh, so now the mentioning of Allah (AJ) it became haram, how? When could ever mentioning Allah’s (AJ) name, which is halal, be modified by somebody to become haram? But you know what the real bid’ah is, that you’re not supposed to have dancing women in Mecca and Madina, but that haram they made halal.

Hypocrisy of the End of Times – Halal Nightclubs 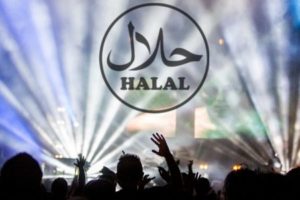 They bring their nightclubs; they said, ‘We have a halal nightclub and all naked women, no dressing but there’s no alcohol.’ Oh, so now you took haram and you made it halal. Isn’t that what Prophet ﷺ described for us? All our worshipness became a bid’ah and became haram, praying is haram for what they say, fasting became haram for what they say, umrah they say too much… Every type of worshipness they say is haram, that’s what dajjal would do. And they took every haram and made it halal. They took now Beyoncé to go and make ziyarat (visits of holy places). Paris Hilton is in the hotels of Mecca and no zikr is allowed; she has a store. Isn’t that haram? But it became halal. 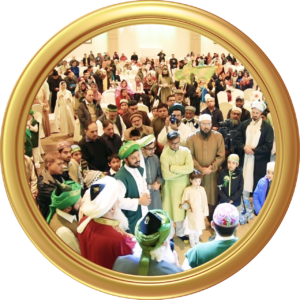 Nothing From Worshipness Can be Classified as Innovation 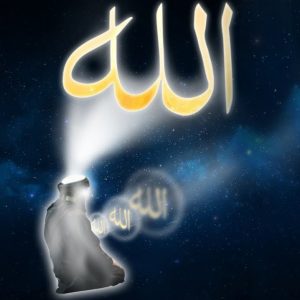 That glorify Allah (AJ) as much as you want; you make takbir of Allah (AJ) in any masjid, this is Allah’s (AJ) name, this can never become haram. And then praising upon Allah (AJ) can never become something forbidden. So this was to clarify these people who are talking about bid’ah and commenting, ‘Is this a bid’ah?’ Don’t even use that word, you’re misunderstanding. That nothing from worshipness can be categorized, when Allah (AJ) said something is halal, there’s nobody on this Earth can make it to be haram.