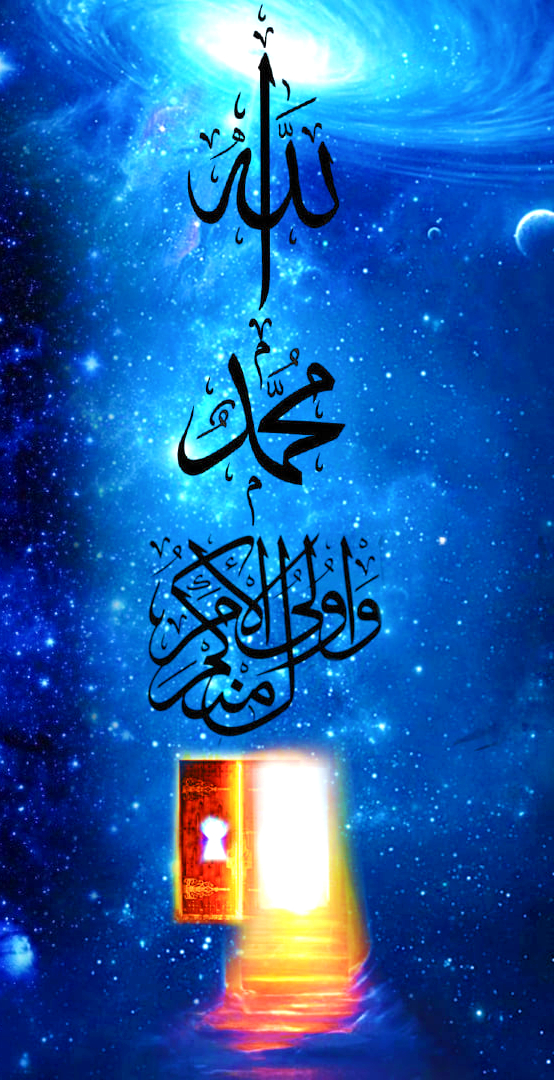 Importance of Tafakkur and Keeping the Presence

To know yourself is to be in Islam (submission) and have a shaykh (guide) to sit with and learn from. Our way is to focus on Mawlana Shaykh and keep his presence with you at all time. When you don’t feel the Shaykh’s presence, then you will think to yourself, why? What have I done that I don’t feel shaykh’s presence? Did I not do my awrad (daily practices)? Keeping the shaykh’s presence, asking for madad (support), keeping your practices, and asking Mawlana Shaykh to dress you with his presence is hard. But that is the concept of insan kamil (perfected human being).

How could you be insan kamil (perfected being) and reach Allah (AJ)? You have to go through nur (light), to 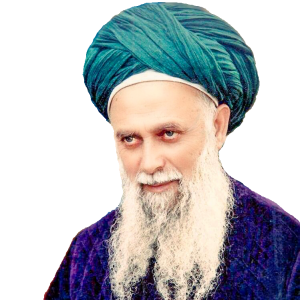 the sir (secret) to get to the naar/diya (source of light), and then you will get to alif which is Izzatullah (Allah’s (AJ) Might and Magnificence). Now everyone has a nur (light).

It doesn’t matter if you are with Mawlana Shaykh. You can be sitting in front of them, but not be getting anywhere. The importance of tafakkur (contemplation) and muraqabah (meditation) was that you could connect with the shaykh. Otherwise, you could sit with them for 20 years and nothing can happen and you will go to the grave like that. Mawlana Shaykh Nazim al Haqqani, is the shaykh e kamil (perfected guide) and he has many representatives. Therefore, come to his representatives and understand how to reach to the sultan. Don’t just sit at home because nothing will happen. That’s just sun bathing.

Shaykh Teaches You About Love

The reality has to teach you from the three presences: muhabbat (love), hudur (presence) and 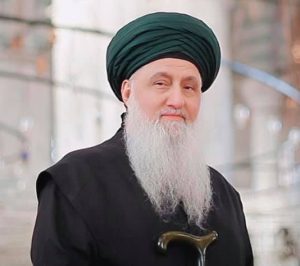 Love of Mawlana Shaykh takes you to the presence of the shaykh.

1. First come to the Sufi Dargah (Khaniqa), to be in his (teacher/muqaddam) physical presence
2. Then be in the presence of the shaykh spiritually
3. That begins to be fana in shaykh (annihilated in master)

Brick by brick fana (annihilation) is opening because you keep love and you keep the hudur (presence) of Mawlana Shaykh; that is physical and spiritual presence. You can’t say that I watch internet and connect with the shaykh through internet. You need the physical hudur (presence) because their representative has Shaykh’s hudur (presence).

There are different levels:
1. First level is the muhabbat (love), then the hudur (presence), and then fana fi shaykh (annihilation in master)
2. Second level is the muhabbat (love), hudur (presence), and then fana fir Rasul (annihilation in Messenger)
3. (Nothing is for the 3rd level. Because fana fillah is only for Prophet ﷺ)

“…And to Allah belongs [all] honor, and to His messenger, and to the believers, but the hypocrites do not know.” (The Hypocrites, 63:8)

Just in the understanding of your relationship with the shaykh, has the three Izzat (honour). Therefore, the Face, the Presence, and Essence are from that secret; which we explained earlier.

Every Reality Has a Face

“…Everything (that exists) will perish except His holy Face. To Him belongs the Command, and to Him you will be returned.” (The Stories, 28:88)

Allah (AJ) says to focus on haq (truth) and not the falsehood because falsehood is perishing.

“And say, Truth has come, and falsehood has perished. Indeed falsehood, [by its nature], is ever perishing/bound to perish.” (The Night Journey, 17:81)

Haq (truth) is the Face because Allah (AJ) said, ‘Everything perishes but the Face.’ Focus on the face of the shaykh and that is love. By love, you keep looking at the shaykh and then it opens the hudur (presence). Then even when you are not with him physically, you will feel his hudur (presence). Only by concentrating on the Face, the hudur (presence) opens because of Izzatullah (Allah’s (AJ) Might and Magnificence). Izzat (honour) always flows from Allah (AJ) to Prophet Muhammad ﷺ and then to the mumineen. It is like a rope reaching up.

Hold Tight to the Habl (Rope) 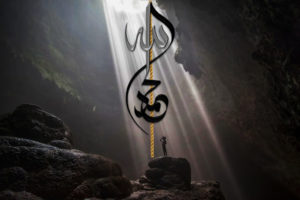 Allah (AJ) didn’t say hold tight to the bar because that would mean everyone is at the same level. Rope is showing that somebody is on top of you and somebody is below you. That Izzatullah (Allah’s (AJ) Might and Magnificence) flows through the rope. Rope is now a form; and the form is Prophet Muhammad ﷺ. Rope is called habl in Arabic and love is called hub. Allah (AJ) doesn’t care about the physical rope. The form is the Prophet ﷺ.

Sacrifice is in the Lineage of Prophet’s ﷺ from Ismail (as), to His Father to his Grandchildren 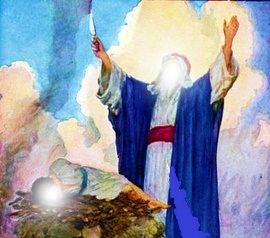 Therefore, Prophet Muhammad ﷺ said, ‘I am from two sacrifices.’ He ﷺ is coming from the line of Ismail (as). His lineage is from Ismail’s (as) sacrifice that Allah (AJ) had asked Ibrahim (as) to sacrifice his son Ismail (as). Then Angel Gabriel (as) changed it to a lamb. The second sacrifice that Prophet ﷺ was referring to is from a time that Abdul Mutalib was going to sacrifice one of his sons and he was thinking about Abdullah (Prophet Muhammad’s ﷺ father). However, someone came to tell Abdul Mutalib to sacrifice camels instead. But it did end with the sacrifice of Prophet’s ﷺ grandchildren. They sacrificed themselves in Karbala.

Hub (love) is created from two letters of ha and ba. Ha represents for hayat (ever-living) and ba

represents baqa (eternal existence). Baqa is the Bahrul Qudra (Ocean of Power). Baqa means resurrected to Allah’s (AJ) Presence. Ahle baqa (People of Eternal Existence) operate from their reality, not from the physicality. They have reached baqa from the ocean of al-Haq (truth).
The word haq is made of two letters as well, ha and qaf. Ha represents hay (ever-living) and qaf is for al-Qayyum (self-sustaining). Hay and Qayyum are two attributes of Allah (AJ)). Haq (truth) is manifestation of the ocean of power. What comes from ocean of power is al-Hayy ul Qayyum (ever living and self-sustaining). As Allah (AJ) says in Quran, “Qaf, wal Quranil Majeed.”

Ahle Baab (People of the Door):

Habl (rope) is coming from that ocean of power. There are qasidas (prophetic praises) that says Ahabab (lovers) and Ahle baab, those who guards the door.

Your beloveds are the people of the door
O Lord, O Lord, O Lord
Send your blessings upon us
Help us, send us your support

Prophet Muhammad ﷺ said, ‘I am the city of Knowledge and Ali is the door.’

“I am the city of knowledge and ‘Ali (as) is its door/gatekeeper.” Prophet Muhammad (pbuh)

The Root of the Word is Important 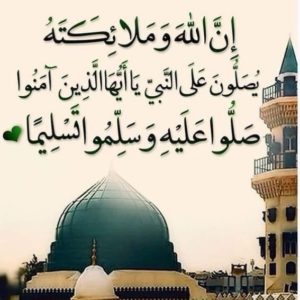 Understanding the Arabic language is important according to Shah Naqshband (q). In Arabic, the roots of the word is important. Whatever the branch, it’s from the same root. For example, taslim means submission. But people are misinterpreting it when they say, “Yaa ayyuhal ladhina aamanu sallu ‘alayhi wa sallimu taslim.” They say taslima is peace, but it means submission. It means, ‘Oh, those who believe, praise and submit.’

“Allah and His angels send blessings upon the Prophet [Muhammad ﷺ]: O you that believe! Send your blessings upon him, and salute him with all respect.” (The Combined Forces, 33:56)

Taslim means submission from Atiur Rasul (obey the prophet) (Holy Qur’an, 4:59) and from the ayat (verse) of Qur’an, ‘Tell them, ya Muhammad, if you love Allah, fatabioni.’ 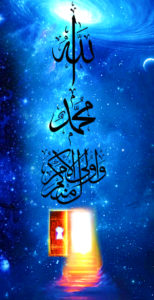 Face Take us to Presence and then To Essence 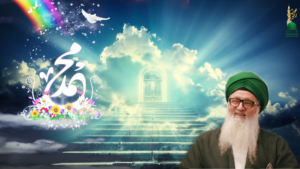 From face to the presence and the presence shoots you up to the essence. That is the mi’raj (ascension) of the soul. Why do some people feel the energy and power of the Lailatul Isra wal M’iraj (Night of Ascension)? That’s because they have seen the face, and they have the love; therefore they feel the hudur (presence) in Lailatul Isra wal Mi’raj. Our mi’raj is with Mawlana Shaykh and Mawlana Shaykh’s is with Prophet ﷺ and in Prophet’s ﷺ heart is the Divine Presence.

From the material world, everything is locked to form and they don’t want to lose the form. People are so focused in what is Ka’bah, where is the Ka’bah, and which way is the qibla that they have forgotten the reality of the Ka’bah being the heart of the Prophet ﷺ.

Take Notes be a Student of Realities Sufi Meditation Center