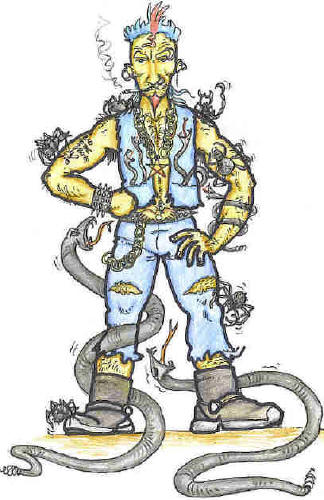 What is Rabbaniun or Lordship

On the contrary (he would say): “Be you Rabbaniyun (learned men of religion who practise what they know and also preach others), because you are teaching the Book, and you are studying it.”

Who Knows Himself  will Know his Lord. [Arifi Nafsihu Arif Rabba Hu]

Rabb is a Title of Nobility and Honor, Understanding The Divine Government.

Our Beloved Messenger stated, “Who Knows himself will Know his Lord/Rabb.” It is necessary to understand Lordship before one may call himself Abdullah, a servant of Allah. Holy Quran: Yusuf : 12.1 A.L.R. These are the symbols (or Verses) of the Wise Book. { Alif -Divine Essence , to Lam-Lahut-Existence & Light , Ra- Sifat Al-Rabb – Lordship or Divine Governance of the Universe.}

4:59 O ye who believe! Obey Allah, and obey the Messenger, and those charged with authority among you.

When the process of Self-realization starts, we will find that we are servants of many things before anyone can claim to be a servant of Allah.  If not, we would all been Saints.

First Level is that of a servant to Shaytan/Egoism :

People following their own lusts and desires Allah asks, “Have you seen those who make their Desires their LORD?”

Drinking, smoking, drugs, fornication, anger and many other vices.

These are all Lords over you.

That is why many people cannot stop committing evil.

That wickedness is very powerful and has a tremendous hold over people.

That is why Sayyidina Muhammad (S) said,

“One hour of Meditation is better than 70 years of worship ”

In that level of self-realization, we will find that before we can serve Allah we must not be a slave to Shaytan.

In the Holy Quran: Yusuf:  12:23,  He (Prophet Yusuf) said: “Allah forbid!  Truly (thy husband) is my lord”  he made my sojourn agreeable!  Truly to no good come to those who do wrong!” (the Prophet of Allah is showing us that Lord are those in authority and must be respected!)

The Degrees of Lordship over you are,

Surah Yusuf 12:53, the (human) ego is certainly prone to evi [al-Nafs al aammar], unless my Lord does bestow His Mercy:

Then, when evilness is destroyed, Allah asks us to make our way the way of Haqq and truthfulness. Allah is the treasure we are seeking. We will not arrive without tremendous trials of Faith. Islam is Accepting , the station of Imaan and faith in much higher.

The way of the seeker then obedience to the Ulul Amr.

Once you are accepting Truthfulness as your way ” Tariqat” . You will be tested in Family, wealth and your life as He tested His beloved Prophets..

Once you are accepting Truthfulness, the way of the seeker Obedience to the Ulul Amri Minkum.

Those in Authority over you must be respected Ulu Amri Minkum:

As stated in the Holy Quran Yusuf 12:42 ……He (Prophet Yusuf) said: “Mention me to thy lord” But Satan made Yusuf  forget to mention him to his lord:

To be law abiding, obey your Leaders and elected officials or kings over you. Obey Local Governments, Mayors, Council people, Police Law enforcement. Submit, realize all things come from Allah. You cannot say this is not a Muslim country or it is a Muslim country. People of Haqq obey all Laws of any land in which they live in. This is Submission to the will of Allah and His Beloved Messenger. Once the Authority / Ulul Amr of Dunya are Respected then, The Heavens will guide to Those in Spiritual Authority.

Holy Quran 3.18 There is no god but He: That is the witness of Allah, His angels, and those endued with knowledge, standing firm on justice

If we are successful in understanding their Lordship over us and Obedient .

Hadith qudsî via Abu Hurayra, “My slave does not draw near Me with anything

I love more than what I have made obligatory for him. My slave continues to draw near me with super obligatory actions until I love him. When I love him, I am his hearing with which he hears, his sight by which he sees, his hands with which he strikes, and his feet with which he walks. He will become Rabanniya and say be and it will be ” (Sahih al-Bukhari, 81:38:2)

Ati Rasul, That is to obey Rasul.

He is Malik al-Hayat { King of Life} Malik al-Dunya { King of the Worlds}. He Is Eternally Muhammad RasulAllah.

He is Rabb Lord over you, He is Rahmatan lil Alameen, Mercy to all creation.

He is Miftah Rahmah, He is Rasul Raheem, He is Sayedena Siratal Mustaqeem.

He is Awwal Khalq ilah, His holy soul is the first of all creation, the light of which all things are borne. He is the Akhir, last of Messengers.

He is the Perfection of Human Form.

Holy Quran : 4.1  O mankind! reverence your Guardian-Lord, who created you from a single person, created, of like nature, His mate, and from them twain scattered (like seeds) countless men and women

The Divine Names are the language of the state accorded by the realities By.

Shaykh Akbar Ibn Arabi. Know that the Divine Names have a tongue of state which is accorded them by their realities.

The essence of Allah is One in as much as it is essence.

I say that the names gathered together in the presence of the Named.

They looked at their realities and meanings and asked for the manifestation of their judgments so that their sources would be set apart by their effects.

The Attribute of The Creator {Al Khaliq 11th} is He who § is the Determiner, §  the Knower, § the Manager,

They said, “How can there be action unless these sources are manifest in which our judgments appear so our authority is manifest?” So after the manifestation of the source of the world, the Divine Names which some of the realities of the world demanded sought the protection of the Name, the Originator. (al-Badi). They said to Him, “Would You bring into existence these sources to manifest our judgments and establish our authority since the presence we are in does not accept our effect?”

The Originator said, “That must be referred to the Name, the Powerful. I am under His control.”

Then they resorted the name, the Powerful (al-Qadir). { Speach from Essence Ql, Al-Qadir + Lam- Lahut}

He said, “I am under the control of the Transformer. I cannot bring any source among you into existence except by His direction. Nothing is possible for me in itself except that a command from the Commander comes to it from its Lord.

When He commands it to take form and says to it, ‘Be!’ then I can do it and connect it to bringing into existence, so I give it form from that moment. Go to the name, the Transformer. Perhaps He will prefer and make dominant the aspect of existence over the aspect of non-existence.

The Commander, the Speaker and Myself will be joined together and bring you into existence.”

They came to the name, the Transformer Al-Musawwir and said to Him,

“We asked the name, the Powerful, to bring our sources into existence. He referred the matter to You. What do you say?”

The Transformer said, “The Powerful spoke the truth, but I have no news about what the name, the Knowing, AL-Aleem has judged regarding you and whether His knowledge of bringing you into existence has preceded in particular or not.

I am under the control of the name, the Knowing. AL-Aleem Go to Him and tell Him your business.”

There is a presence which controls us, and it is the name Allah.

We must appear before Him, for it is the presence of gatheredness.”

All the names gathered in the presence of Allah.

He said, “What is your concern?” They told him. He said, “I am the Name which gathers together your realities.

I am the proof of the Named, and it is the pure Essence which has the attributes of perfection and disconnection.

Stay until I go in to My proven.” He went in to His proven and told Him what the possibles had told Him and what the names conferred about.

He said, “Go out and tell each of the Names to attach itself to what its reality demands in the possibles.

I am the One by Myself in respect to Myself.

The possibles demand My rank, and My rank demands them.

All the Divine Names belong to the rank, not to Me, except for the One. It is a name particular to Me, and none shares with Me in its reality in any aspect, either among the names, the ranks, or the possibles. The known balance, prescribed limit and protected Imam The name Allah came out,

and with Him came the name, the Speaker, to interpret for Him to the possibles and the Names.

He mentioned to them what the Named had mentioned.

When the sources and effects appeared in beings, some began to subdue others and prevail over them according to what they are based on among the names and this led to dissension and strife.

They said, “We fear that our order will be corrupted and we will be joined to the non-existence which we were in it.” The possibles warned the Names about what they were informed of by the Names, the Knowing and the Manager.

They said, “O Names! If your judgment is on a known balance, and prescribed limit by an Imam to which you refer, our existence will be preserved for us and we will preserve your effects on us for you.

That would be better for us and you. Go to Allah. Perhaps He will advance someone who will prescribe limits for you to stop at.

If not, we will be destroyed and become void.” They said, “This is useful and a proper opinion.”

So they did that. They said,

“The Name, the Manager , is the One who decides your affair.” They went to the Manager with the matter. He said, “I will do it.”

He entered and emerged by the command of the Real,  Al-Haqq {108 Surah the Kawthar}  to the Name, the Lord , Al-Rabb.

He said to Him, “Do what benefit demands to make the sources of these possibles go on.

” He appointed two ministers to help Him, as He was commanded.

Allah says, “He manages the affair and distinguishes the signs. Perhaps you will be certain in the encounter with your Lord.”  who is the Imam.

So look at how wise are the words of Allah when He brought a phrase in accordance with the state which obliges that the business be based on it! …Futuhat Makkiya Shaykh Ibn Arabi.

Secrets of “7” Nun and Nitrogen of DNA

From Atom / Adam to You Part 1