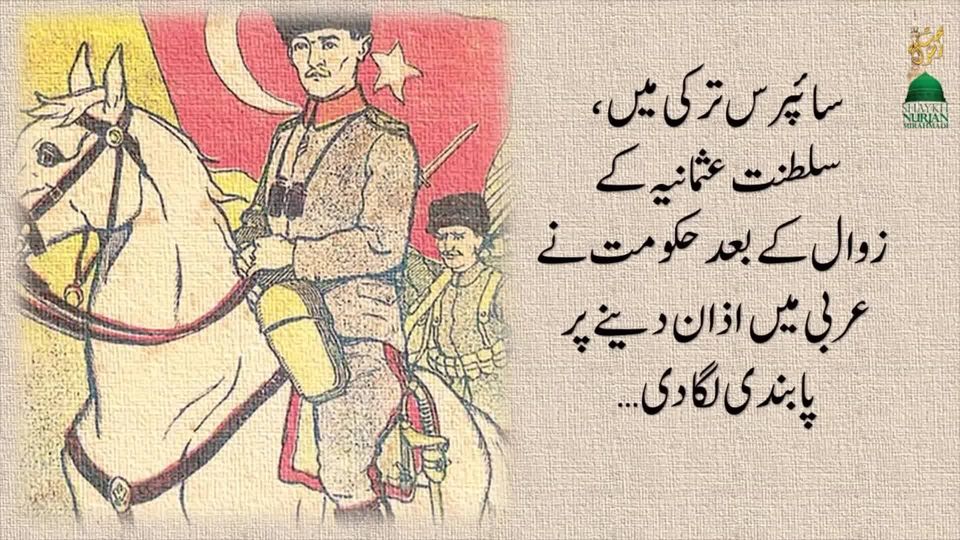 “When Shaykh Nazim (Qs) began to spread spiritual guidance and Islamic teachings in Cyprus. Many followers came to him and accepted the Naqshbandi Order. Unfortunately it was at a time when all religion was banned in Turkey, and as he was in the Turkish community of Cyprus, religion was entirely banned there as well.

Even the calling of the adhan was prohibited. His first action after reaching his birthplace was to go to the mosque and call the adhan in Arabic. He was immediately jailed and stayed in jail for one week.

As soon as he was released, he went to the big mosque of Nicosia and called the adhan from its minaret. This made the officials very angry and they filed a lawsuit against him. While he awaited the lawsuit, he went all over Nicosia and nearby villages calling the adhan from the minarets.

As a result, many more lawsuits were raised, and eventually there were 114 cases pending against him. Lawyers advised him to stop calling the adhan, but he said, “No, I cannot. People must hear the call to prayer.”

The day of the hearing arrived for the 112 cases. If prosecuted and convicted he could receive over 100 years of jail time. The same day, the election results came in from Turkey: a man named Adnan Menderes had been voted into power. His first action as President was to open all mosques and to permit the Adhan to be made in Arabic. That was a miracle of our Grandshaykh.”